Click the following link for a safe PDF copy: Major Blocs of Emigrants in the Fields of al-Shām — Thanks to the People of Syria and Support for Hay’at Taḥrīr al-Shām 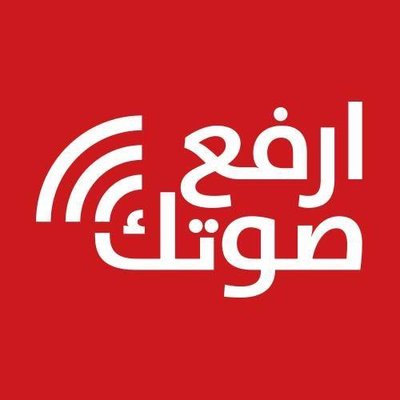 Click the following link for a safe PDF copy: Clarification of the Mujāhidīn Muhājirīn in al-Sham About the Reality of the Field

Over the past few years, the influx of Tunisian fighters to Iraq and Syria has rendered Tunisia practically synonymous with a phenomenon that is still not well understood. This new Policy Note by jihadism expert Aaron Y. Zelin seeks to remedy this gap by quantifying the flow of Tunisian fighters, in particular the recruitment push within Tunisia from 2011 to 2013, and exploring the history of their networks in Iraq over the last decade.

This study examines the motives driving Tunisia’s foreign fighters, the roles they have assumed with jihadi groups in Iraq and Syria, the reasons why many have returned to Tunisia from the battlefield, and the dilemma this poses to the Tunisian state in terms of security and human rights. A deeper understanding of Tunisia’s foreign fighter phenomenon will help situate the trajectory of the jihadist movement both inside and outside the country, while suggesting ways to tackle this challenging issue.

Over the past seven years, jihadist activism has proliferated across multiple arenas, joined by an unprecedented number of individuals who have become foreign fighters. Much of the focus has understandably been on foreign fighter flows to Syria, but Libya has also seen a major influx. In fact, Libya now stands as the fourth-largest foreign fighter mobilization in global jihadist history, behind only the current war in Syria, the Afghan jihad of the 1980s, and the 2003 Iraq war. Moreover, it marks the first time East and West Africans have truly become involved with foreign fighting abroad versus sticking to local insurgencies or terrorism. Attacks in Britain on May 22, 2017, and Germany on December 19, 2016, both connected to the Islamic State (IS) in Libya, demonstrate the possible consequences abroad of the Libyan jihad. All such factors indicate the value of examining Libya’s foreign fighter network and the insights it offers regarding the future trajectory of jihadism in North, East, and West Africa, as well as Western Europe.
Click here to read the full 28-page paper. 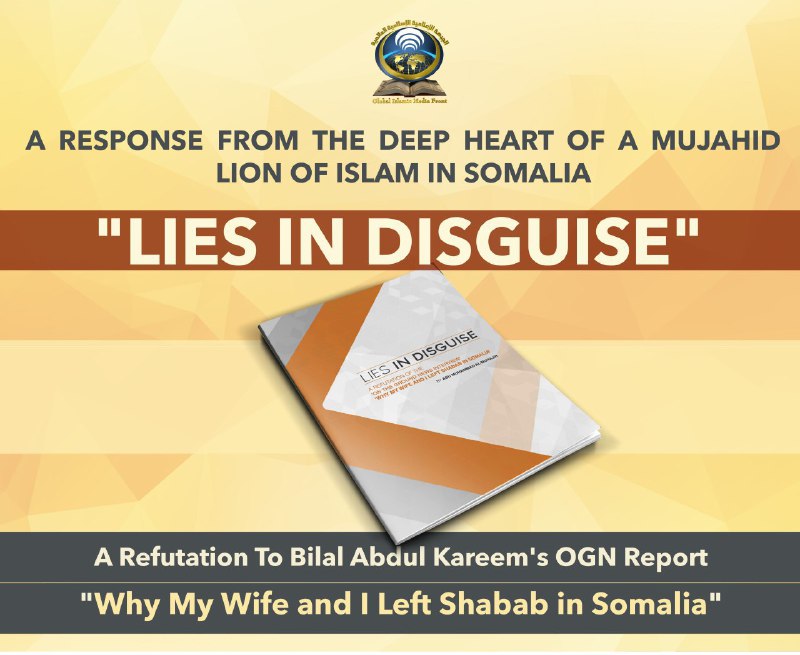 Click the following link for a safe PDF copy: The Global Islamic Media Front — Lies in Disguise- A Response From the Deep Heart of a Mujāhid of the Lions of Islām in Somalia
____________

After Libyan British jihadi Salman Abedi killed twenty-two people in Manchester earlier this week, a friend of his noted that he had just returned from a three-week trip to Libya only days before the bombing. Although British investigators have yet to uncover or disclose publicly that the twenty-two-year-old suspect joined the Islamic State or received training while in Libya, his brother reportedly admitted that they were with IS following his arrest earlier today in Tripoli. In addition, IS has claimed responsibility for the bombing, and the French government has since revealed that Abedi traveled to Syria as well, raising concerns that the attack was the group’s first directed operation from Libya into Europe. If so, it reiterates the dangers of foreign fighter training abroad. It also puts the spotlight on the flow of foreign fighters to Libya, which many have understandably ignored due to the even larger flows seen in Iraq and Syria.
Click here to read the rest. 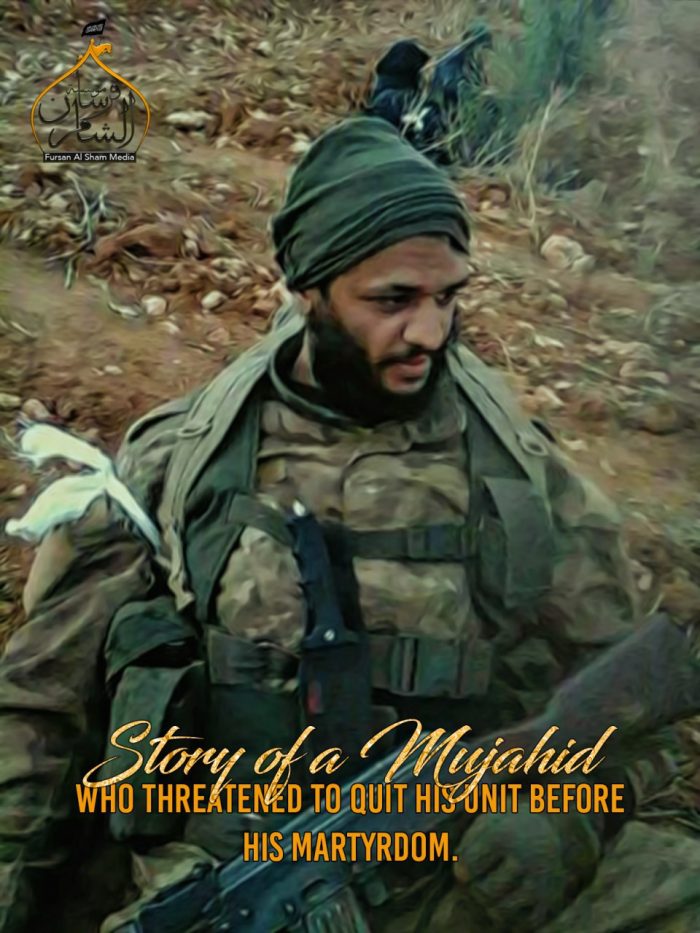 Meet our brother Sayfullah Jab’ar Al Turki who emigrated from Turkey to carry out Jihad in the cause of Allah in Syria. I don’t know too much about him but I will narrate what I saw and heard from Sayfullah within the time that I had spent with him. Before coming to Syria , he had told me about the Jahil life he lived before he got guidance from Allah SWT. He used to be involved in gang fights and other evil things while chasing the Dunya. Alhamduli’Llah he started practising the Deen and mended his ways.

Sayfullah started to realise the commandment of his Deen which he had to fulfil which is Jihad and to come to the defence of his brothers and sisters in Syria. I got the opportunity to meet Sayfullah when he joined my brigade within JFS, upon meeting him I recognised he had an injury to his head with some part of his skull missing, later he told me he sustained the injury in a previous battle he participated in.

After getting to know Sayfullah I found him to be someone determined to participate in battle even so in the Inghimashi role (front line stormers). When he was not taking part in battles I would find him occupying himself in the remembrance of Allah and increasing his knowledge by reading books. One thing that amazed me of Sayfullah was his long night prayers he would engage in every night, he would also advise other Mujahideen to engage in this worship and would say to them that: “this is your key to steadfastness on the battlefield.”

Just after Russia intervened in the Syria conflict, the Shia mercenaries also began a large scaled offensive from South Aleppo in an attempt to reach Kafarya & Fua, our unit was sent back to repel the attacks and launch counter attacks to regain the areas which we had lost. It was in the upcoming battles that Sayfullah would be martyred. The first counter attack we launched was a success and gained a few areas with few casualties Alhamdulilah, Sayfullah was not pleased as he was not chosen for the Inghimashi role he very much desired as he was put in a secondary position.

But he remained patient as he knew there would be an upcoming battle shortly within a few days. Preparations were made and everyone knew what role they would take up for this battle. Sayfullah was infuriated as he again found out that he would not be filling the Inghimashi spot once again, this time he couldn’t hold his anger and decided he would approach the commander to either place him in the role or quit and leave the brigade.

Sayfullah approached me to be the mediator between the two, reason was he only spoke Turkish and English and our commander spoke Arabic only. Our commander told me the reason for Sayfullah not being selected for the Inghimashi role. It was that he knew little Arabic and this could effect the squad in battle, it was hard for me to keep Sayfullah calm even though I advised him many times to remain patient and that he would get the opportunity soon. But his determination to be picked was not going to stop him as he told me to translate to the commander that if he wasn’t selected for this battle he would pack his bags and leave.

Seeing his persistence and courage the commander chose to switch him to the Inghimashi role. Sayfullah was delighted and now became impatient for the battle to begin. Me and Sayfullah shared the same room in our base and would spend time together as his poor Arabic and serious attitude character would keep him away from socializing with others. Every night before sleep we would engage in discussion and I once posed a question to him: “what is the thing you desire most in this world?”, he replied to live the rest of his life in Jihad and to go from one battle to the other and finally be martyred in the cause of Allah.

As a few days remained for the upcoming battle during the night Sayfullah and I would speak about the hereafter to raise each others Emaan, unlike other brothers he wouldn’t talk about Jannah or the Hoor Al Ayn but rather he would fear the hell fire and would just yearn to have himself saved from it. Moving on to the battle ,Alhamdulilah, it went well as we captured all the areas we were assigned to capture except one village. The Shia allegedly had an ambush set-up there as one of the commanders was observing things.

We decided to hold the lines we had captured and make Ribaat (Guarding a station). This Ribaat was going to be demanding as enemy artillery were raining down upon us and our positions had no defences. It was on the third day Sayfullah received his martyrdom (May Allah accept him), it happened when the Shia mercenaries made an advancement in an attempt to recapture the areas we gained, as they had advanced from two axes they laid a siege on the brothers. The brave Mujahideen fought to their last breaths and refused to surrender.

Sayfullah was hit by a sniper as so was the case with a few other brothers, injured brothers managed to sneak out crawling while escaping enemy fire, the bodies of the martyrs were left behind as it was impossible to retrieve them. Alhamdulilah, no one was captured alive. Even though we suffered some casualties, this was insignificant compared to what the Shia mercenaries suffered in the previous days and battles. We ask Allah سبحانه وتعالى to accept Sayfullah Jab’ar Al Turki and all the other brothers who fell as martyrs alongside him and to grant quick recovery to the injured ones Amongst them. Ameen.

This episode features an interview with Samar Batrawi on Palestinians and the global jihadi movement. Some of the topics Aaron and Samar discussed include:

This episode also features a discussion of jihadi primary sources, covering releases from July 28th to August 13th, and a #SocialMedia segment on jihadi social media from August 9th to August 15th.
Links:

The podcast is produced by Karl Morand. If you have feedback you can email [email protected], or find us on Twitter: @JihadPod.
You can subscribe to the show in iTunes or with our RSS feed.