August 6, 2020: Visiting Residents of the Ḥalfāyā IDP Camp To Follow Up and Meet Their Needs

August 2, 2020: Excerpts from Shaykh Abu Muhammad al-Jawlani’s meeting with civilians on the streets of Idlib on the third day of the blessed Eid al-Adha

August 2, 2020: The Commander Abu Muhammad al-Jawlani visited the front lines (ribat) at Jabal al-Zawiya during the days of Eid al-Adha

August 2, 2020: Coverage of Abu Muhammad al-Jawlani greeting children in the IDP camps in the liberated north on the occasion of Eid al-Adha 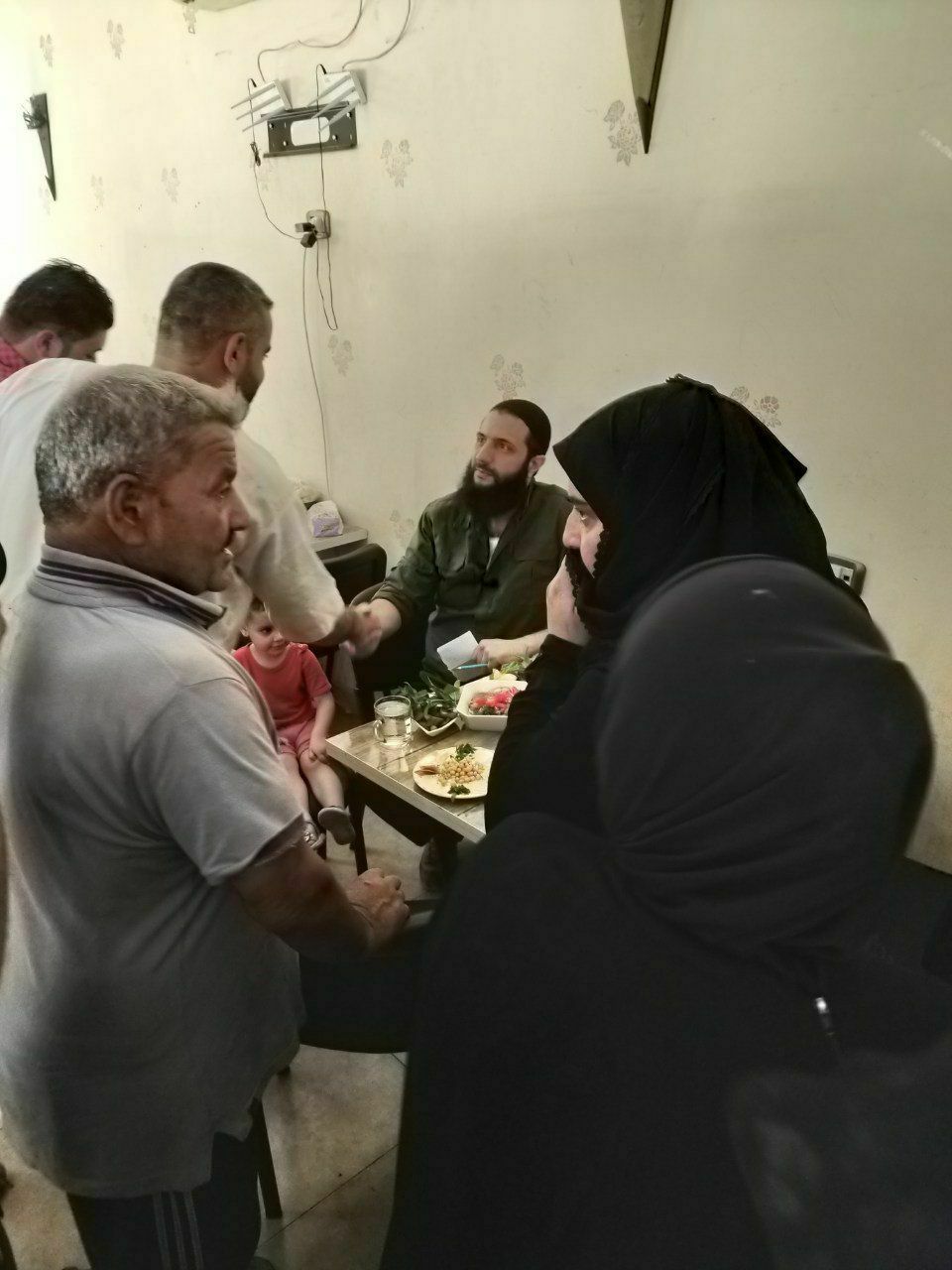 August 1, 2020: Visiting An IDP Camp To Look Into Their Requests and Meet Them

June 5, 2020: Meeting With the Notables of Jabal al-Zawiyah

June 3, 2020: Visiting One of the Humanitarian Situations and Meeting Their Need

May 30, 2020: Meeting of the General Commander of Hayat Tahrir al-Sham, Abu Muhammad al-Jawlani, with the elites and notables of Jabal al-Zawiya to talk about the situation in the Jabal al-Zawiya area and answer their inquiries regarding the arena

May 26, 2020: Visit of the Commanders To Its Mujāhidīn Sons On a Blessed ‘Īd al-Fiṭr

May 26, 2020: Greeting the Children of the Martyrs On the Occasion of ‘Īd al-Fiṭr

May 23, 2020: Response to Grievances: Session With Clan Elders

May 16, 2020: Shaykh Abu Muhammad al-Jawlani session with tribal elders to talk about the affairs of the liberated north

May 15, 2020: Shaykh Abu Muhammad al-Jawlani visits one of the unofficial IDP camps to meet their needs

May 2, 2020: Shaykh Abu Muhammad al-Jawlani’s visit to the wounded and the injured

February 4, 2020: A Session With Inghimāsīs of the Red Bands in West Aleppo

December 25, 2019: The War of Liberation and Independence

June 22, 2019: Shaykh Abū Muḥammad al-Jawlānī Described the Truth of the Battle in the Past Days

May 17, 2019: Excerpts From the meeting of Shaykh Abū Muḥammad al-Jawlānī With the Syrian Revolution Media

May 13, 2019: Interview With Shaykh Abū Muḥammad al-Jawlānī From the Fronts of the Northern Ḥamāh Countryside

January 14, 2019: The Dialogue #2: Internal Fighting and the Future of the Field With Shaykh Abū Muḥammad al-Jawlānī

August 21, 2018: A field tour of Shayhk Abu Muhammad al-Jawlani on the Ribat lines at the ‘Kabani’ summit in the northern countryside of Latakia

August 6, 2018: Abu Muhammad al-Jawlani with the residents of Taftanaz, clan elders in northern Syria, and people of the border regions 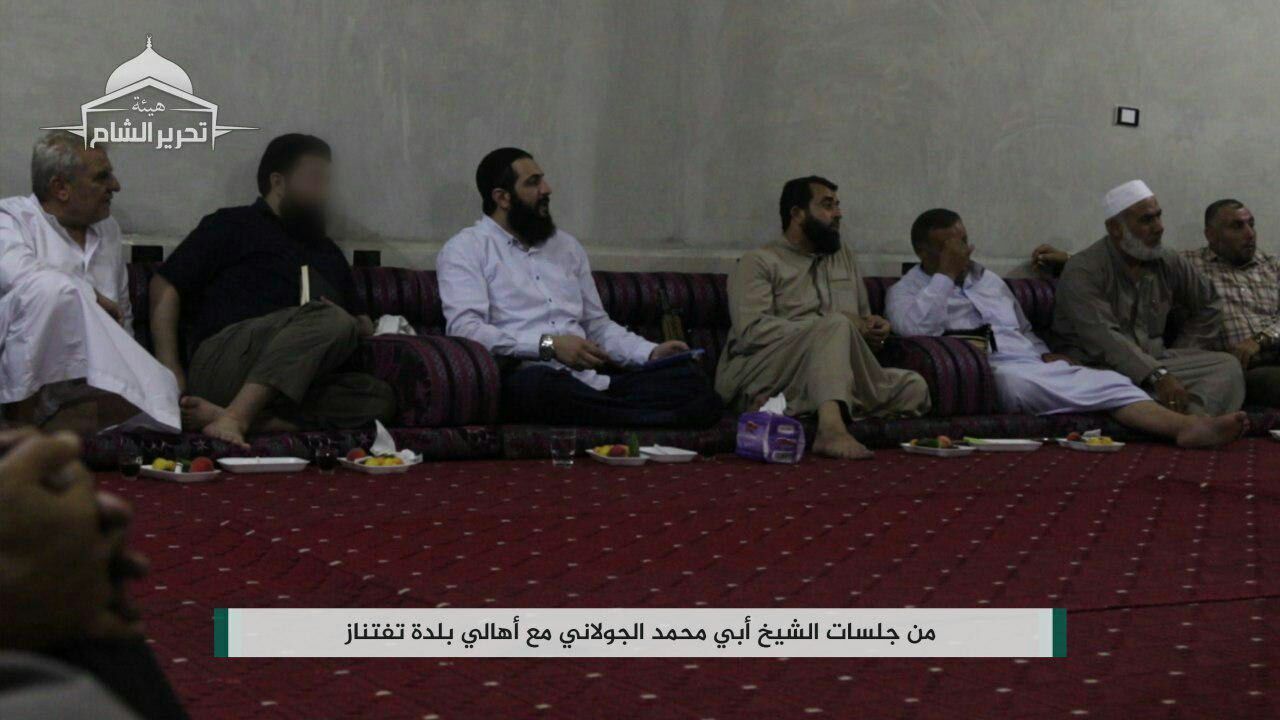 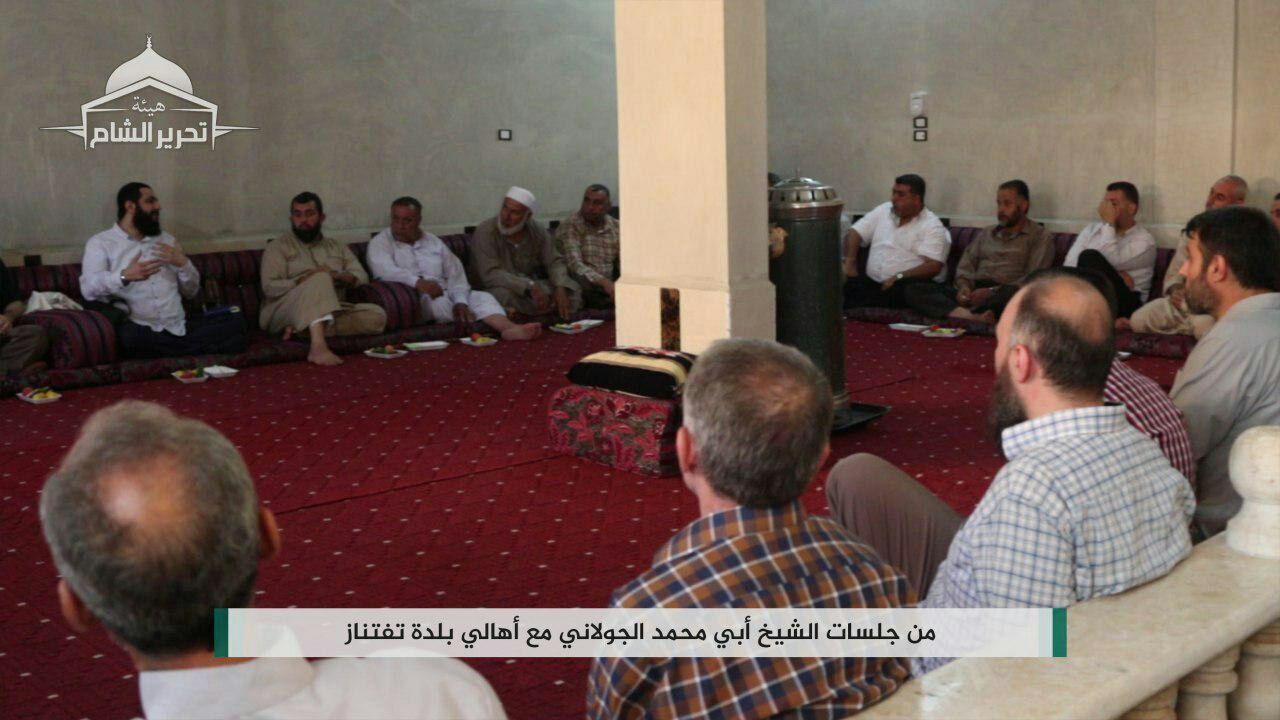 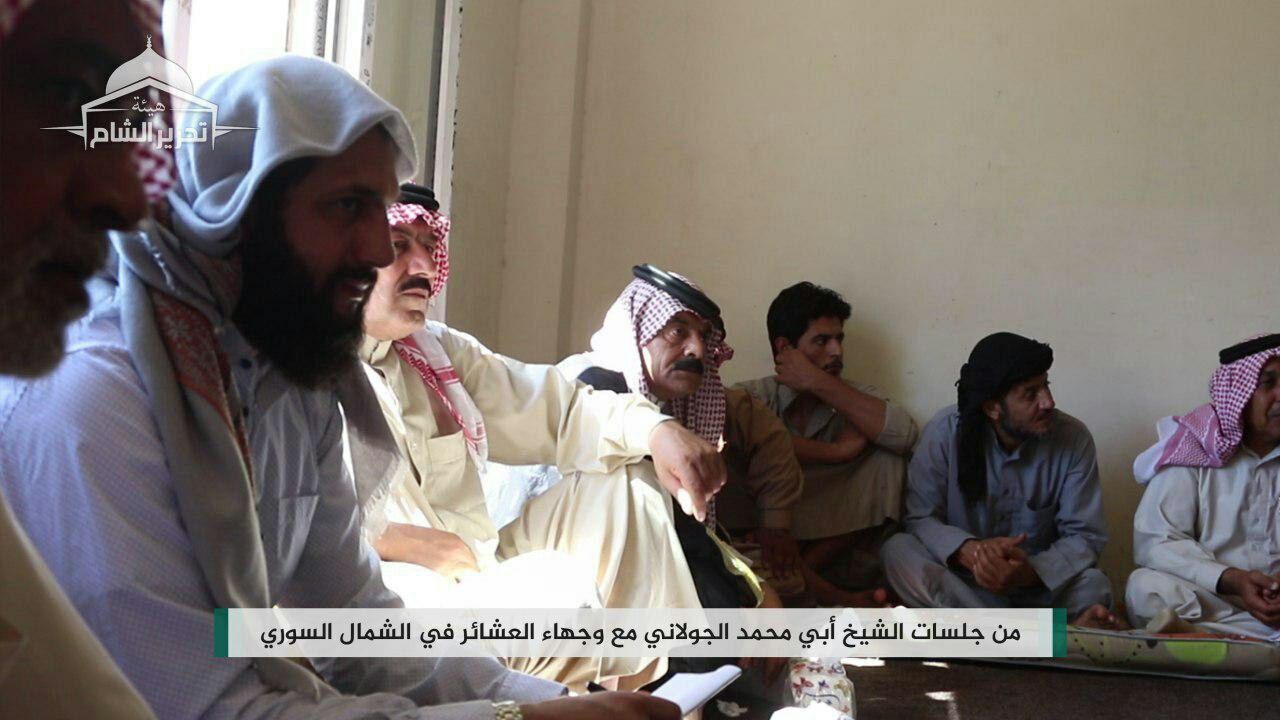 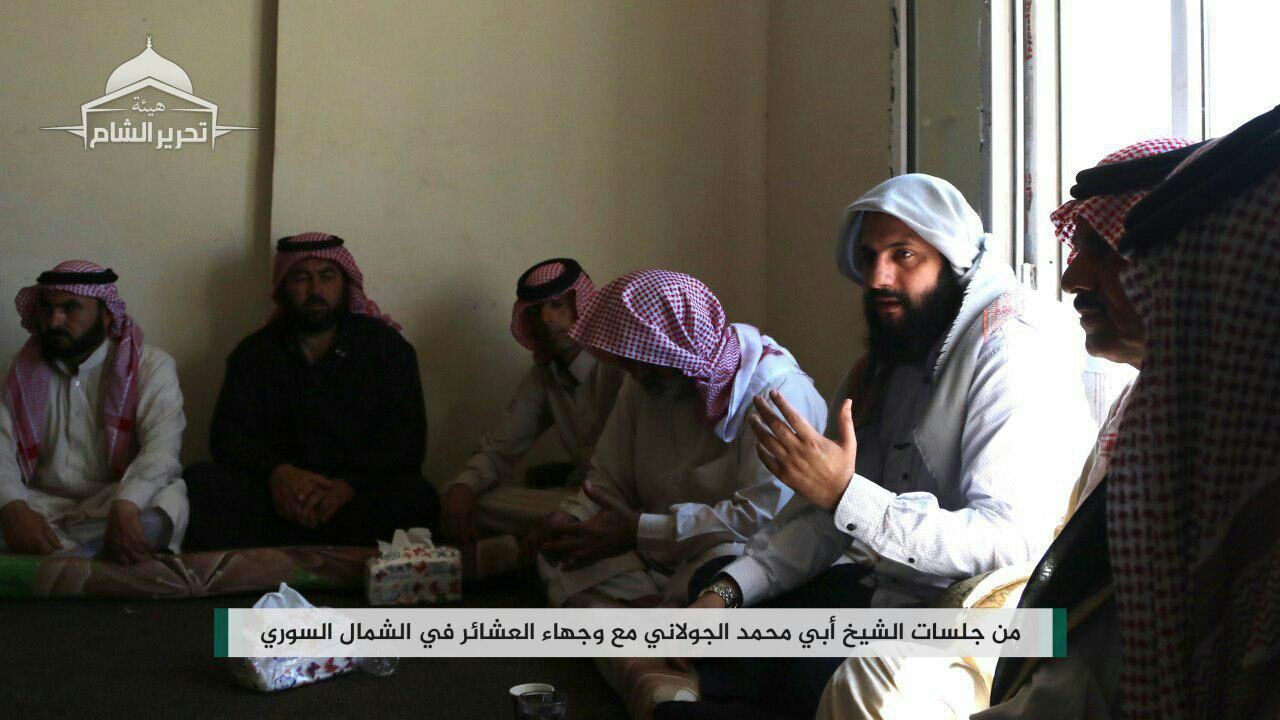 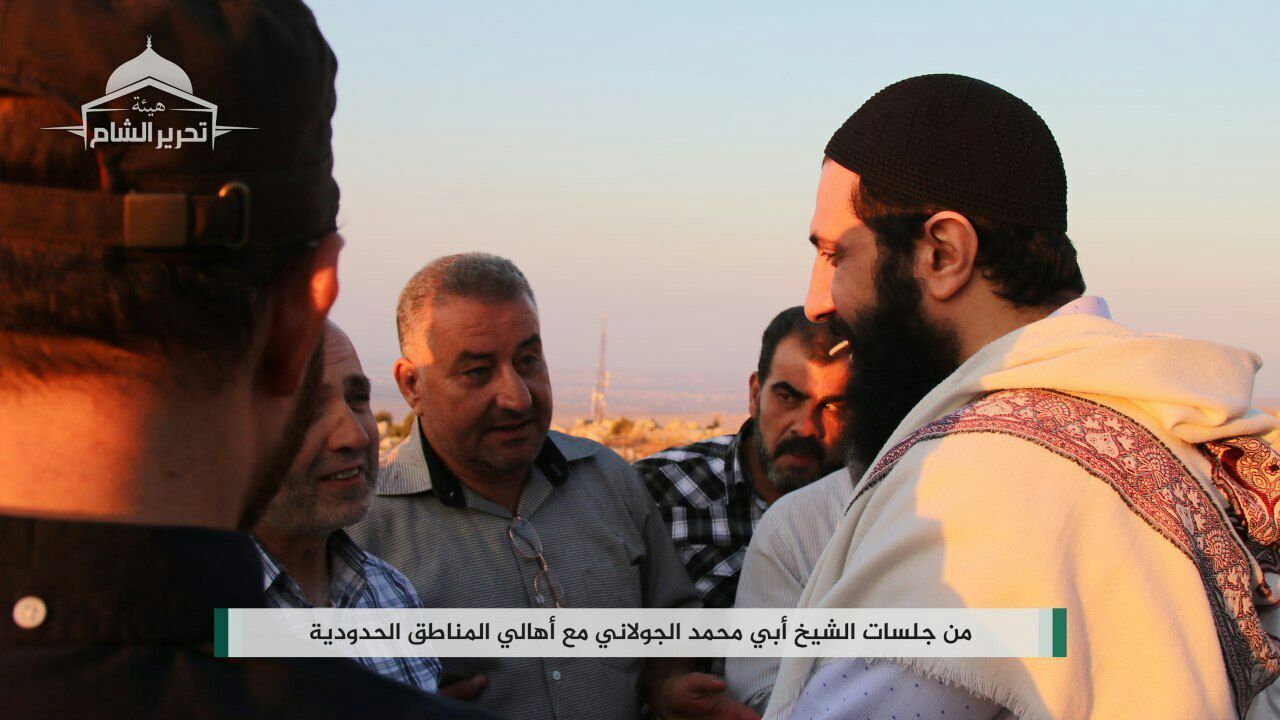 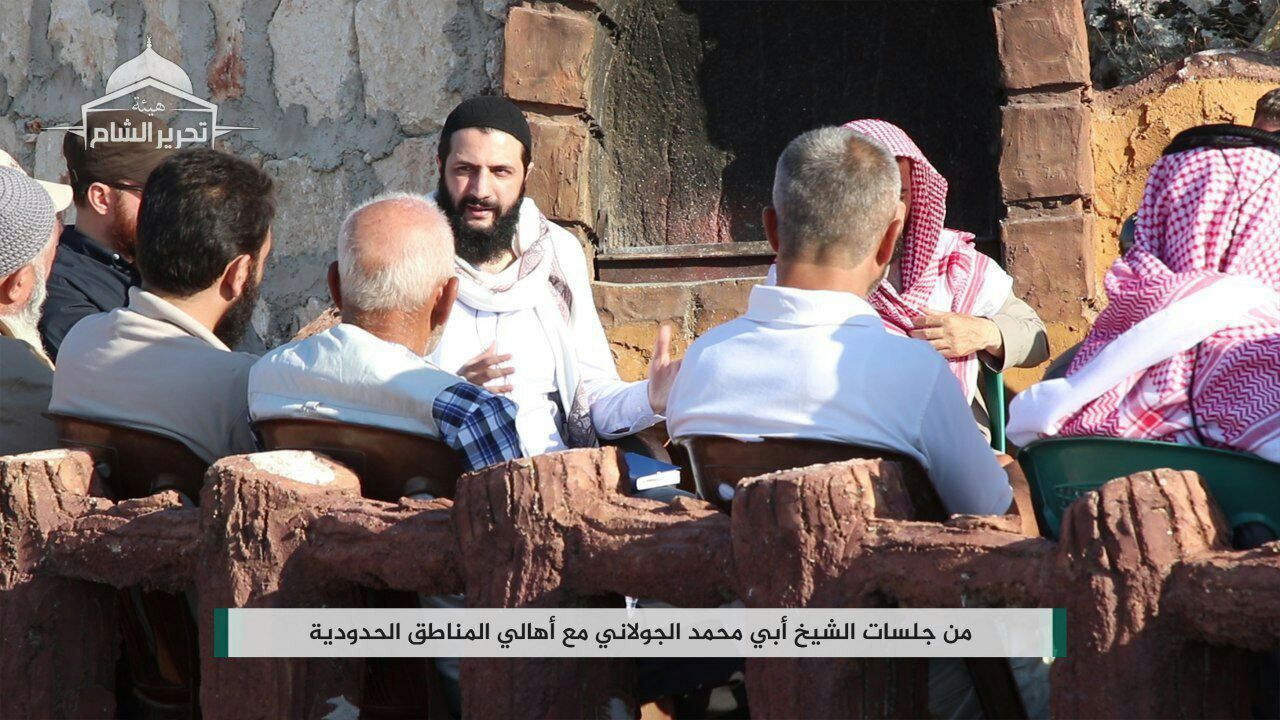 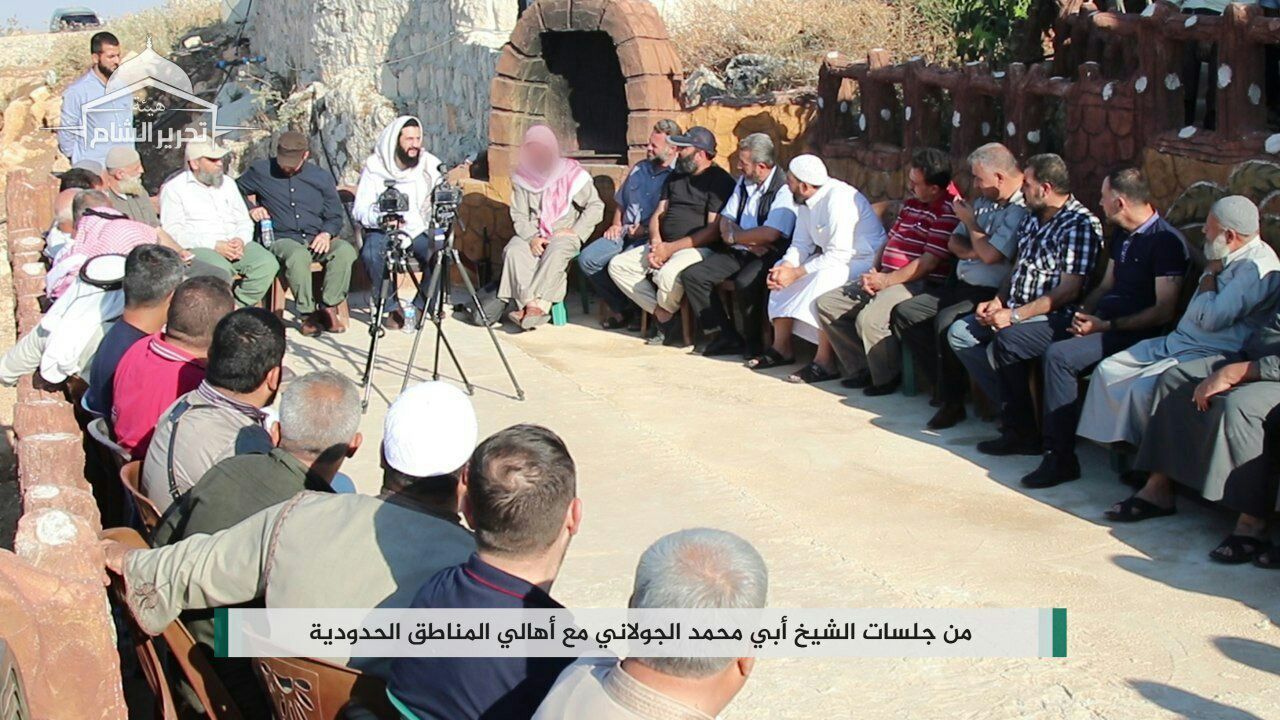 June 24, 2018: A Meeting With the Mujāhidīn of the Land of the Two Holy Places

June 23, 2018: Shaykh Abu Muhammad al-Jawlani distributes gifts at a party for the children of the martyrs on ‘Īd al-Fiṭr 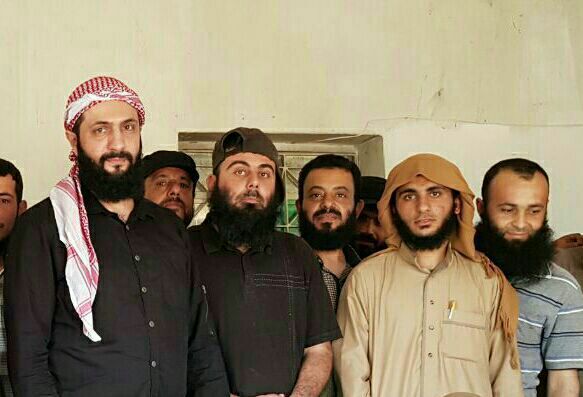 October 18, 2017: The Battle to Liberate the Villages of al-Mushayrifah and Abū Dālī in Rural Ḥamāh

February 27, 2017: Military Statement About the Blessed Security Operation in Ḥomṣ

October 30, 2016: Shaykh Abu Muhammad al-Jawlani inspects and discusses military developments with the military leaders, including the Commander Abu ‘Umar Saraqib, in the battle to break the siege of Aleppo

March 17, 2016: Message to Our People in Remembrance of the Revolution’s Fifth Year

February 26, 2016: This is What God and His Messenger Had Promised Us

November 4, 2014: The First Audio Interview: The Meeting Deals With the Latest Developments From the Reality of al-Shām

September 28, 2014: For the People of Integrity, Sacrifice is Easy

January 24, 2014: A Message of Support and Endorsement For ‘Mubādarah al-Ummah’

January 1, 2014: A Field Tour for Abū Muḥammad al-Jawlānī in Aleppo

December 27, 2012: Oh People of al-Shām We Sacrifice Our Souls For You

March 31, 2012: Declaration of Arms in Response to the Massacre in al-Ḥūlah

January 24, 2012: Declaration of the Support Front (Jabhat al-Nuṣrah): For the People of Syria from the Mujāhidīn of Syria in the Fields of Jihād”