There are a number of reasons why Tunisians joined the Islamic State in Iraq, Syria, and Libya. One underappreciated aspect of this is the way Ansar al-Sharia in Tunisia’s (AST) messaging primed members of the group and others in society that were exposed to, attended, or followed online AST activities and events. In my new book, Your Sons Are At Your Service: Tunisia’s Missionaries of Jihad, I describe this process, which I will examine in brief here. In particular, I will explore AST’s motivational framing, which “functions as prods to action.” The major themes AST crafted in its narrative was related to brotherhood, the defense of Islam, the creation of an Islamic state, and remaining as an entity.

On June 27, four years and a day after the Sousse Beach attack, Tunisia suffered twin suicide bombings against security services at two different locations in the capital’s downtown district. Within hours, however, life returned to normal in the city. The government soon highlighted that tourism was unaffected—a far different outcome than the 2015 Sousse attack, which saw mass cancellations by would-be visitors and spurred President Beji Caid Essebsi to claim that “if similar attacks occur again, the state will collapse.”

The North African republic is now far more mature in dealing with security threats related to jihadism; no longer do officials express existential angst, whether legitimate or fear mongering. Compared to 2015, the state and the people were far better prepared to deal with the aftermath of the latest attacks. Yet the growing lack of transparency regarding terrorism arrests and the apparent links to past jihadist mobilizations should draw concern about Tunisia’s broader transition from authoritarian tendencies to democracy and rule of law.

Also, if you haven’t seen, I did three detailed blog posts about this attack on my website that promotes my forthcoming book:

If you like this article and these posts please consider pre-ordering my forthcoming book Your Sons Are At Your Service: Tunisia’s Missionaries of Jihad.

This article examines Katibat Uqba Bin Nafi, al-Qaeda/al-Qaeda in the Islamic Maghrib’s official branch in Tunisia. It sheds light on an unexplored case study on jihadi groups in recent times by investigating its history and forthcoming prospects. Moreover, it plans to use this article as an avenue to weigh in on the debate within jihadi studies on the future of al-Qaeda and if it can take advantage of the Islamic State’s misfortunes in Iraq and Syria as well as Libya. The latter of which has more direct impact on IS’s network in Tunisia. The article interrogates a number of Arabic primary sources that have yet to be surveyed from KUBN and AQIM that will help clarify these inquiries. It will identify shortcomings in KUBN’s capacities and highlight reasons why IS will likely remain a more attractive avenue for jihadi mobilization in Tunisia going forward. This is relevant since much of the debate on AQ’s status analyzes the topic from more of a macro level than looking at specific groups within its broader global network. This research will illustrate that while the consensus might be that AQ is primed to benefit from IS’s setbacks, in the case of Tunisia, unless conditions change locally, KUBN is unlikely to follow the same trend as other AQ branches or when evaluating AQ as a whole.

After Libyan British jihadi Salman Abedi killed twenty-two people in Manchester earlier this week, a friend of his noted that he had just returned from a three-week trip to Libya only days before the bombing. Although British investigators have yet to uncover or disclose publicly that the twenty-two-year-old suspect joined the Islamic State or received training while in Libya, his brother reportedly admitted that they were with IS following his arrest earlier today in Tripoli. In addition, IS has claimed responsibility for the bombing, and the French government has since revealed that Abedi traveled to Syria as well, raising concerns that the attack was the group’s first directed operation from Libya into Europe. If so, it reiterates the dangers of foreign fighter training abroad. It also puts the spotlight on the flow of foreign fighters to Libya, which many have understandably ignored due to the even larger flows seen in Iraq and Syria.
Click here to read the rest.

Over the past month, there are increasing signs that The Islamic State (IS) intends to build a base and set up a new wilayah (province) in Tunisia in the near future named Wilayat Ifriqiya, a medieval name for the region of Tunisia (as well as northwest Libya and northeast Algeria). This would challenge al-Qaeda in the Islamic Maghrib’s (AQIM) Tunisian branch Katibat ‘Uqba ibn Nafi’s (KUIN) monopoly on insurgency and terrorism since their campaign in Jebel Chambi began in December 2012, opening another front in the broader AQ-IS war. As a consequence, outbidding between these two adversaries could lead to an escalation in violence, with Bardo National Museum style attacks becoming more common.
The Islamic State Signaling in Tunisia
In mid-December last year, IS directed its first overt message to the Tunisian state and its people. Aboubaker el-Hakim (who went by Abu al-Muqatil in the video) claimed responsibility for the assassination of Tunisia’s secular leftist politicians in 2013 – “Yes, tyrants, we’re the ones who killed Chokri Belaid and Mohamed Brahmi” – thus confirming the Ennahda-led government’s suspicions that he was was involved. Beyond calling for more violence and for Tunisians to remember its imprisoned brothers and sisters, he also called upon the Tunisian people to pledge bay’a to Abu Bakr al-Baghdadi, to raise the banner of tawhid (pure monotheism) and to rip down the flags of Charles de Gaulle and Napoleon (alluding to the historically close relations between Tunisia and France).
This was followed on April 7th by Abu Yahya al-Tunisi of IS’ Wilayat Tarabulus in Libya, who urged Tunisians to travel to Libya for training in order to establish and extend the writ of IS back at home Only two days later, a new media account, Ajnad al-Khilafah bi-Ifriqiya (Soldiers of the Caliphate in Ifriqiya) Media Foundation, was created. While unofficial, it foreshadowed the targeting of Tunisia in much the same way the establishment of al-‘Urwah al-Wuthqa (The Indissoluble Link) Media foreshadowed the pledge of bay’a given by Boko Haram to IS in March 2015.
Besides IS’ claim of responsibility for the Bardo National Museum attack (which the government actually believes KUIN was responsible for), Ajnad al-Khilafah bi-Ifriqiya Media announced IS’ first claim of responsibility for an insurgent attack in Jebel al-Meghila, near the town of Sbeitla. Additionally, Ajnad al-Khilafah bi-Ifriqiya Media claimed responsibility on April 22 for a separate attack in Jebel Salloum, in which one of its Algerian fighters was killed (signaling to Tunisians as well that other nationalities were within its ranks.) This was followed by IS official media disseminators, including Ajnad al-Khilafah bi-Ifriqiya Media, claiming responsibility for attacks in Tunisia on May 2, also in Jebel Sallum. This increasingly formalized approach suggests that the official announcement of a new wilayah may be imminent.
Click here to read the rest. 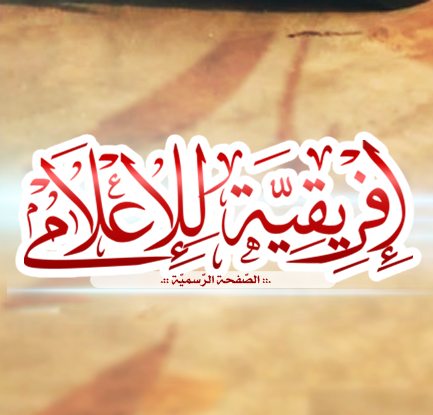 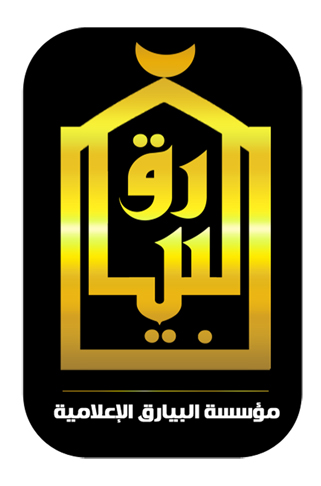 Click the following link for a safe PDF copy: Anṣār al-Sharī’ah in Tunisia — “Congratulations On the Occasion Of Blessed ‘Īd al-Fiṭr”
___________

Click the following link for a safe PDF copy: Anṣār al-Sharī’ah in Tunisia — “Congratulations On the Occasion Of a Blessed Month Of Ramaḍān 1435 H”
___________