Similarly, the release process of two professors (US citizen Kevin King and Australian citizen Timothy Weeks) along with ten Afghan soldiers has also been successfully executed.

These actions are a step forward in good-will and confidence building measures that can aid the peace process.

To end, we wholeheartedly thank the esteemed Amir of Qatar, his Minister of Foreign Affairs and other officials who exerted efforts in this process from the onset and provided all necessary facilities.

For an archive of other Attack and Plot Dossiers click here. 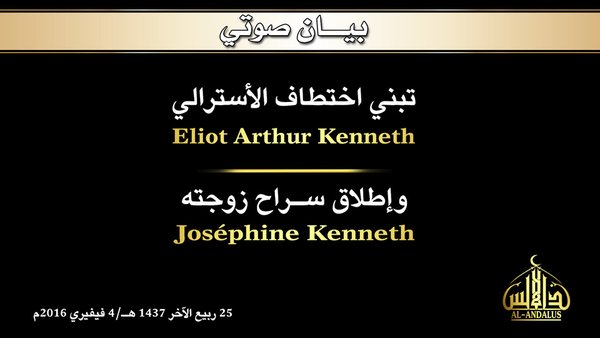 Recently, I had the opportunity to travel to a number of key Asian-Oceanic nations and allies of the United States to discuss issues related to Iraq, Syria, the Islamic State (IS) and foreign fighters. While much of the focus in Washington has been on the role of Western European and Arab partners in the fight, Asian-Oceanic countries also have their own interests related to this issue. In particular, I spoke with governmental officials, academic scholars and others in Singapore, Japan, China, New Zealand and Australia. While each country looks at the problem-set through a different lens and/or interests, as well as has varying degrees of threat-levels, it is clear that all are concerned and want to take an active role in combatting it.

The basis of Ahlus Sunnah wa’l Jamā‘ah is upon such aḥādīth as:
It was narrated from ‘Awf bin Mālik that the Messenger of Allāh said: “The Jews split into seventy-one sects, one of which will be in Paradise and seventy in Hell. The Christians split into seventy-two sects, seventy-one of which will be in Hell and one in Paradise. I swear by the One in Whose Hand is the soul of Muḥammad, my nation will split into seventy-three sects, one of which will be in Paradise and seventy-two in Hell.” It was said: “O Messenger of Allāh who are they?” He said: “Al Jamā‘ah – The main body.” (Sunan Ibnu Mājah 3992).
And:
“…adhere to my sunnah and the sunnah of the rightly guided caliphs…” (Sunan At-Tirmidhī 2685).
The general principles espoused within PUPJI are influenced by the likes of such people as Muḥammad bin ‘Abdul-Wahhāb, Abū’l A‘lā Maudūdī, and Sayyid Qutb. This would also have been the case for many of the precepts contained within the ‘state statutes’ of NII. However, since PUPJI was drawn up in 1996, its precepts were also influenced by the likes of ‘Abdullāh ﬁAzzam, Ayman Aẓ-Ẓawāhirī, and Usāmah bin Lādin, amongst others. This influence is in no small part due to the presence of NII members under training

NOTE: Ḥizb ut-Taḥrīr (The Party of Liberation) is a Sunni pan-Islamist movement whose goal is to unite the Muslim ummah (community) and reinstate the Caliphate (al-khilāfah). Once the Caliphate is reinstated, the government would be ruled by Islamic law (sharī’ah) with the Caliph (khalīfah) being the head of state elected by a shūrā (consultation) council. Ḥizb ut-Taḥrīr was founded in 1953 in Jerusalem by Taqī ad-Dīn al-Nabhānī who was an Islamic scholar (‘ālim). Currently, Ḥizb ut-Taḥrīr is located in more than forty countries and is especially active in the United Kingdom and maintains a branch in the United States.
— 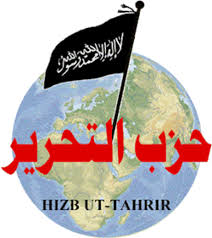