NOTE: As with all guest posts, the opinions expressed below are those of the guest author and they do not necessarily represent the views of this blogs administrator and does not represent at all his employer at the Washington Institute for Near East.
Jihadology.net aims to not only provide primary sources for researchers and occasional analysis of them, but also to allow other young and upcoming students as well as established academics or policy wonks to contribute original analysis on issues related to Global Jihadism. If you would like to contribute a piece, please email your idea/post to azelin [at] jihadology [dot] net. Pieces should be no longer than 2,000 words please.
Past Guest Posts:
Jonah Ondieki and Jake Zenn, “Gaidi Mtaani,” April 24, 2012.
Joshua Foust, “Jihadi Ideology Is Not As Important As We Think,” January 25, 2011.
Charles Cameron, “Hitting the Blind-Spot- A Review of Jean-Pierre Filiu’s “Apocalypse in Islam,” January 24, 2011.
Daveed Gartenstein-Ross, “Why Jihadi Ideology Matters,” January 21, 2011.
Joshua Foust, “Some Inchoate Thoughts on Ideology,” January 19, 2011.
Marissa Allison, “Militants Seize Mecca: Juhaymān al ‘Utaybī and the Siege of the Grand Mosque in Mecca,” June 9, 2010.
— 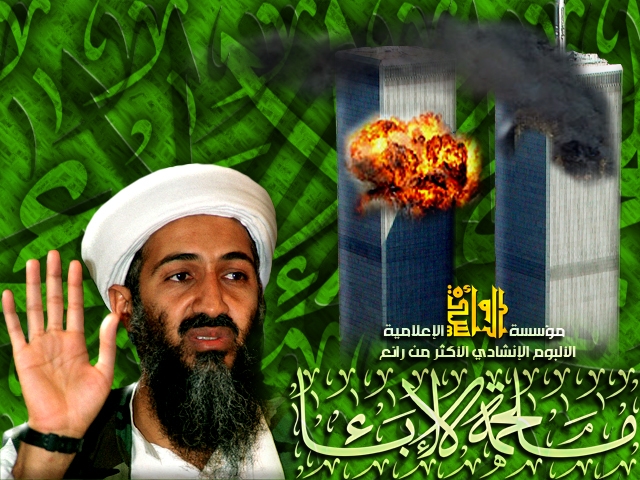 By Behnam Said
At the moment, I am working on my PhD-project on “Militant hymns (anasheed jihadiya) as a part of the Jihadist culture”. This culture I consider to be more effective in terms of propaganda and social cohesion than any ideology alone could be. Young radicals all over the world are listening to the nasheeds extensively – a fact, authorities are getting more and more aware of, as court papers and other sources show. Some of the most interesting findings (which are actually a lot) I will outline in an article to be published in November for Studies in Conflict and Terrorism. Until then Aaron gave me the opportunity to share at least some facts with the readers of “Jihadology” in advance.
Background
Nasheeds, as you all are aware of, are an integral part of almost every Jihadist video production. For example, we see al-Qaeda members in action on the battlefield accompanied by the soundtrack of a smooth a cappella song. On relevant internet forums and websites you will find a bulk of these nasheeds as mp3-files, sometimes even complete collections. There are also plenty of videos with these songs on YouTube. It appears as if no Jihadist can establish his YouTube channel without posting at least a few militant hymns. On Facebook there are also groups publishing militant nasheeds that obtain more than 10,000 “likes”.
Not all of the songs which are popular in the Jihadist scene are new. Many of them are based on songs which were included in the songbooks of the 1980s and in poems of the so called shu´ara ad-da´wa, a branch of poetry which began in the 1950s and ended approximately in the 1980s. For example one of the most popular songs at the moment is “Bi-Jihadina”, which is actually a song by Abu Mazin, a popular Syrian munasheed, who recorded it either in the late 70s or the early 80s. There is also one example of a song used in videos of the Islamic Movement of Uzbekistan (IMU) based on a poem by Muhammad Iqbal (1877-1938), the famous Pakistani poet, that has been translated to Arabic. Some other nasheeds, like the Somali ash-Shabab song “Rayatu t-Tauhid” or some AQAP songs, are contemporary.
The fascination of these songs is described by Samir Khan, the former editor of Inspire, in an article for Inspire:

I remember when I traveled from San´a, for what seemed like years, in a car to one of the bases of the mujahidin, the driver played this one nashīd repeatedly. It was “Sir ya bin Ladin”. I already knew of this nashīd from before, but something had struck me at that moment. The nashīd repeated lines pertaining to fighting the tyrants of the world for the purpose of giving victory to the Islamic nation. But it also reminded the listener that Shaykh Usama bin Ladin is the leader of this global fight. I looked out of the window at the tall mud houses below the beautiful sky and closed my eyes as the wind blew through my hair.”

This personal experience by Khan finds its equivalent in many theoretical descriptions of the desired effects of nasheeds on young people. The oldest sources in this context I found in some nasheed collections from the 1980s. Here it is clearly said, that nasheeds are an instrument to awaken the wish for martyrdom and self sacrifice in the hearts of young Muslims and to give them strength for da´wa and Jihad.
You can categorize nasheeds in accordance with the topics they cover. Often you will find that the poems fit into categories of classical poetry, for example:

Other categories are more modern:

But most of the songs I analyzed can be described as “battle songs”. Focusing on war and ones fighting group, which is described as heroic and brave in antipode to the tyrannical and oppressive enemy (taghut). Here I am not sure if such hymns can be described as classical by category, because the language of such songs are very Jihadist.
Legality and Influence
It is also interesting to have a look at the different legal stances towards nasheeds, especially from Salafi and Wahhabi scholars. I was surprised to find most of them skeptical towards nasheeds. They consider them allowed (mubah), but only under strict conditions regarding form (a cappella only) and content (purely Islamic and Jihad-supportive). So I tried to figure out why the Jihadists are making use of nasheeds so extensively even though Salafi and even more Wahhabi scholars underline the importance of limiting listening to nasheeds. The answer, I think, lies in the history of the nasheeds, which I mentioned above. Modern nasheeds have their origin with the Muslim Brotherhood (MB) and its radical branches in the Levant and in Egypt. From here they made their way to the Arabian Peninsula where nasheeds were known at least from the 70s on, but became more popular in the early 90s during the sahwa-period as sources underline. The stance of MB ideologues was always more positive towards music than that of the Wahhabis and Salafis. Nasir ad-Din al-Albani for example criticized articles from the 50s published in the MB magazine which called for “Islamic music”, which he called as absurd as “Islamic Communism”. So the addiction of Jihadis to nasheeds reflects the influence of the MB on the militant movement. The only clear influence on nasheeds by the Salafis/Wahhabis is the Jihadist adoption of the strict prohibition of any music instruments, except the use of hand drums in some cases.
The Jihadist culture thus is – like the movement itself – a merging of MB and Salafi/Wahhabi ideology. But in this case the MB influence is absolutely overwhelming and it shows that the culture of the MB and its militant branches is more crucial for the Jihadis than some might assume.
I hope that I hereby provided you some input for discussions about the history of Jihadism and its culture as well as about the relevance of this culture.
Behnam Said has studied Islamic Science, Political Science, and History in Hamburg, Germany. His main fields of interest are the relation of Sunna and Shia, history and culture of modern Afghanistan, and political and militant Islamism.  Beside his current job as an intelligence analyst he is doing his PhD at the University of Jena on the topic of militant nasheeds. A more in depth version of this post will be published in a forthcoming issue of the academic journal “Studies in Conflict and Terrorism.”