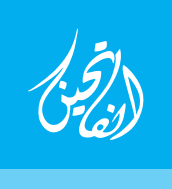 To inquire about a translation for this magazine issue for a fee email: [email protected]

Recently, I had the opportunity to travel to a number of key Asian-Oceanic nations and allies of the United States to discuss issues related to Iraq, Syria, the Islamic State (IS) and foreign fighters. While much of the focus in Washington has been on the role of Western European and Arab partners in the fight, Asian-Oceanic countries also have their own interests related to this issue. In particular, I spoke with governmental officials, academic scholars and others in Singapore, Japan, China, New Zealand and Australia. While each country looks at the problem-set through a different lens and/or interests, as well as has varying degrees of threat-levels, it is clear that all are concerned and want to take an active role in combatting it.