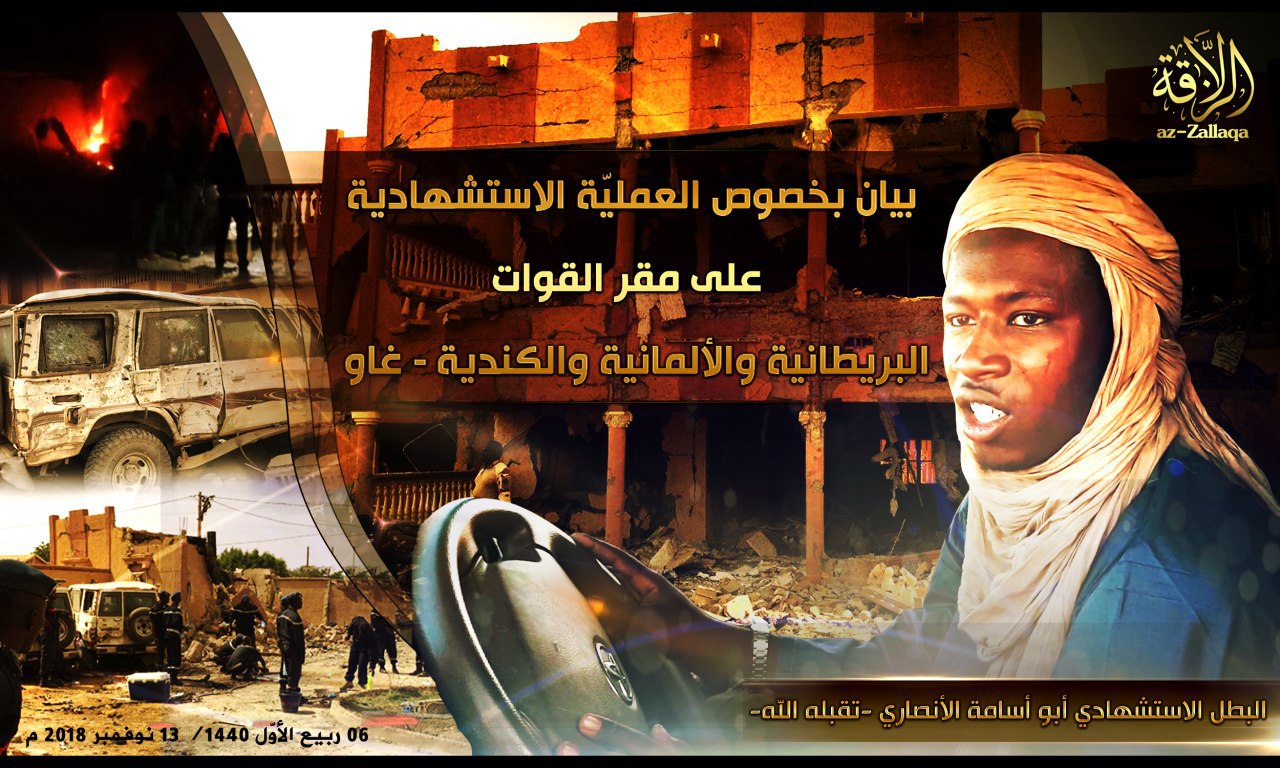 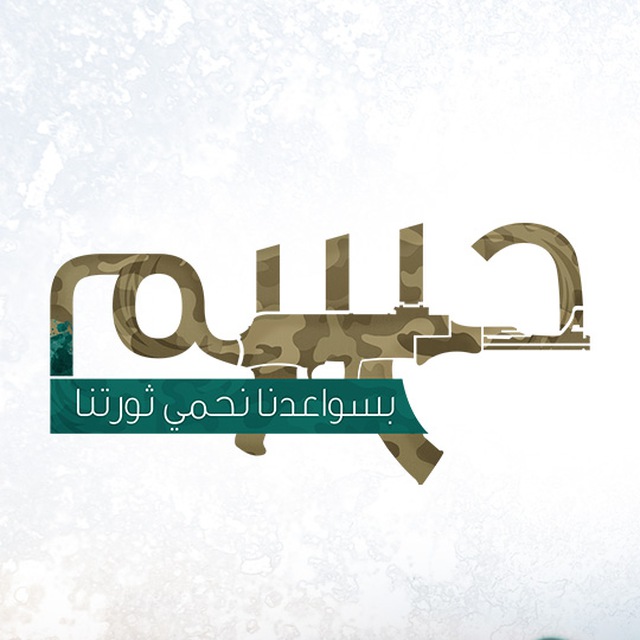 Click the following link for a safe PDF copy: Ḥasm — About Britain’s Colonial Decision To Classify the Movement As a Terrorist Organization
___________
Source: Telegram
To inquire about a translation for this statement for a fee email: [email protected] 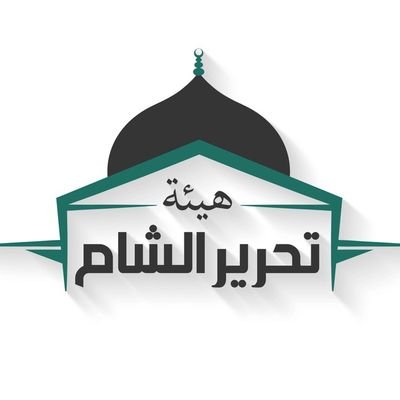 Click the following link for a safe PDF copy: Hay’at Taḥrīr al-Shām — Response to the British Foreign Office’s Remarks
___________
Source: Telegram
To inquire about a translation for this statement for a fee email: [email protected]

28th of Zmarai is marked as a day of joy and a date of triumph and honor for the valiant Afghan nation. On this day, the Afghans under the leadership of scholars and Mujahid mystics paired with immeasurable and selfless sacrifices beat back three invasions of the era’s English Idol and handed a shameful defeat to the British Imperialists. And in the end the valiant Afghans forced the British Empire to accept and internationally recognize their sovereignty on the 28th of Zmarai of the year 1297 Hijri Solar.
We congratulate our Mujahid nation on the arrival of this momentous day and show our appreciation for the heroics and sacrifices of our valiant predecessors.
But unfortunately, the 98th Anniversary of Independence from English Imperialists has arrived upon us at a time as our beloved homeland is in the claws of occupation and invasion of American transgressors including Britain. Thousands of their soldiers are leading a war against the Afghan nation and have usurped our national sovereignty and political freedom for the past 16 years.
We wish to remind America and colonizers of this age that you should have taken heed from the three invasions of your forefathers who used their entire arsenal of power, strategies and tactics and tried their utmost to pacify this valiant nation and impose their Empire upon their homeland but the result was only regret and shame as they were disgracefully forced out of Afghanistan and officially recognized it as a sovereign state.
That you utilized a hundred and fifty thousand soldiers of your own and four hundred thousand hireling troops alongside your war machine while squandering 2 trillion dollars in a failed attempt to secure Kabul let alone Afghanistan and rule it to your desire, then understand that you have truly lost any chance of success. The best recommendation and path forward for you is to forgo Afghanistan and let the Afghans live in peace and prosperity similar to the other nations of the world.
To end – as we celebrate the glories of 28th Zmarai and consider it a historic day of deliverance – we wish infamy, disgrace and unmasking upon the perpetrators of occupation and their puppets and we firmly believe in Divine assistance of the moments being very close where our beloved homeland shall once again hear the glad tidings of freedom and emancipation from the American Idol and shall annually celebrate that day similar to the 28th of Zmarai, Allah willing.
Islamic emarat of afghanistan
۱۴۳۸/۱۱/۲۶ هـ ق
۱۳۹۶/۵/۲۷هـ ش ــ 2017–8–18م
_____________
Source: Telegram 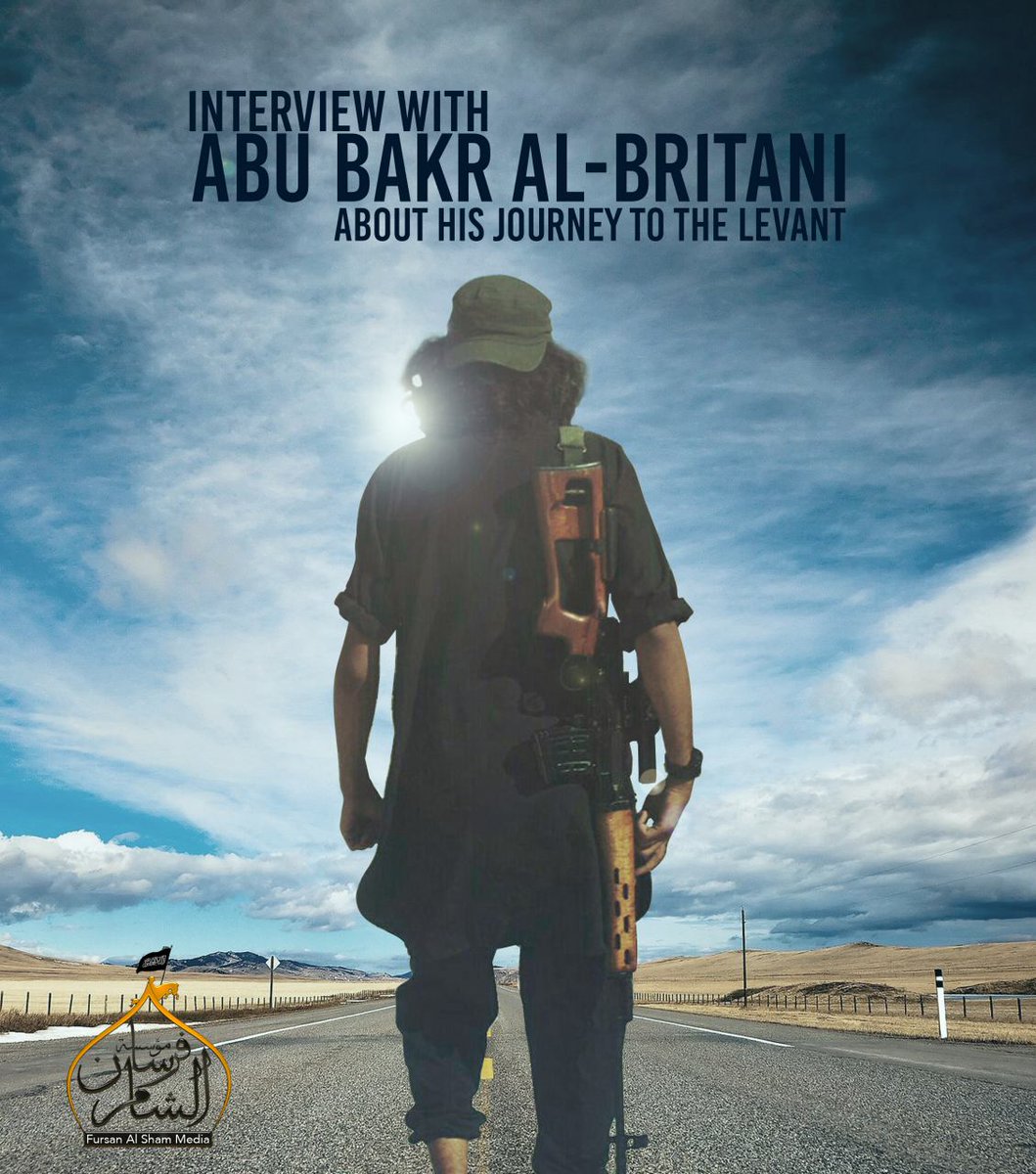 What was it that made you take that step towards Hijrah?
Subhan’Allah living in the UK is very difficult, I felt as if I was imprisoned, you know you can’t really express your feelings, in case you’re being watched by the secret services or suspicion could be raised about you, it’s very difficult for someone who has such passion for the Muslim Ummah to be able to express his feelings.
So Subhan’Allah Ya’ani, it’s not easy to read news regarding Ahlu Sunnah in Syria where you are oppressed because you simply believe in Allah, follow the Sunnah of the Prophet (SAW). Watching videos of innocent and helpless Muslims getting tortured by the regime, similar to Iraq, Burma and other Muslim countries; alongside these I was inspired by a few Mashaikh who would always talk about the situation of the Muslim Ummah and had links with Jihad.
They spoke about how Jihad would bring back the pride of Islam that we once had – such as Shaikh Abu Qatada al-Filistini, Abu Muhammad al-Maqdisi, Shaikh al-Muhaysini, because he was active in Syria, may Allah preserve them, and Shaikh Anwar al-Awlaqi who really had a big impact on me, I used to watch him at a young age, my family would always watch his lectures until it got to a point where he went to Yemen to join al-Qaeda. My parents, may Allah protect them, would then discourage me to follow his videos.
How did you go about making preparations for Hijrah, and were your family aware about you leaving them?
In terms of planning the routes, Allah made it easy for me, very easy to find hotel bookings, finding the tickets were not really an obstacle, you know it maybe less than an hour to get everything sorted out. In terms of planning, Alhamdulillah, Allah سبحانه وتعالى made it easy.
In terms of navigating my way from Turkey to Syria, Allah سبحانه وتعالى made it easy. At times I thought to myself “that’s it I’m going to get caught and sent back” when I got my passport taken off me in Turkey and inspected by the police, I could feel my heart pounding intensely, my knees shaking but Subhan’Allah once I began remembering Allah and the verse in Surah Al-Baqarah: {Allah has set a seal upon their hearts and upon their hearing, and over their vision is a veil….} [Al-Baqarah; 2:7]. Allah blinded the Kuffar and I arrived safely.
In terms of letting my parents know, I told them whilst I was in Turkey that I was in Syria, because I got nervous when I accidentally answered a phone call from them. They wanted to know where I was because I was out of my house for so long, roughly four days.
Before I left I told them I went to visit my cousin in another city but unfortunately that failed because they contacted him. I really couldn’t say anything, when I spoke to my parents I kind of began to stutter, I got really nervous, they began to suspect so I just told them.
I told them I was in Syria with hope they wouldn’t call the police and they had known where I was and they wouldn’t panic as much but the opposite had occurred. If you really want to participate in Jihad Fi SabilAllah and your heart is pure and your niyyah is for the sake of Allah, Allah will find you a way out from every hardship. Alhamdulilah they constantly make Dua for me now.

What were the items you took when coming to Syria?
While preparing to come to Syria the expectations I had of it was that it was going to be similar to Afghanistan, as a result I brought with me many items which I didn’t need and some of which can be found in Syria. One thing which I overloaded in my luggage was clothes some of which I would not need later, as a fighter the best thing for one to wear is combat gear, which is provided here, or you can buy some using your own money. I also brought with me daily hygiene items which can be found in Syria.
An advice for those wanting to take part in Hijrah to Syria:
My first advice would be to not procrastinate and let the whispering of Shaitan hinder you from this path, if you’re not ready start preparations today, in terms of saving money, and even learning Arabic, [then] prepare yourself spiritually by increasing in good deeds and Dua for Allah to make things easy for you, take full measures to ensure your Hijrah goes well and put your trust in Allah سبحانه وتعالى .
Jazak’Allahu khair for conducting this interview with us.
_______________

28th of Asad (Zmarai) is the day Afghanistan commemorates its Independence Day. On this day the Afghan nation gained its independence from the occupation of the British Empire.
About a century ago in 1298 Hijri Solar – when Afghanistan was under the indirect occupation of the British Empire and like today, the British invaders were in control of Afghanistan’s political order, internal and foreign policy as well as other affairs – the Afghan Mujahid nation launched armed Jihad to regain its independence and engaged the English colonialists on four fronts (Kandahar, Paktia, Nangarhar and Kunar-Nuristan). After successful Jihad, the English colonialists were defeated and forced to recognize the independence of Afghanistan. And on 28th of Asad 1298 Hijri Solar, Afghanistan was declared an independent state as it attained freedom from every type of British control.
The Islamic Emirate of Afghanistan wholeheartedly congratulates its freedom-loving Mujahid nation on this great day of sacrifice presented for freedom and independence.
Just as we rescued our homeland from the English colonialists and Soviet occupiers with historical sacrifices, we are hopeful to once again attain our freedom from the occupation of America and her allies with the blessing of divine help.
Looking from one angle at the current condition of our country, it is with great regret to be welcoming our Independence Day as our beloved homeland is once under the occupation of colonialist invaders. But looking from another angle, it is a place of thanks and praise to know that the valiant Afghan nation is still the old nation and it still has the same sense of Iman (faith) and love for freedom. And it is the demand and basis of this same unshakable faith and independent nature that they have waged Jihad empty-handed against the international invaders which today has pushed America to the verge of defeat and humiliation just like the occupiers before them. She has lost thousands of soldiers, her economy is faltering and her international standing and prestige is lost.
Utilizing this opportunity of Independence Day Anniversary, the Islamic Emirate calls on the supposed Afghan faces – who have aided the invaders in occupying our Islamic country and are still standing by their side – to end importing anti-Islamic foreign ideologies to Afghanistan, stop aiding the invaders and learn from the defeat and humiliating condition of the communists. Stop betrayal and disloyalty towards your people and religion and instead join hands with your nation in their pursuit of an Islamic system and independence of the country.
Islamic Emirate of Afghanistan
14/11/1437 Hijri Lunar
27/05/1395 Hijri Solar                    17/08/2016 Gregorian
__________________ 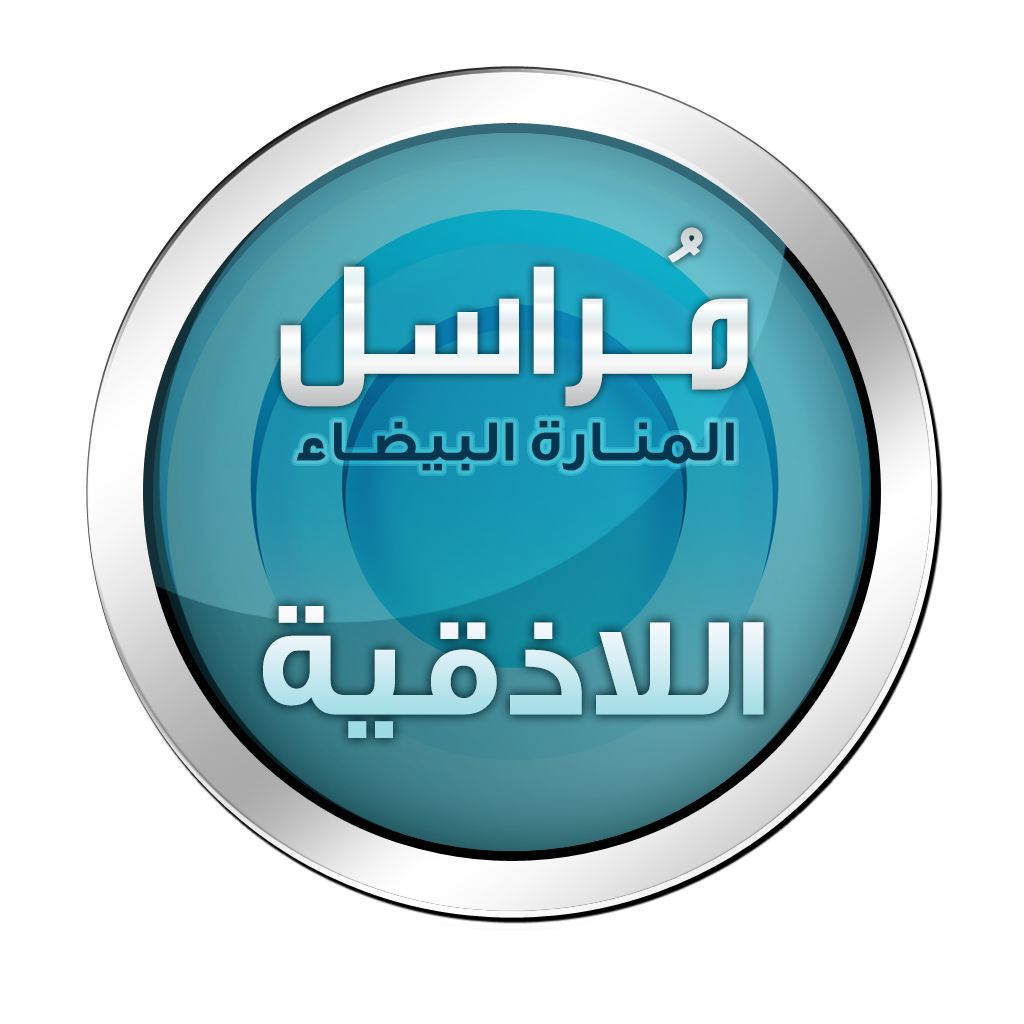