For prior parts in The Archivist series you can view an archive of it all here. And for his older series see: Musings of an Iraqi Brasenostril on Jihad.

A Tribute to Jihadology – The Islamic State Police in Wilayat Halab

There are few specialists in the realm of jihadism studies who can claim to have not relied on Jihadology at some point in the course of their research. Over ten years, the website has grown to be the Internet’s most important repository for primary jihadist source material. At a time when social media sites are cracking down more vigorously than ever on dissemination of jihadist videos and writings, Jihadology proves the vital resource for those of us who simply lack the time to trawl through and save all of those materials on our computers.

I first came to notice Jihadology in late 2012, partly on account of my curiosity at the time about jihadist anashid. At the time I was an undergraduate student at Oxford University and had not yet become deeply involved in primary research on jihadism, but that rapidly changed as the Syrian civil war continued to develop and the Islamic State in Iraq and al-Sham (ISIS) was announced in April 2013. Soon I began rigorously looking for all the primary materials I could find on ISIS’ evolution in Syria. I had the privilege of coming to write a column for Jihadology that primarily focused on ISIS in Iraq and Syria. After ISIS officially declared itself the Caliphate, my research angle shifted somewhat away from the group’s official propaganda and began examining internal administrative documents that emerged in the open source realm, which I started to compile in an archive on my own site. As I began to procure my own collections of Islamic State documents primarily coming out of Syria, I started a new column on Jihadology under the title of The Archivist in order to feature some of those documents with select analysis.

Throughout my years of research, I have always admired Aaron Zelin’s philosophy underpinning Jihadology: that is, making source materials available for other researchers to use. This philosophy partly drove my own approach in showcasing administrative documents with translation (my other inspiration lay in the handbooks of Latin and Greek epigraphic materials that were most useful to me in my undergraduate studies in Classics with Oriental Studies). I have also shared Aaron’s philosophy in other realms, such as making primary interviews I have conducted accessible in raw format on my site, as well as the original texts in my Arabic translations of excerpts from Old English and Gothic writings.

Though the era of completely open access to the primary source materials on Jihadology has now come to an end for security reasons, the site continue to remain accessible to those with genuine research purposes. If all Jihadologists were like Aaron in their approach to archiving primary materials and assisting fellow researchers in finding those materials, the field would be certainly be much healthier and happier!

So, in short, without wishing to prolong this panegyric, here is for many more decades of success for Jihadology! Or, as I might say in Latin to Aaron: Deus te benedicat! Et nunc et semper prospere geras!

To commemorate the tenth anniversary of the site, I have decided to feature some exclusive documents with translation on the structure of the Islamic State’s ‘General Police’ as it existed in Wilayat Halab (‘Aleppo province’). It would appear that the ‘General Police’ was the reconstituted ‘Islamic Police’. Regrettably, some of the pages of the original publication appear to be missing from the surviving copy I have. Nonetheless, I showcase some of these documents to illustrate (though in a very partial sense) how the Islamic State organized its police apparatus in the later stages of its territorial control in a region of Syria. Note that in the translation, any parenthetical insertions in square brackets are my own. 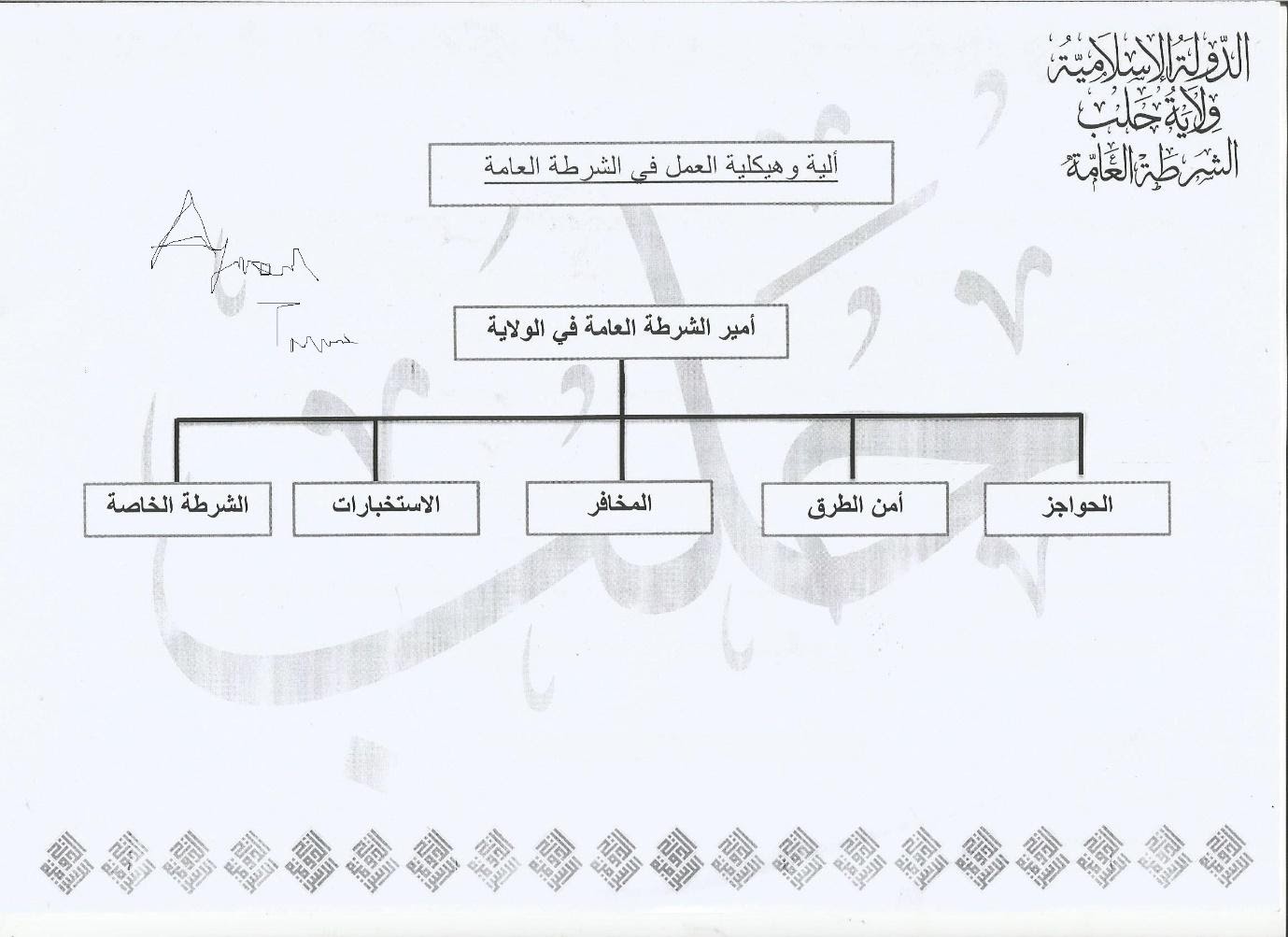 [NB: this heading is on all the pages].

Means and framework of operation in the General Police 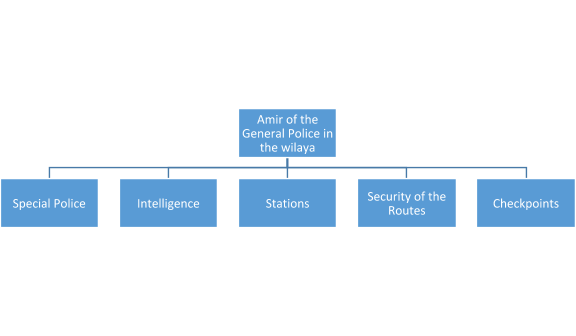 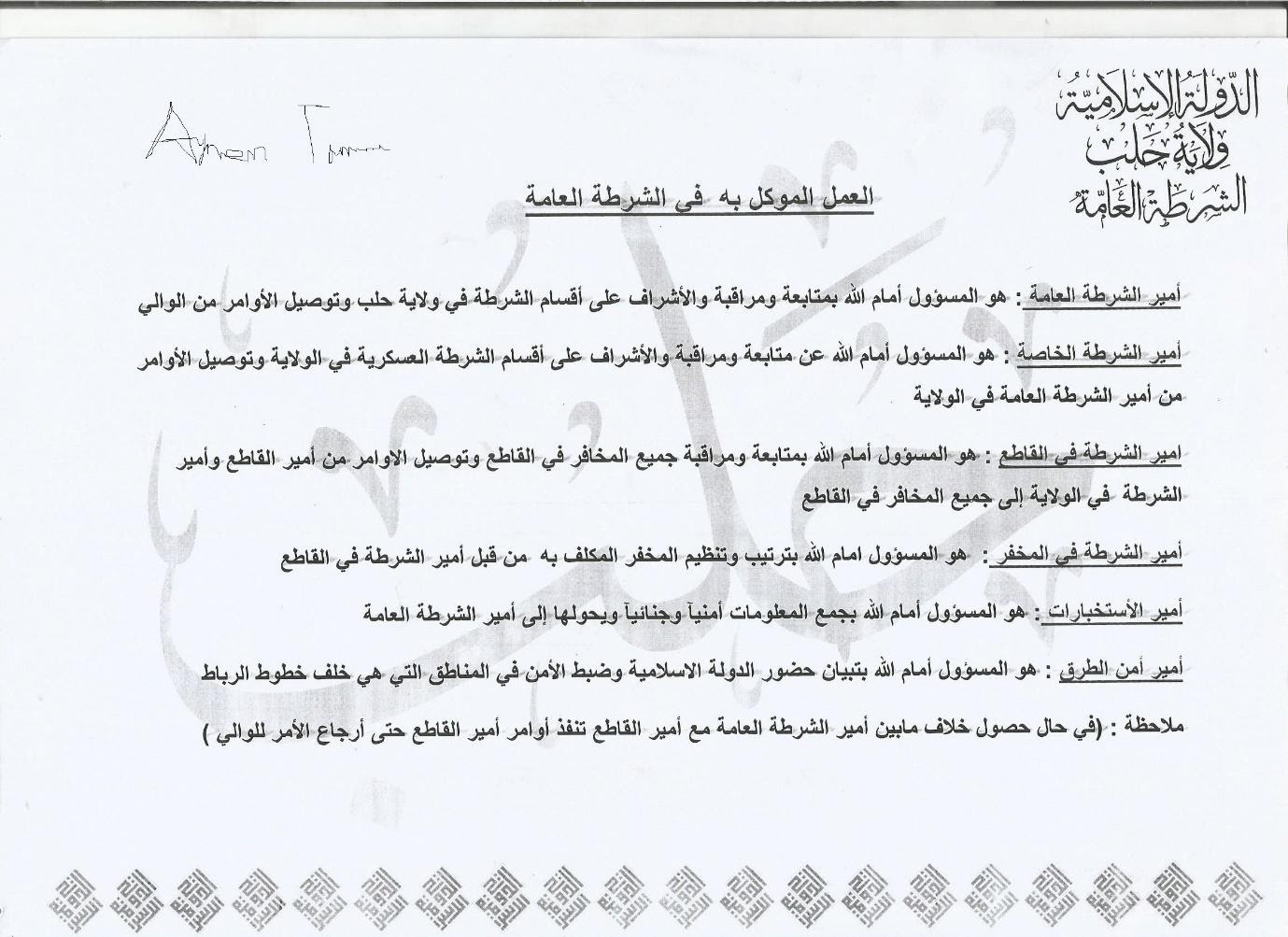 Work assigned in the General Police

Amir of the General Police: he is the official before God responsible for tracking and overseeing and supervising the divisions of the police in Wilayat Halab and conveying the orders from the wali.

Amir of the Intelligence: he is the official responsible before God for gathering the information in terms of security and criminal matters and referring them to the amir of the general police.

Amir of the Security of the Routes: he is the official responsible before God for making clear the presence of the Islamic State and managing security in the areas that are behind the ribat [frontline manning] lines. 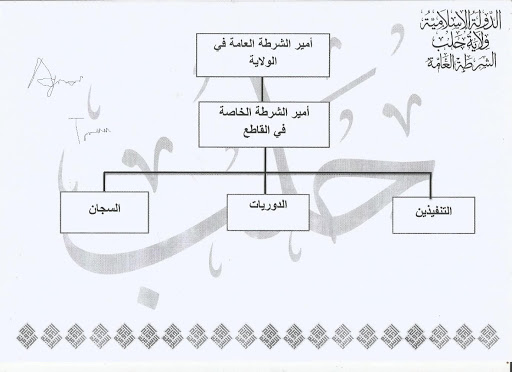 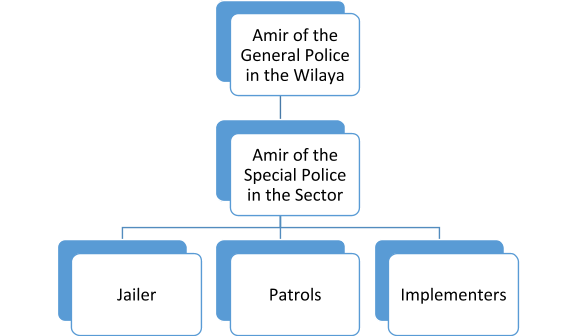 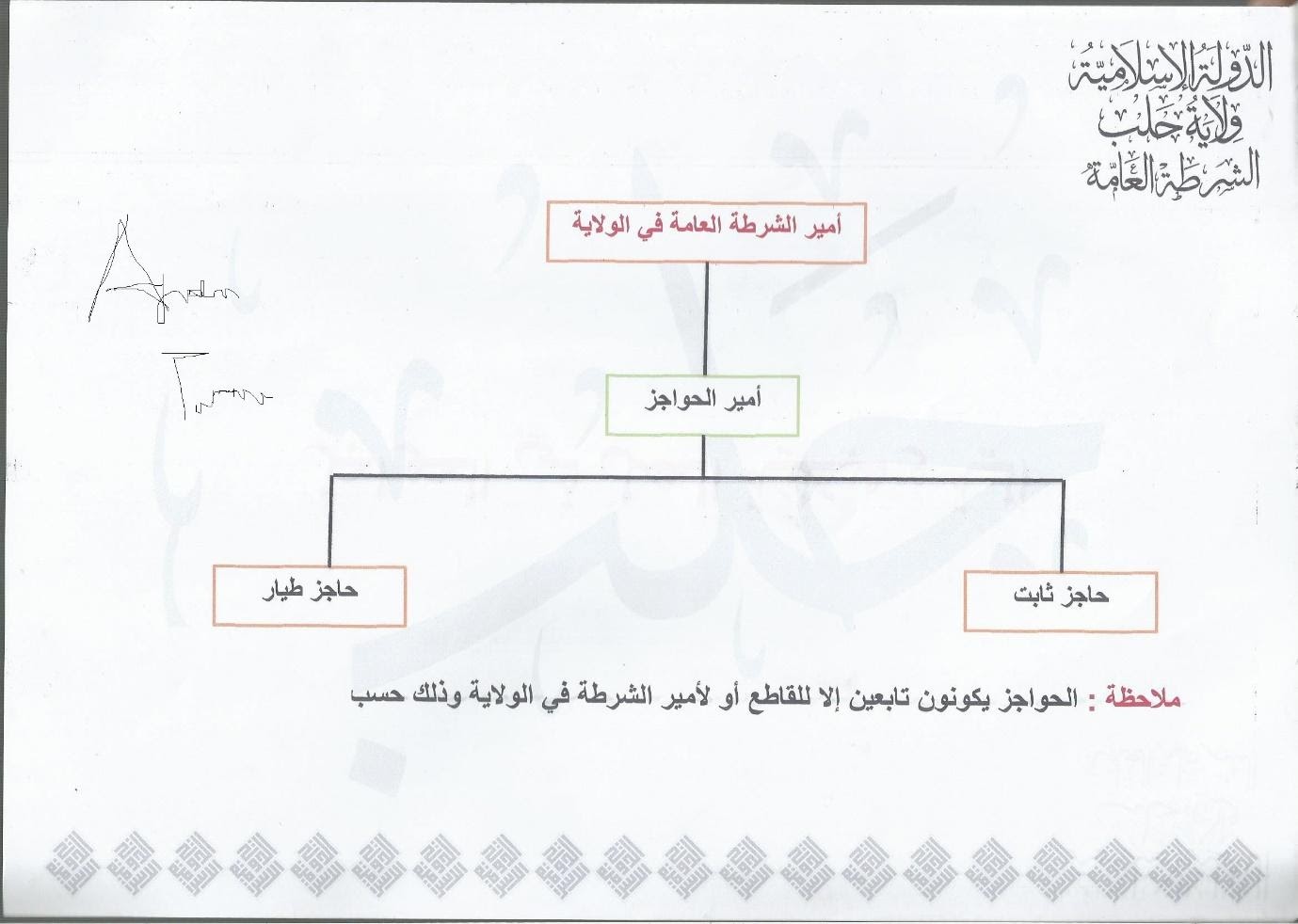 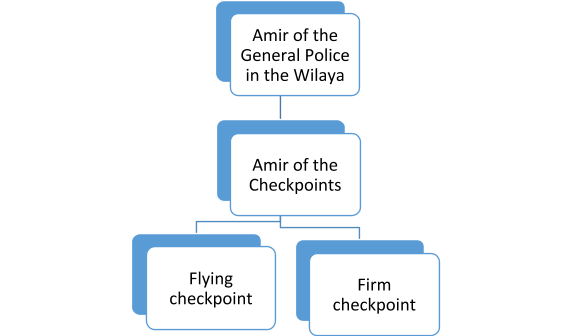 Note: the checkpoints should be affiliated either with the sector or the amir of the police in the wilaya, and that will vary. 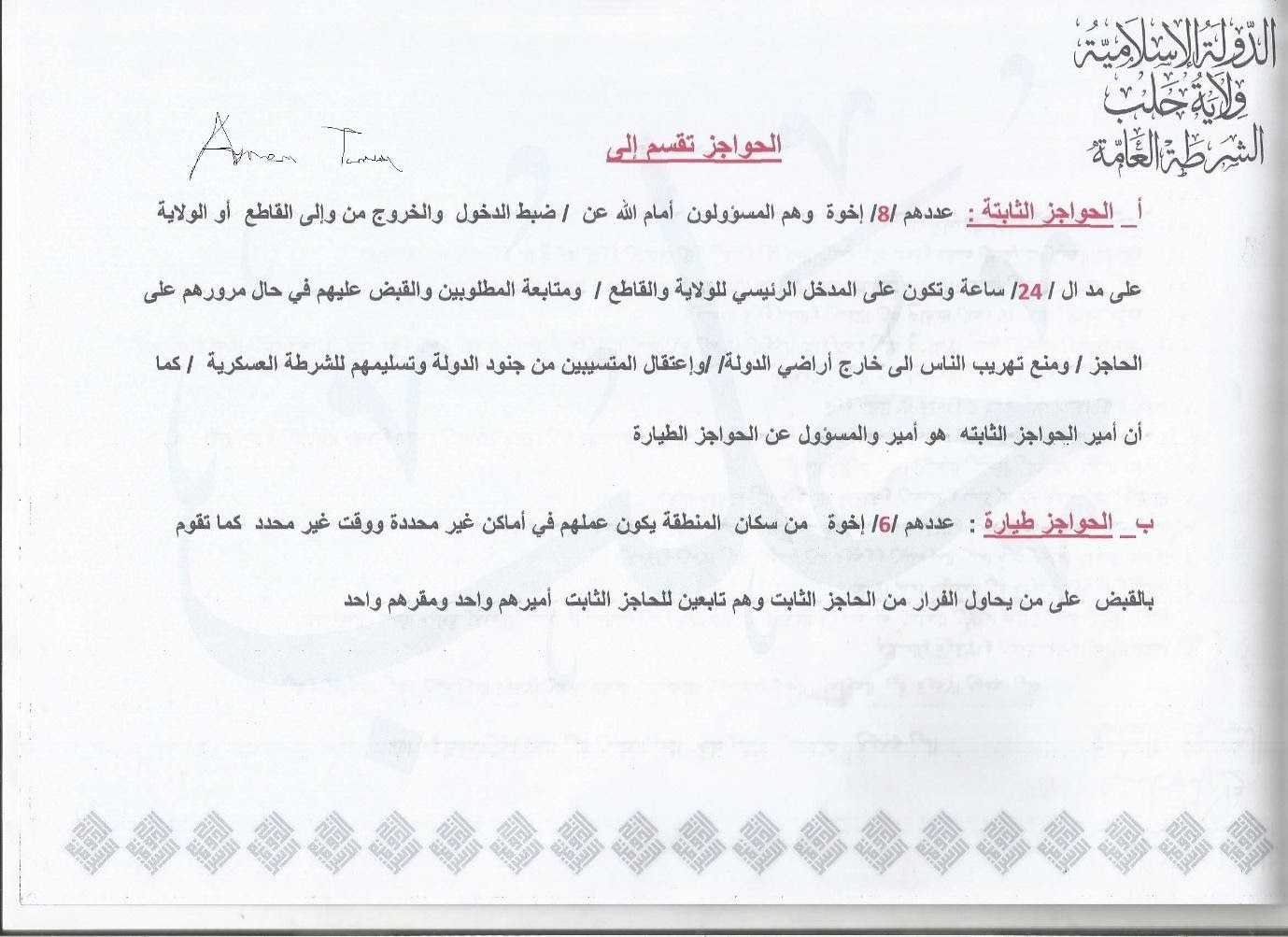 The checkpoints are divided into:

a) Firm checkpoints: their number is 8 brothers and they are the officials before God responsible for recording entry and exit from and to the sector or wilaya over the course of 24 hours and they are situated at the main entry to the wilaya and sector. They also track the wanted people and catch them if they try to pass through the checkpoint, prevent smuggling of people to outside the lands of the Dawla [Islamic State], and arrest the slackers from the soldiers of the Dawla and hand them over to the military police. Also the amir of the firm checkpoints is the amir and official responsible for the flying checkpoints.

b) Flying checkpoints: their number is 6 brothers from the inhabitants of the area, their work being in undefined places and times. They also arrest those who try to flee from the firm checkpoint and they are affiliated with the firm checkpoint. Their amir is one and their base is one. 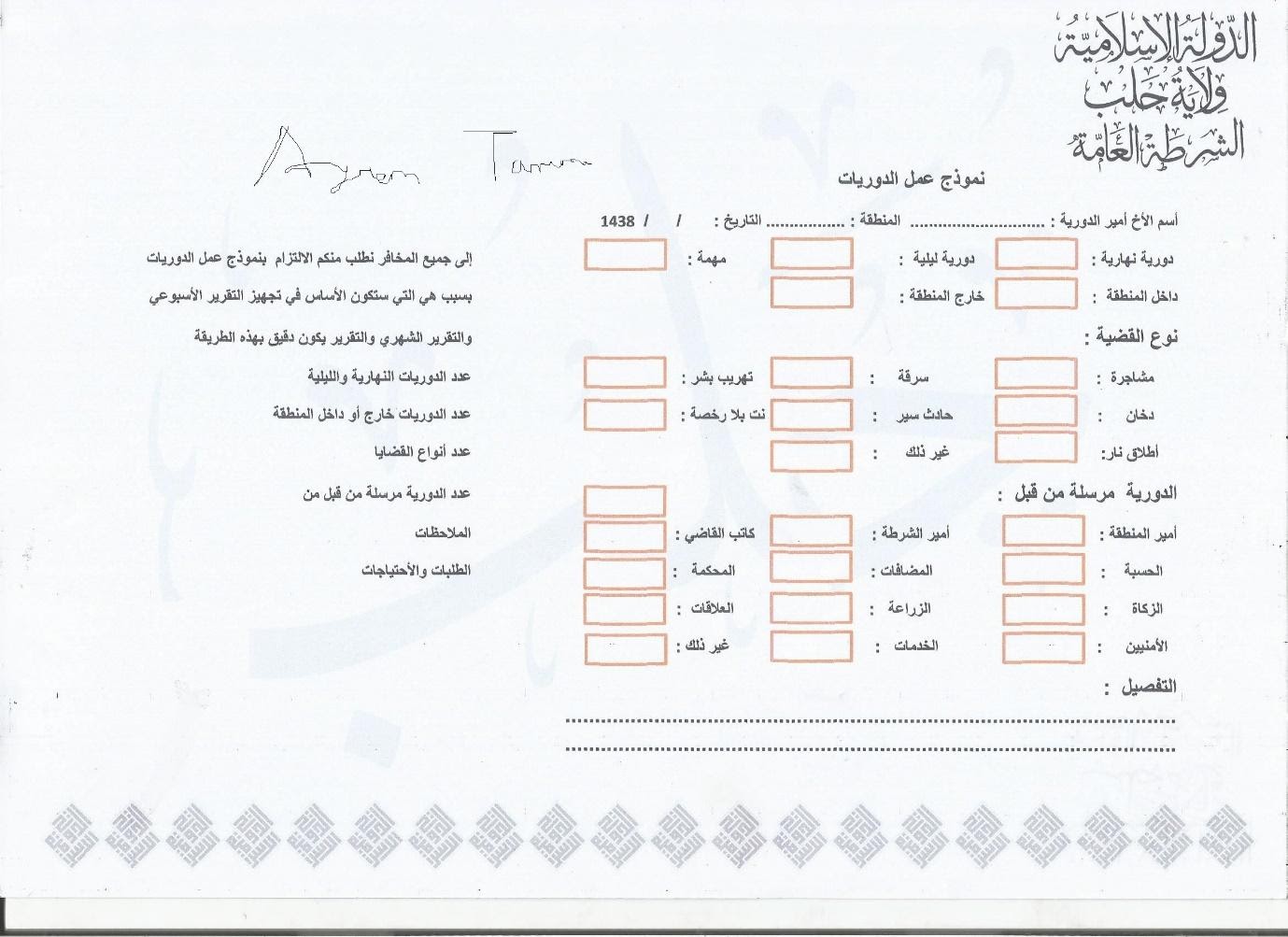 Specimen of work of the patrols [for the police stations]:

To all the stations, we ask you to comply with the specimen of the work of the patrols because they will be the basis in preparing the weekly report and monthly report and the report must be precise in this manner:

Aymenn Jawad Al-Tamimi is an independent analyst and a doctoral candidate at Swansea University, where he focuses on the role of historical narratives in Islamic State propaganda. His public media work focuses primarily on the Islamic State, Iraq, and Syria, and he has been cited in numerous outlets for his insights, including the New York Times, Washington Post, Agence France-Presse, and the Associated Press. His website is www.aymennjawad.org.

In the aftermath of Abu Bakr al-Baghdadi’s death, I noted that the Islamic State (IS) was likely to start a bayat campaign for its new Caliph Abu Ibrahim al-Hashimi al-Qurashi. Beginning November 2, IS’s official Telegram channels began posting such bayat.

There are two main reasons for this: 1. pledges are leader-specific rather than group-specific and thus need to be renewed with each succession and 2. it is a way to legitimize al-Qurashi’s rule and create a media event so that the group can promote itself as it transitions to a new phase.

The first reason is also something that IS pointed to when it began to overtly feud with al-Qaeda (AQ) in 2013, by saying that following Abu Mus’ab al-Zarqawi’s death, his successor Abu Hamzah al-Muhajir gave baya to the newly created Islamic State of Iraq’s leader Abu ‘Umar al-Baghdadi and even after Abu ‘Umar was killed, when Abu Bakr al-Baghdadi took over in 2010 and then Usamah Bin Laden was killed in 2011, Abu Bakr never publicly gave baya to Ayman al-Zawahiri, even if al-Zawahiri claims he gave it to him privately. Therefore, from the perspective of IS this whole process is not trivial, but important for legitimacy of its leadership and to potentially weed out any insubordination before it manifests into something larger as it already did in the past vis-a-vis AQ.

This post will be updated with the latest official pledges. 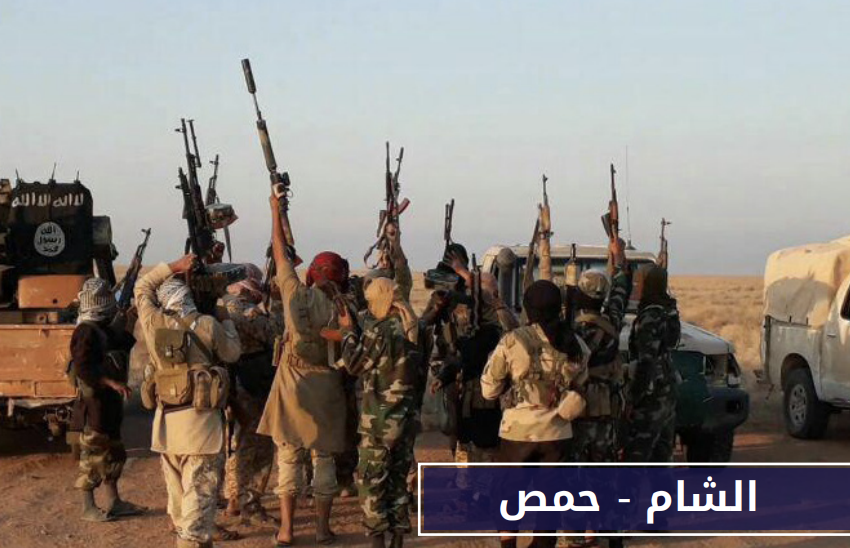 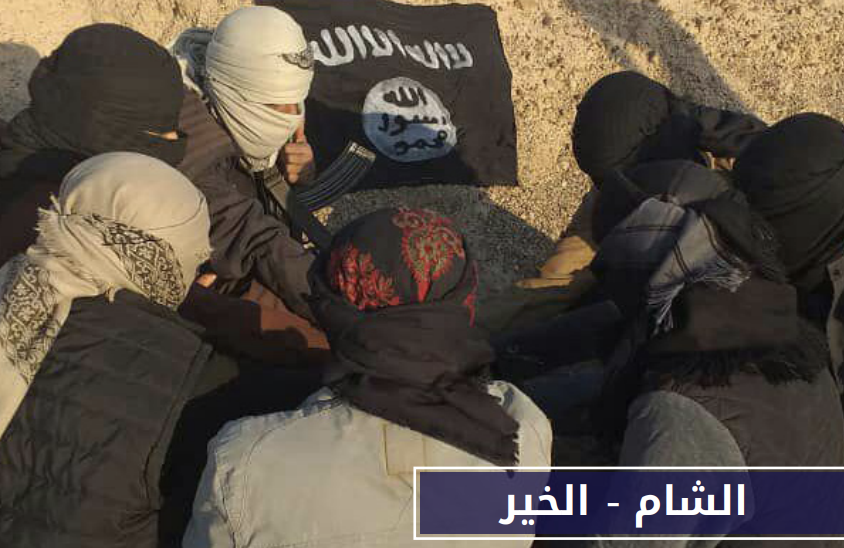 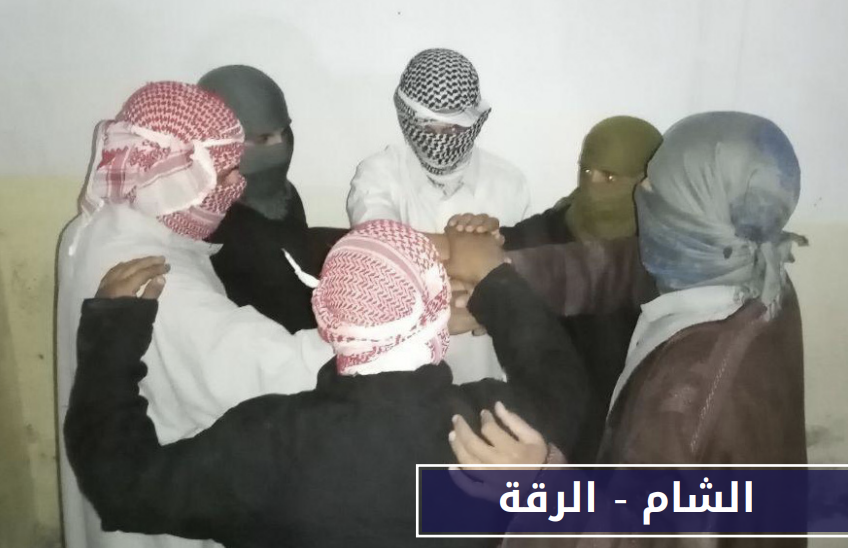 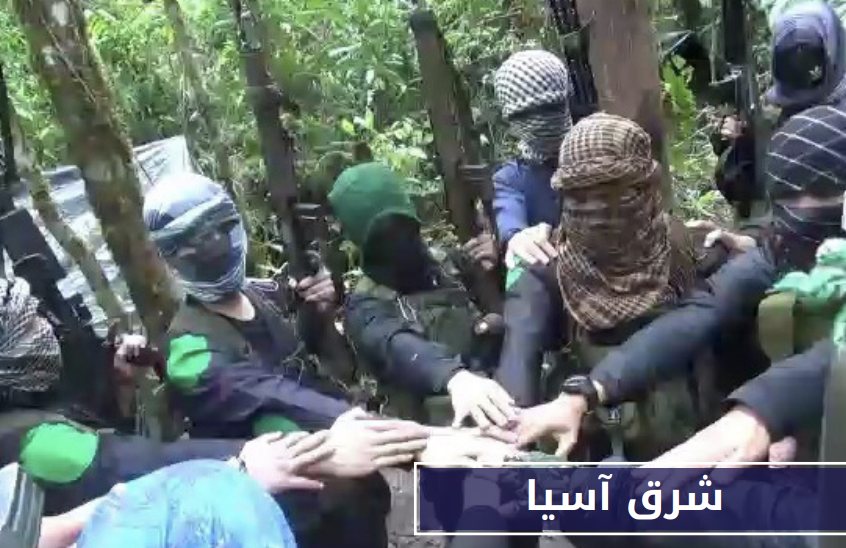 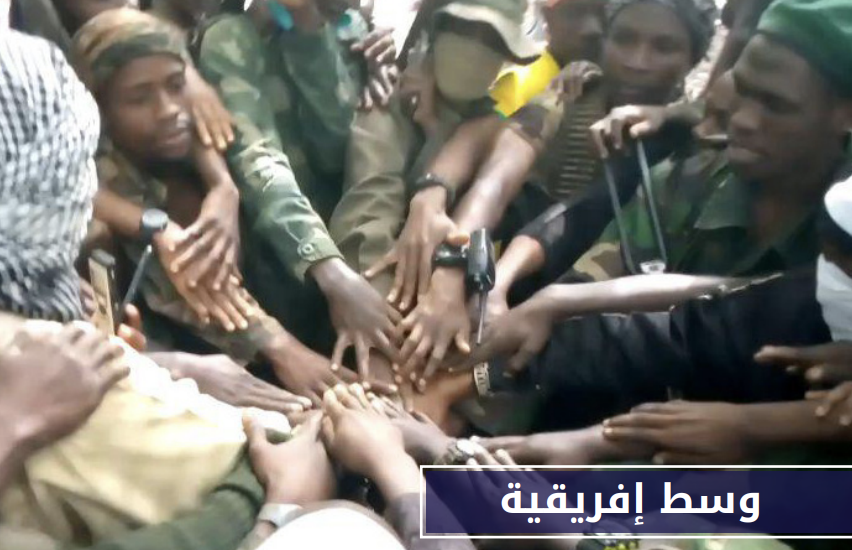 The title of this release is in reference to Qur’anic verse 3:146. Here it is in full: “And how many a prophet [fought and] with him fought many religious scholars. But they never lost assurance due to what afflicted them in the cause of God, nor did they weaken or submit. And God loves the steadfast.”
—

The title of this release is in reference to Qur’anic verse 59:2. Here it is in full: “It is He who expelled the ones who disbelieved among the People of the Scripture from their homes at the first gathering. You did not think they would leave, and they thought that their fortresses would protect them from God; but [the decree of] God came upon them from where they had not expected, and He cast terror into their hearts [so] they destroyed their houses by their [own] hands and the hands of the believers. So take warning, Oh people of vision.”
—