NOTE: For prior parts in the Hizballah Cavalcade series you can view an archive of it all here. This piece is part of Hizballah Cavalcade’s “Pearl & The Molotov” sub-series on Bahraini Shia militant groups.
—
Saraya al-Karar: Bahrain’s Sporadic Bombers
By Phillip Smyth 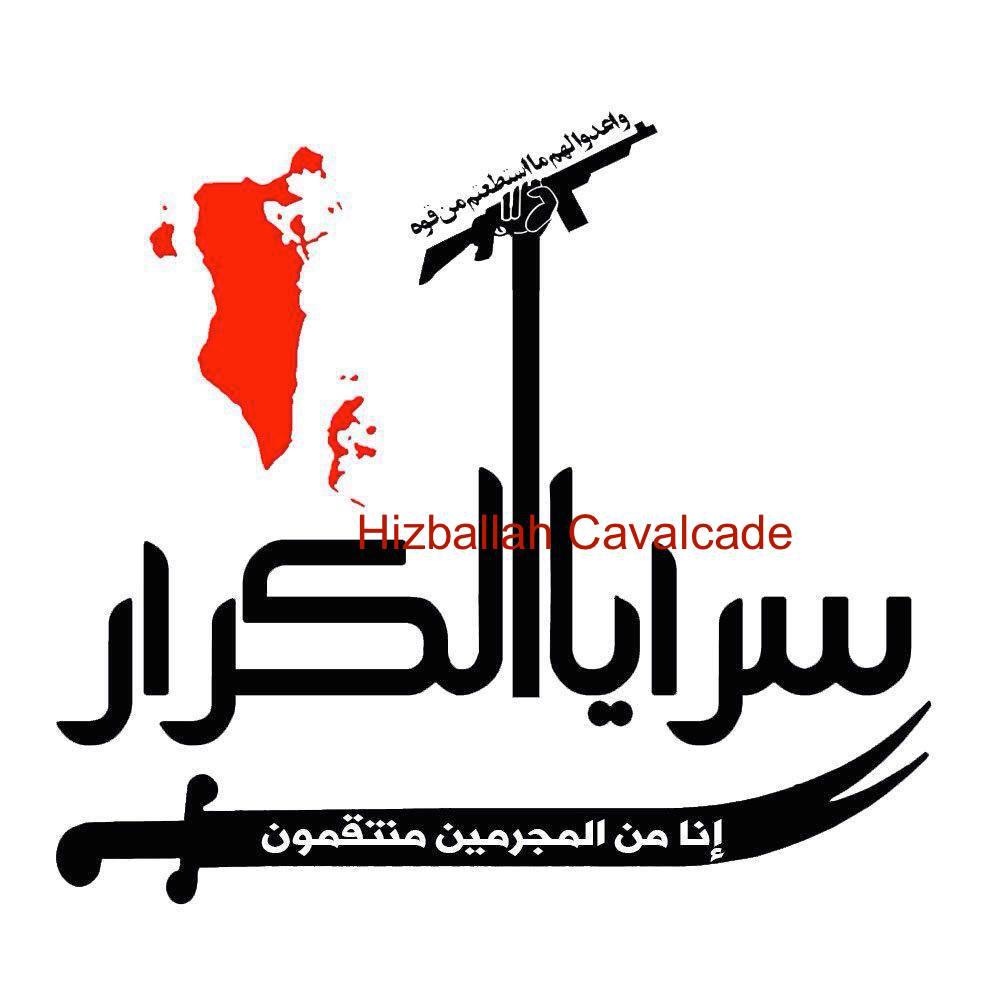 Figure 1: Saraya al-Karar’s newest logo. This symbol was first used in mid-August 2014.
Along with a number of other Bahraini Shia militant organizations, Saraya al-Karar (SaK) came onto the scene in early 2014, announcing itself via the creation of a Facebook page and a Twitter account. At first, SaK mirrored other declared militant groups like Liwa ‘Abis—Smaller than other groups, possibly a front, not as well established, and it appeared likely (as with what happened with the aforementioned organization) that after an initial wave of activity, the group would fade into obscurity. Additionally, the organization initially appeared to be either a front-group for other more established Bahraini militant groups like Saraya al-Ashtar or Saraya al-Mukhtar. While the links to those groups and what appears to be a growing public alliance between them is in the footing, the group has continued its periodic bombing campaign.
Weapons and Operations
The weapons systems SaK prefers to deploy appear to be improvised explosive devises (IEDs). Additionally, their targets have been, almost exclusively, Bahraini police officers. In general, this fits a model witnessed with other Bahraini militant groups, which have primarily targeted internal security forces.
SaK’s first round of bombings began with an announcement on February 13, 2014. The next attack occurred over a month later in March, when the group claimed an attack against a vehicle. The following attack launched by SaK occurred a month after their claimed attack on a vehicle; this time SaK claimed to target Bahraini “troops.” In both attacks, no casualties were claimed. Once again, a month later another attack was announced. 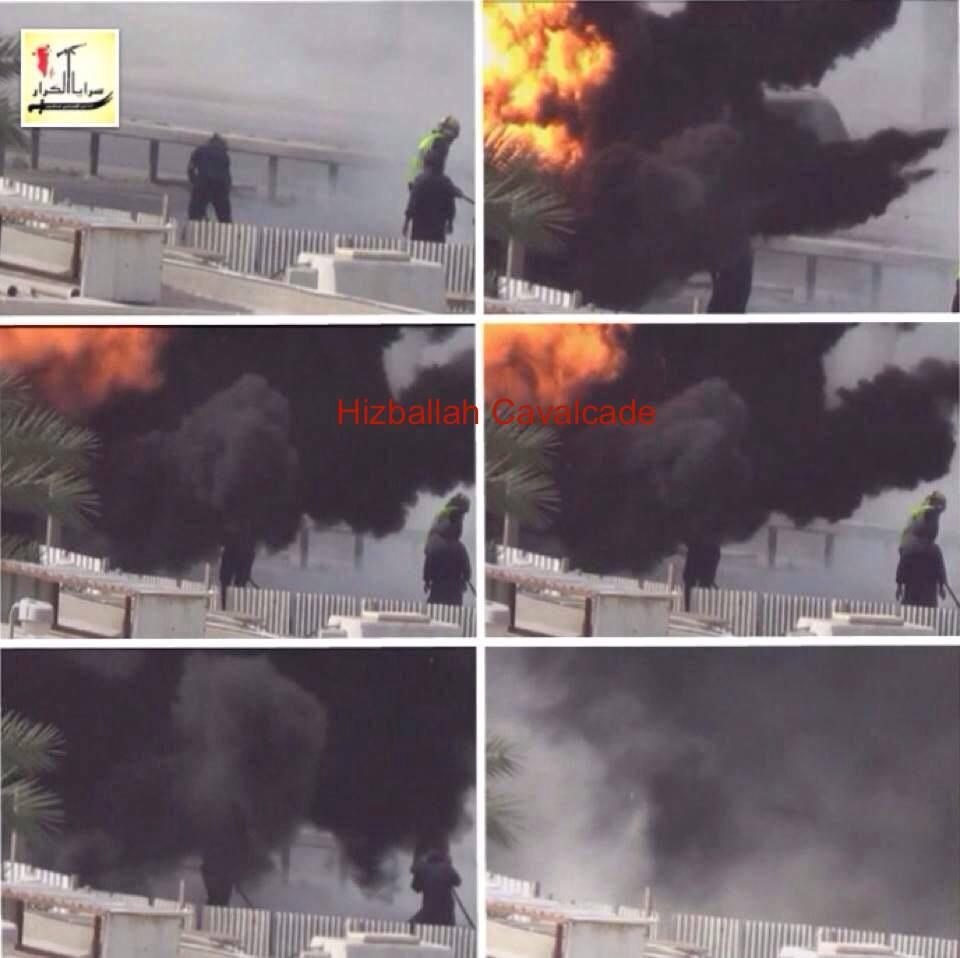 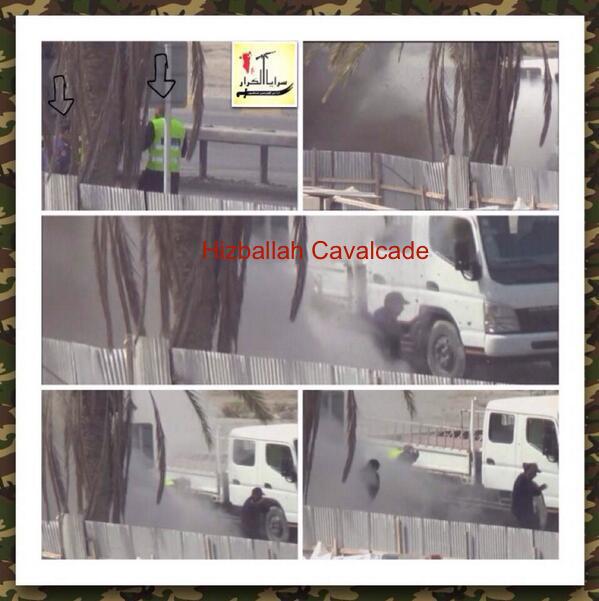 Figure 3: Another July SaK bombing photo series (posted on July 14, 2014).
After SaK claimed attack in late-May, the group appeared to go quiet. However, beginning in July, 2014, the organization began a renewed bombing campaign. As before, the organization targeted Bahraini police. However, unlike previous events, SaK released a series of images throughout their social media apparatus. Throughout July, a number of what appeared to be video captured photos were pieced together and posted by the group. The last of these images was for a bomb targeting a police deployment in Al-Qurayyah. Later in August, a video was posted online showing the Qurayyah attack. 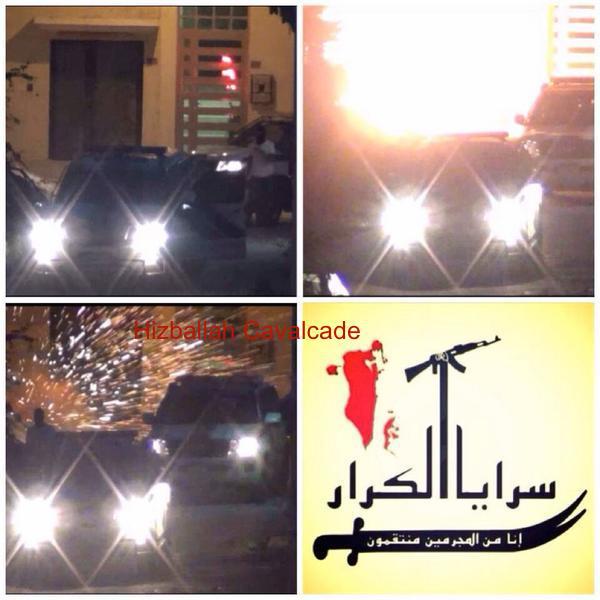 Figure 4: Posted video captures from the SaK August bombing video. This photo set was posted on July 26, 2014.
However, the posting of the video (posted here) did not initially occur on an official account belonging to Saraya al-Karar. In fact, SaK, using other social media platforms, published two video versions of the attack. Neither of these clips featured the group’s logo. However, one of the clips and the main re-edited video both included the instrumental sections from Hizballah singer/songwriter Ali Barakat’s “Nasheed Faylaq Badr al-Iraq” (The song of Iraq’s Badr Corps).1 It is important to note that other Bahraini militant organizations have utilized Iranian proxy produced militant songs for their own productions. What level of connection this shows, if any, between SaK and Iran and/or their proxies are unknown.
At the time of this writing, the most recent SaK attack occurred in November in the Bahraini town of Diraz. The bombing reportedly wounded two Bahraini police officers.2 The operation marked another small public turning point with Saraya al-Mukhtar praising the operation via a communiqué. 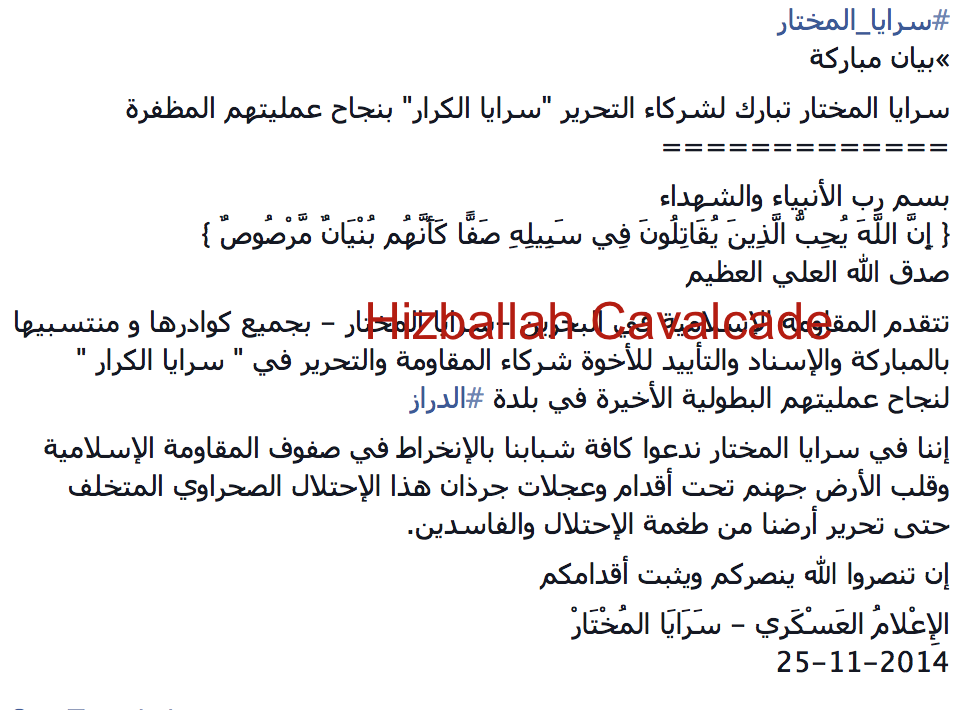 Figure 5: Saraya al-Mukhtar’s praise for SaK’s November operation that wounded 2 Bahraini police officers.
While other Bahraini militant organizations marched in lockstep in regard to their opposition to the Saudi trial and death sentence for radical cleric, Ayatollah Nimr al-Nimr, SaK has made little mention of the religious leader in recent months. However, on August 8, 2014, the group claimed an attack using a firearm in Bani Jamra. The attack was listed as, “Al-Nimr khat al-ahmar” or “the Nimr red line.” The use of the term, “red line” in relation to Ayatollah Nimr’s imprisonment and trial has been a common phrase used by other Bahrani militants. 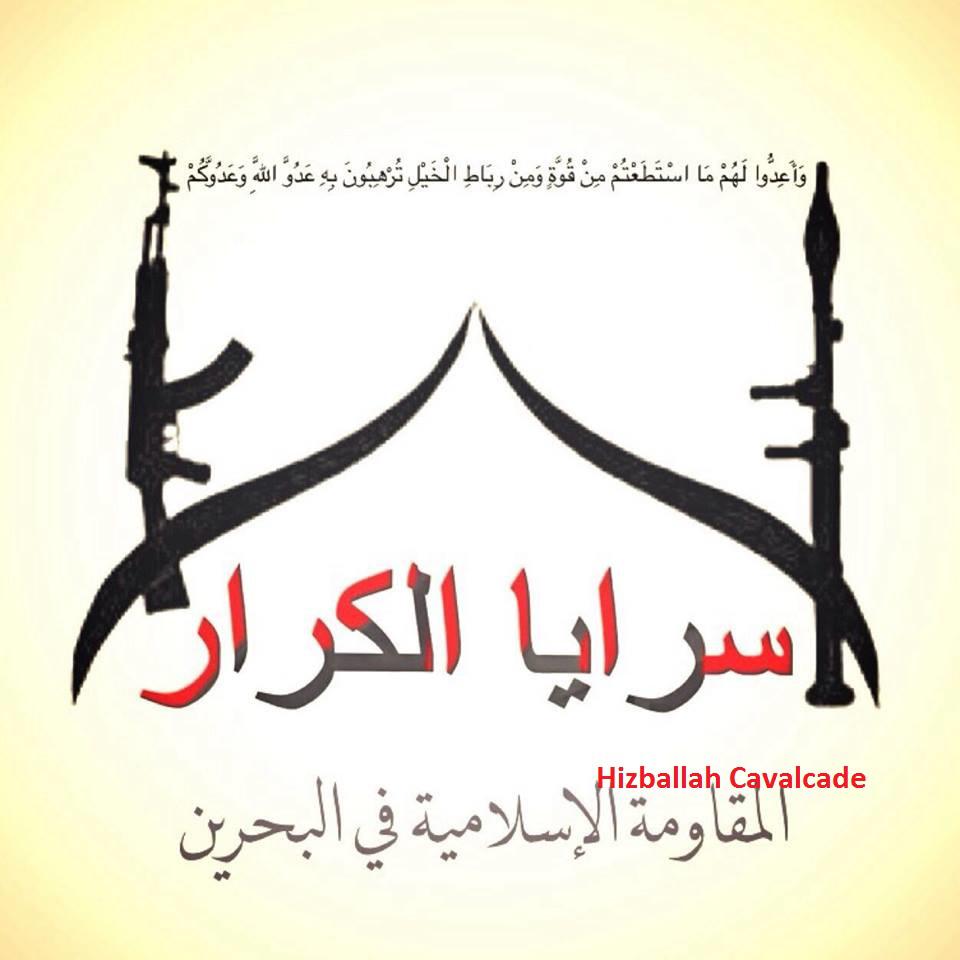 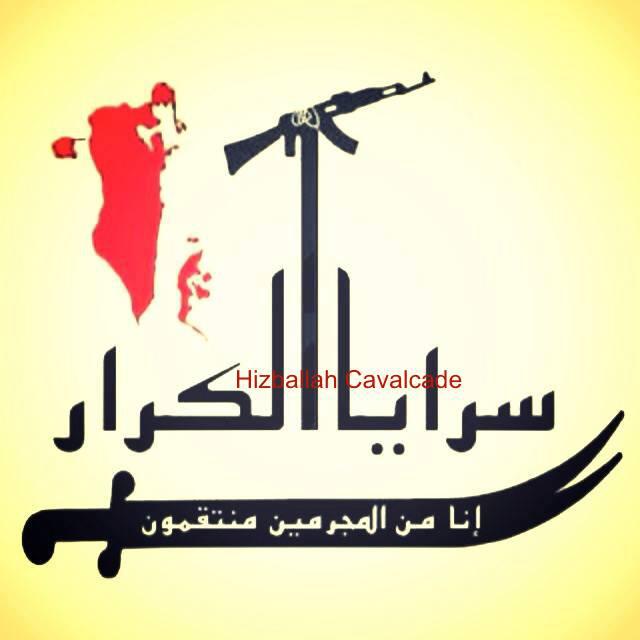 Figure 7 (Left): Saraya al-Karar’s first logo. This symbol was used by SaK from February-July 2014. On the left is a Kalashnikov-style rifle and on the right is what appears to be an RPG-7 type weapons system.
Figure 8 (Right): Saraya al-Karar’s second logo. This symbol, adopted in early July 2014, formed the basis for the current symbol.
SaK’s logo and presentation has seemingly become more professionalized than when the group was first announced. Initially, SaK’s symbol featured an RPG-7 and a Kalashnikov-type rifle flanking a stylized dome over the group’s name. Nevertheless, by the summer of 2014, the group set about changing its imagery into a more Hizballah-style logo with features found on the symbols of other Bahraini militant groups. First, a large red map of Bahrain was added to the logo, along with the fist-clenching-Kalashnikov (emerging from the alif in Al-Karar); a ubiquitous addition to most Iranian proxy group logos. SaK’s logo also received the addition of a Dhualfiqar-style bifurcated sword.
Mirroring other Bahraini militant groups and Iran’s proxies, Saraya al-Karar refers to its fighters as “Rijal Allah” or “Men of God.” Additionally, the SaK has called itself “Al-Muqawama al-Islamiyyah fi Bahrain” (The Islamic Resistance in Bahrain), as have the other Bahraini militant organizations. Like other Bahraini militants, the group calls their foes (Bahrain’s internal security services and police), “mercenaries.” This is a reference to non-native Bahraini individuals (often from the Arab World and the Indian subcontinent) who have joined the state’s security apparatus.
Conclusion
Thus far, SaK has not directly threatened the U.S., other Western, or Saudi interests in Bahrain. However, its public messaging and targets appear to be linked to Bahrain’s other militant groups. It is possible SaK is another Bahraini front group. Nevertheless, its continued operations appear to be establishing an independent identity for the organization. SaK attacks may continue to strike Bahraini security forces. Yet, only time can tell whether SaK will carry out future operations against other targets.
NOTES:
___________
1 See: https://www.youtube.com/watch?v=GYr-kdQeph8.
2 See: https://www.policemc.gov.bh/en/news_details.aspx?type=1&articleId=24462.