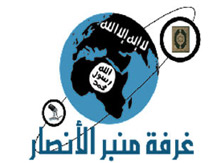 Click the following link for a safe PDF copy: Shaykh Abū ‘Abd ar-Raḥman al-Batīrī — “Combat ‘Aqīdah for the Weapons of the Believers”
__________

To inquire about a translation for this book for a fee email: [email protected]

To inquire about a translation for this book for a fee email: [email protected]

UPDATE 4/4/12 1:42 PM: Here is a French translation of the below Arabic article and English translation:

UPDATE 12/18/11 6:26 PM: Here is an English translation of the below video:
The massacre that happened in Zhanaozen where tens of the general public were killed, it appears to us that the regime of Nazarbayev doesn’t fight the mujahidin only, but rather he fights the whole Kazakh people. He wasn’t satisfied by plundering the money of the people and oppressing it, but moreover he banned people from their right in worshiping Allah.
O’ Kazakh people: your blood is ours blood, and your souls are our souls. Insha’Allah we won’t leave this event pass quietly. We call you to continue your revolt against the regime of Nazarbayev. Since this regime aims to deform the identity of the Kazakh people.
Beginning from today we don’t only demand from you to cancel unjust laws, but we demand to expel Nazarbayev and his aids in governance.
Allah Akbar
Jund Al-Khliafa
_________

Click the following link for a safe PDF copy: Jund al-Khilāfah — “On the Death of Five of Its Members in the State of Almaty (Kazakhstan)”
________

UPDATE 11/16/11 3:27 PM: Here is an English translation of the below Arabic statement:
Allah Almighty says in His noble Book: (And who does more wrong than the one who invents a lie against Allâh, while he is being invited to Islâm? And Allâh guides not the people who are Zâlimûn (polytheists, wrong-doers and disbelievers) folk -7- They intend to put out the Light of Allâh (i.e. the Religion of Islâm, this Qur’ân, and the Prophet Muhammad SAW) with their mouths. But Allâh will bring His Light to perfection even though the disbelievers hate (it) -8-) Surah As-Saff
And He said: (Now surely the curse of Allah is on the unjust -18- Who turn away from the path of Allah and desire to make it crooked; and they are disbelievers in the hereafter -19-) Surah Hud
On Monday 14 November 2011 president Nazarbayev broke his silence and talked about the events of the recent crisis that he caused by enacting the anti-Islamic laws.
Nazarbayev and his government insures once again to us, the Kazakh people, and all the nations of the world, that they aren’t qualified to lead this great nation and that they are eager for their personal interests, and achieving their desires in remaining influential over the people. Their only concern is keeping the rule by any mean, even by oppressing the Moslem people and fighting the Islamic sanctuaries, to please their masters who are languishing in the Kremlin.
The recent speech of Nazarbayev was expected to contain political solutions for the current crisis, carrying assurances for all the parties, for the Kazakh people in particular, and the men of Politics, economy and investments. And confirm to them that matters will return to its normalcy, and that the bad laws will end and all the concerns and fears will disappear with it. But the president who called himself Elbasy –leader- of the Kazakh nation, proved to us that he doesn’t have any of the elements of leadership, and doesn’t understand the most simple rules of awareness of politics and history. He gathered the pillars of his regime and intelligence agencies and snarled and threatened and decided with all the arrogance and obstinacy to continue to follow the same policy, and issue orders to his ministers and supporters inciting them to prepare to receive his orders that contain the security and sniffer solutions, ensuring the capability of his regime to crush any Islamic opposition right away.
This talk of Nazarbayev was concurrent with a campaign of intimidation and arrests that affected a huge number from the sons of the Moslem Kazakh people, and a fierce wave of torture that intensified against the Moslems in the prisons of the Tagut. All this confirms the bad intention of the regime and that it’s not ready to deal with the demands of the Muslim people in a safe and clever way.
Here we want to say that the procedures that are taken by the Nazarbayev regime adds insult to injury and doesn’t help in getting the country out from the circle of danger. The sniffer solutions and security methods will do it no good, and will not prolong it’s his stay in power, rather the opposite is true. Crushing the pulse of resistance that go through the veins of the sons of Islam in Kazakhstan isn’t an easy matter. We have prepared well for the matter, we are ready Insha’Allah to continue our battle against Nazarbayev and his oppressive cronies for many years until all the injustices over the Muslim people disappear or die for this purpose.
Let no one think that the death of a soldier from the our battalion can impede our movement or stop it, instead of one there are tens and hundreds of lions who are ready to assault the remnants of collapsing regime. In Taraz, we saw with your own eyes what one soldier did to you, and Insha’Allah you will see horrors by the hands of men who don’t fear death and give their souls cheaply to support the religion of Islam and defend the honors of the Muslims. And the tyrant should know that we are eager to die as his soldiers are eager to live, and that his battle with us will never be equal, and let him bring glad tidings to his supporters from his entourage with what harms them… (And those who do wrong will come to know by what overturning they will be overturned) 227 Surah Ash-Shuara.
Finally w remind the Nazarbayev regime that it will never win this battle, simply because he wagered on the losing horse. And that he won’t succeed if he stuck to his arrogant policy. And he would only get disgrace in this world and in the hereafter he will have torture from the Lord of the worlds.
It’s better for him to retreat before it’s too late, and apologize to the people for what he committed against it from abuses, and cancel the unjust laws that restrict the freedom of worship, and release all the prisoners who were oppressed and imprisoned because of their political affiliation and their preaching of Islam. Here we cannot fail to remind the regime and its supporters that they bear full responsibility for life and safety of the Muslim prisoners in their prisons and security headquarters…
(and to Allah belongs the might and to His Messenger and to the believers, but the hypocrites do not know) 8 Surah Al-Munafiqoon
Al-Zahir Baibars company. Jund Al-Khilafa battalion
Wednesday 16 November 2011
Corresponding to 20 Dhu Al-Hijjah 1432 A.H.
_________

—
Click the following link for a safe PDF copy: Jund al-Khilāfah — “Commenting on the Recent Speech From President Nazarbayev”
__________

English:
(Permission to fight is (against disbelievers) is given to those (believers), who are fought against, because they (believers) have been wronged, and surely, Allâh is Able to give them victory -39- Those who have been expelled from their homes unjustly only because they said: “Our Lord is Allâh.” – For had it not been that Allâh checks one set of people by means of another, monasteries, churches, synagogues, and mosques, wherein the Name of Allâh is mentioned much would surely have been pulled down. Verily, Allâh will help those who help His (Cause). Truly, Allâh is All-Strong, All-Mighty -40-) Surah Al-Hajj
The law of banning the Hijab and Salat that the regime concealed it’s harsh campaign against Islam, is an unjust law, which is an doubtless indication on the Kufr of Kazakh government and its president Nazarbayev.
Due to the persistence of the regime of the state of Kazakhstan in insulting the Muslim Ummah and because of its disregard to the numerous warnings that we have delivered to it in secret and in public to amend following the tyranny and disregard to the religion of Islam and its rituals. But it insisted and through the statements of its officials to disregard our warnings and expressed its unwillingness to change the unjust policies.. Thus we in the blessed Jund Al-Khilafa battalion declare our full responsibility for the two explosions that one of them targeted the headquarters of the province (White House), and the second the headquarters of the public prosecution and intelligence in the city of Atyrau. We deny the fact that the last attack was carried out as a martyrdom-operation. It seems that the bomb exploded accidently, which led to the martyrdom of its carrier. We ask Allah to accept him among the martyrs.
We note here that these two explosions were just a warning to the government, and we deliberately did not inflict deaths and injuries in fear for the public who come in large numbers to these places. However, if in the future we do not find listening ears and responses to our demands, then, we swear by Allah, who raised the heavens without pillars, that out next attacks will be back-backing to the tyrant and will bring forth unceasing rivers from the blood of his henchmen.
And Allâh has full power and control over His Affairs, but most of men know not.
Al-Zahir Baibars company rahimahullah
Jund Al-Khilafa battalion
Monday 4 Dhu Al-Hijjah 1432 A.H.
31 October 2011
Arabic:
Click the following link for a safe PDF copy: Jund al-Khilāfah — “Regarding the Bombings in Kazakhstan”
_________