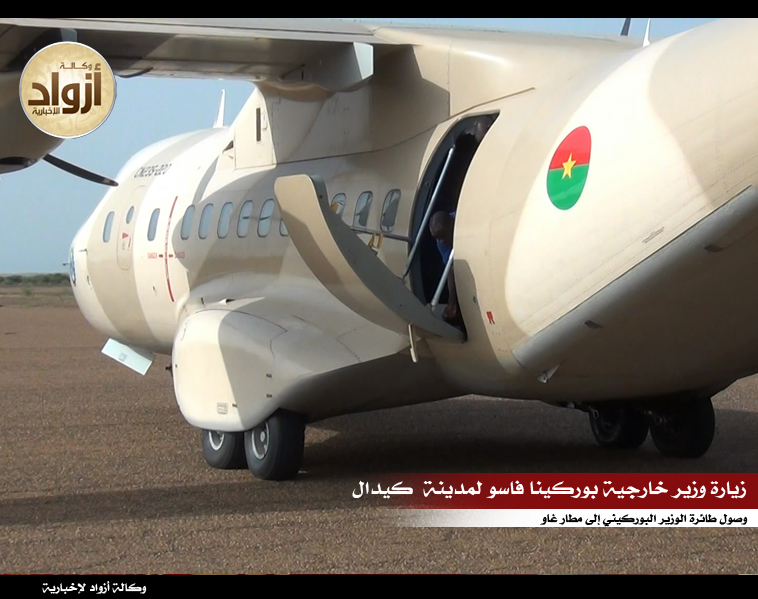 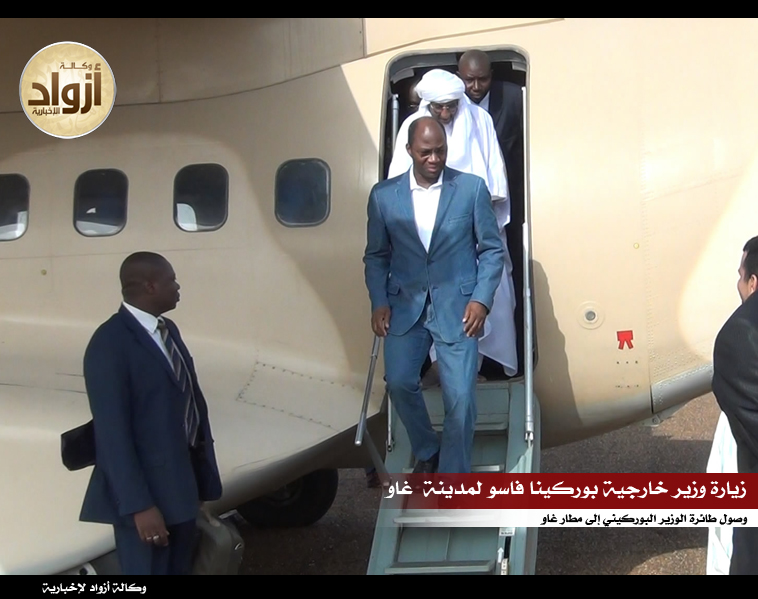 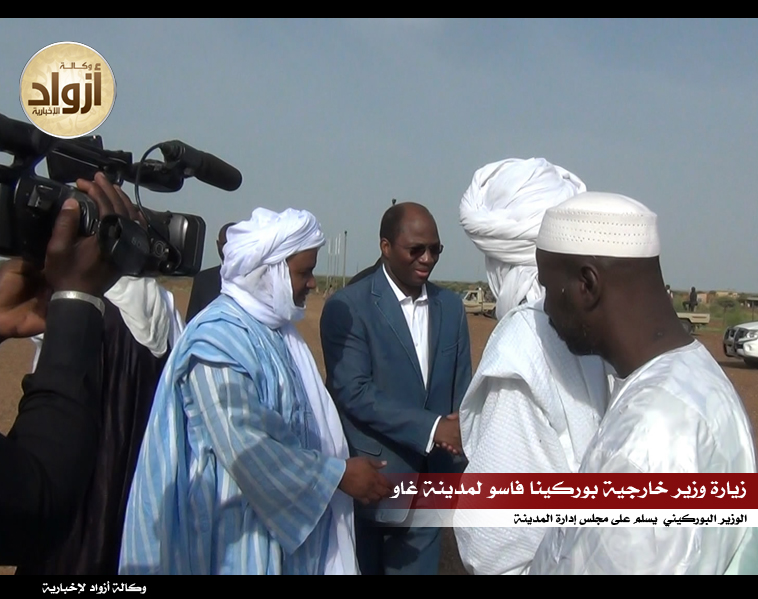 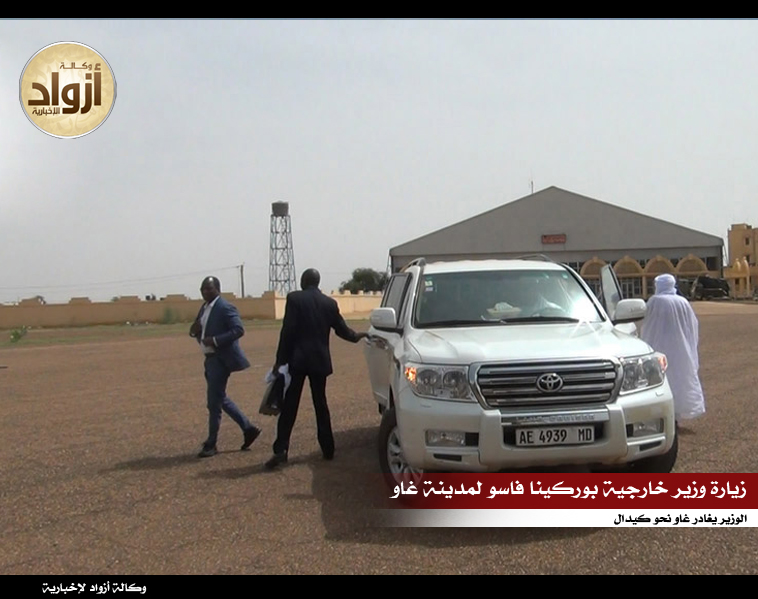 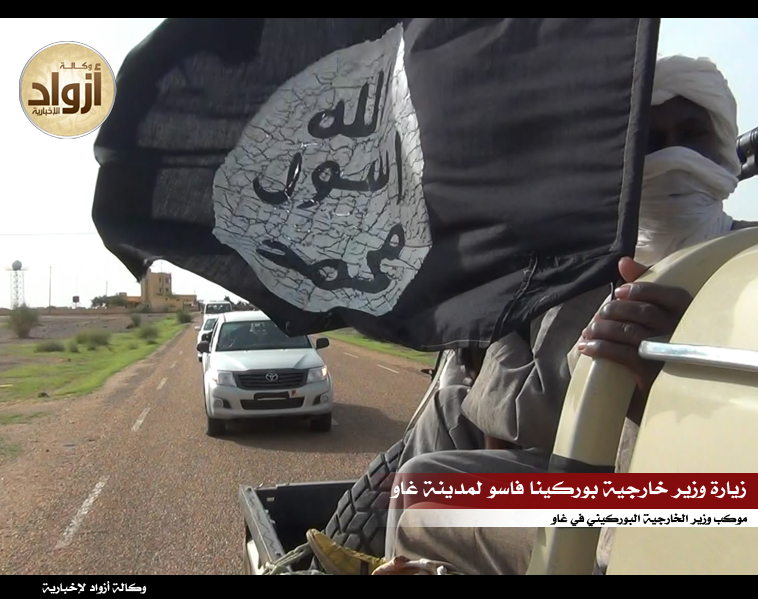 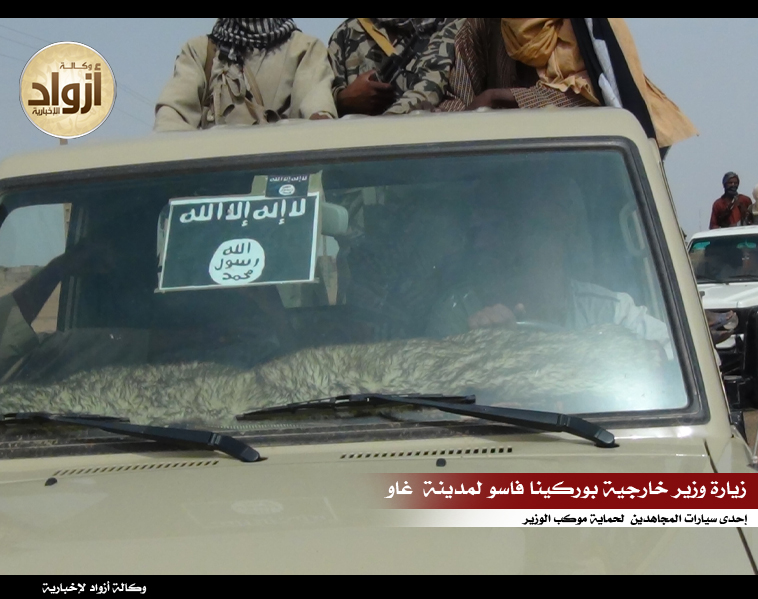 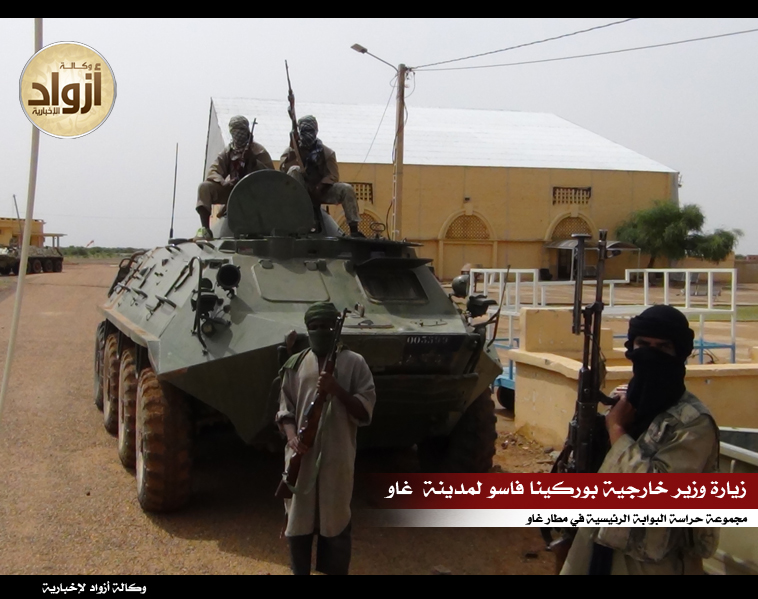 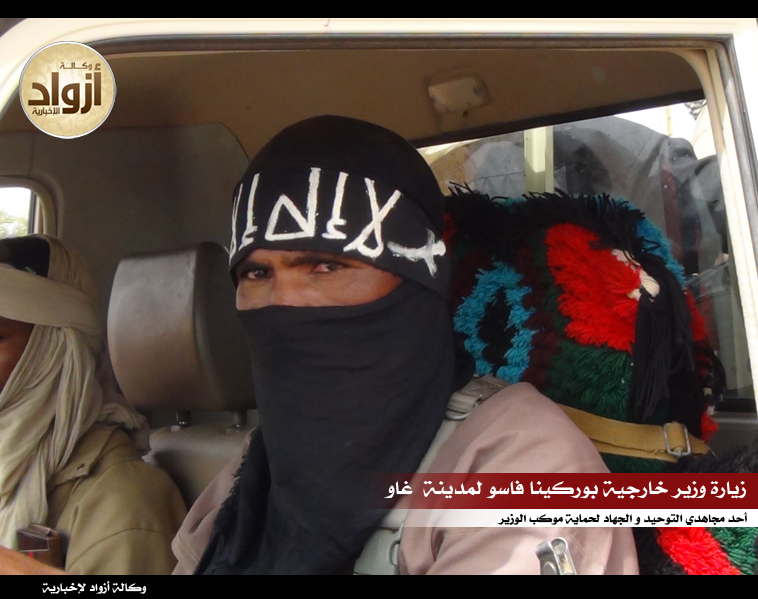 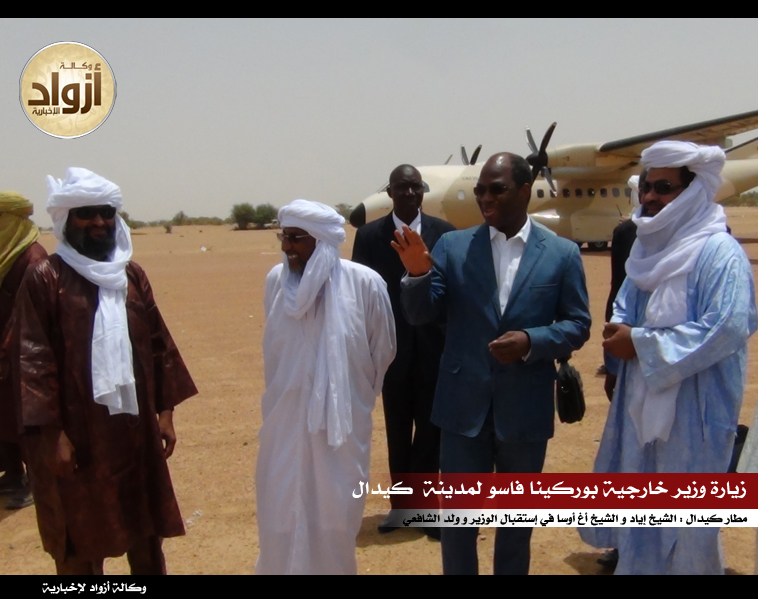 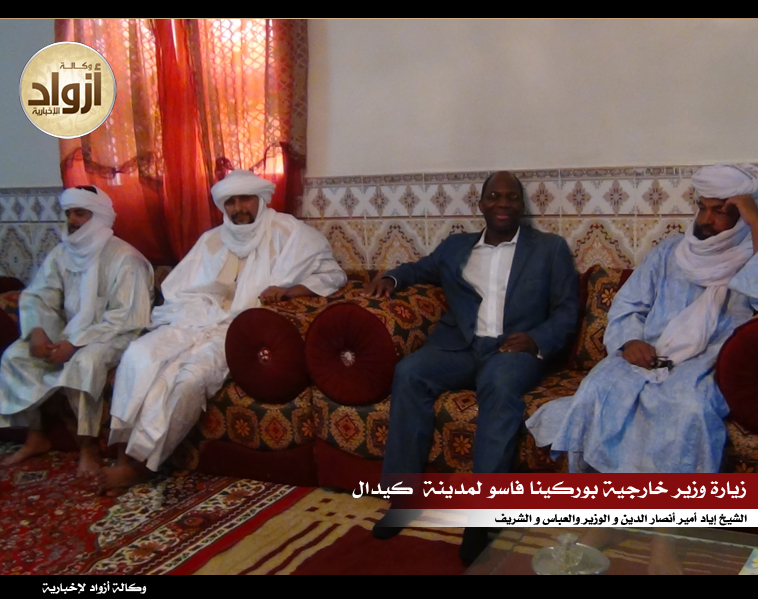 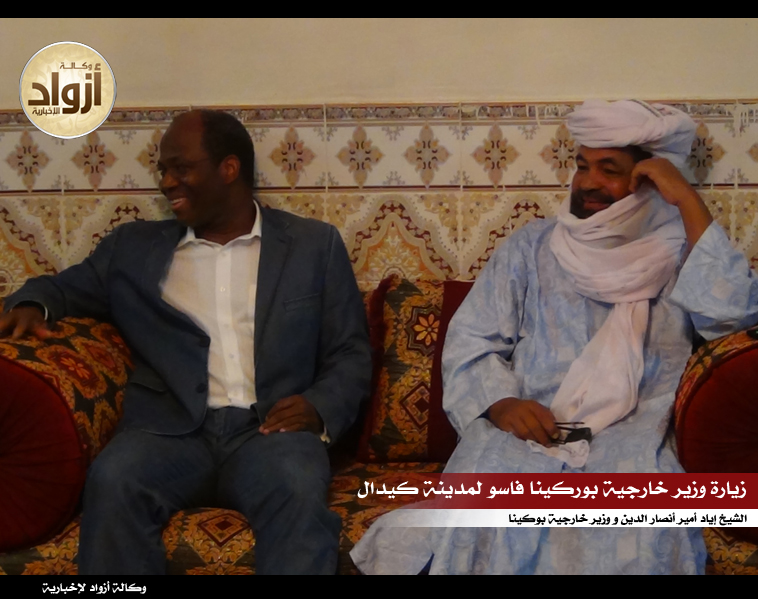 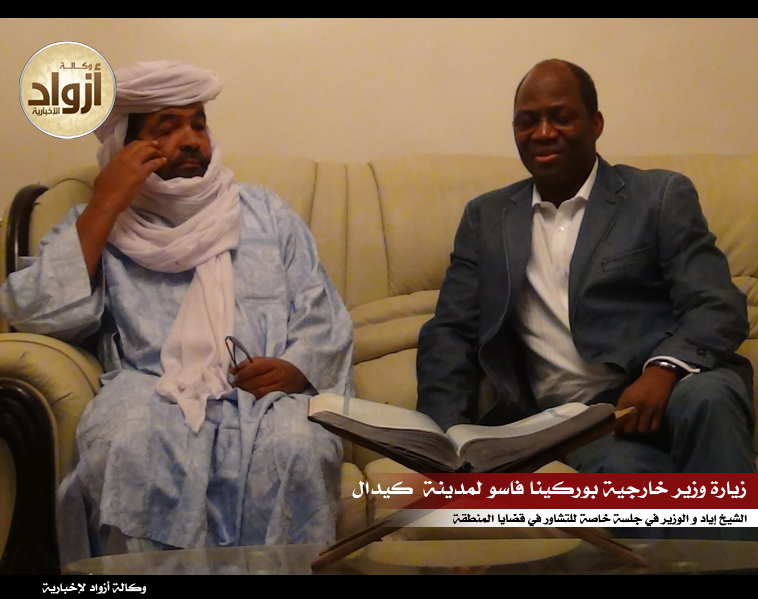 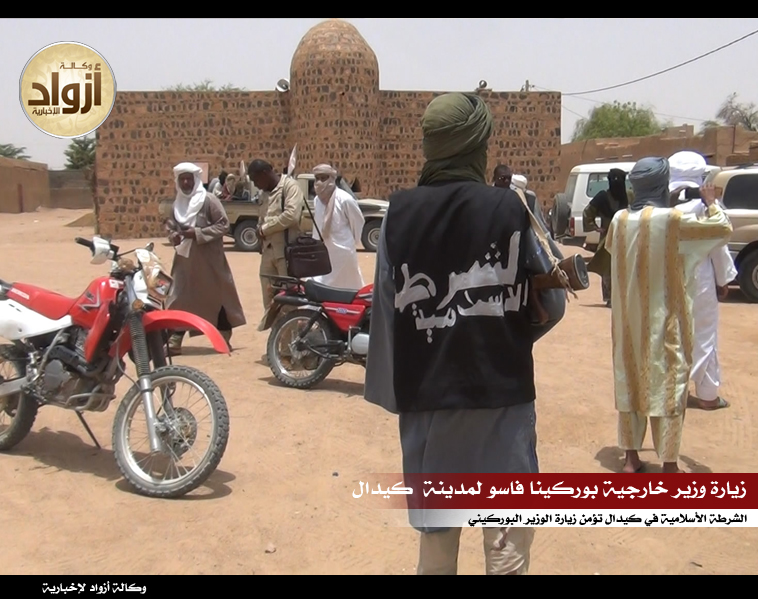 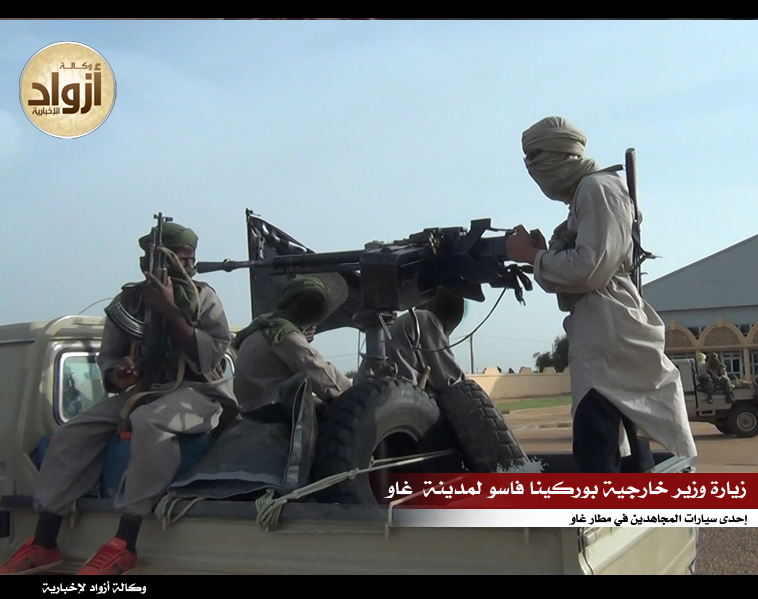 UPDATE 9/16/12 4:57 PM: Here is an English translation of the below Arabic and French newsletter:

UPDATE 4/16/12 6:38 PM: Here is an English translation of the below Arabic statement: Firstly: Women are banned from going out unveiled and – if they wanted to go out – they have wear a clothing that covers, Allah Almighty says: (And stay quietly in your houses, and make not a dazzling display, like that of the former Times of Ignorance) 33 Surah Al-Ahzab, and Allah Almighty says: (And when you ask of them any goods, ask of them from behind a curtain; this is purer for your hearts and (for) their hearts) 53 Surah Al-Ahzab, and Allah Almighty says: (O Prophet! say to your wives and your daughters and the women of the believers that they let down upon them their over-garments; this will be more proper, that they may be known, and thus they will not be given trouble; and Allah is Forgiving, Merciful) 59 Surah Al-Ahzab. Secondly: The mixing of men and women is prohibited either it be on motorcycles and cars, or on the street and in the houses, Allah Almighty says: (And come not near unto adultery. Lo! it is an abomination and an evil way) 32 Surah Al-Isra, the Ulema say: ‘The prohibition from coming near to adultery is better rhetorically from prohibition of the act because that includes prohibition of all its introductions and reasons, and the most serious of it is mixing of sexes, since who roams around the sanctuary is about to fall in it’. Thirdly: Smoking is prohibited in the streets and the evidence from the Sharia on the prohibition of smoking in all its kinds because it consists of malice and much harm, Allah Almighty says in Surah Al-Maeda: (They ask you as to what is allowed to them. Say: The good things are allowed to you) 5, and He said in the Surah Al-Araf describing our prophet Mohammed peace be upon him: (He will enjoin on them that which is right and forbid them that which is wrong. He will make lawful for them all good things and prohibit for them only the foul…) 157. The Almighty clarified in these two noble verses that he Almighty only permitted for His slaves the good things, which are: the beneficial foods and drinks, but the foods and drinks that are harmful such as alcohol and drugs, and all the foods and drinks that harm the religion, body or mind which are from prohibited wrong things, and the doctors have agreed that smoking is from very harmful habits, and the medical reports have proved with conclusive evidence that nicotine which is present in the cigarettes is a narcotic substance, and increasing its percentage makes the smoker get used and addicted to it. And they mentioned that smoking is a cause for many diseases like cancer, stroke death and others, and what was like this is certainly prohibited and should beware of it. As well as what it includes of wasting money, Al-Bukhari and Muslim have mentioned their Sahih, narrated from Mughira ibn Shu’ba that the prophet peace and blessings of Allah said: ‘Verity Allah, the Glorious and Majestic, has forbidden for you: disobedience to mothers, and burying alive daughters, withholding the right of others in spite of having the power to return that to them and demanding that (which is not one’s legitimate right). And He disapproved three things for you; irrelevant talk, persistent questioning and wasting of wealth’. Fourthly: Who violates and disobeys Allah Almighty after this statement will be subjected to the punishment of the Sharia, Allah Almighty says: (And it behoves not a believing man and a believing woman that they should have any choice in their matter when Allah and His Messenger have decided a matter; and whoever disobeys Allah and His Messenger, he surely strays off a manifest straying) 36 Surah Al-Ahzab. Wa As-Salāmu `Alaykum wa Rahmatu l-lāhi wa Barakātuh __________ — Click the following link for a safe PDF copy: Anṣār ad-Dīn — “Beginning of the Application of the Sharī’ah in Kidal” ___________
← Newer posts