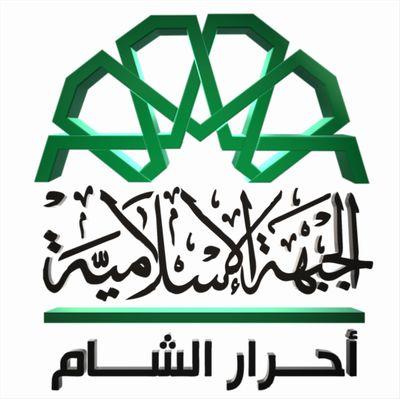 Click the following link for a safe PDF copy: Ḥarakat Aḥrār al-Shām al-Islāmīyyah: “About the Joining of a Constellation of Major Factions To Our Group”
__________

A month ago, major fighting broke out between the Syrian Revolutionaries Front (nationalist), Jaysh al-Mujahidin (Islamist), the Islamic Front (Salafi) and the Islamic State of Iraq and al-Sham (ISIS; global jihadi). For the first time, there was a concerted military effort to push back against the ISIS reign of terror that has been tyrannizing the Syrian population as well as the other groups. While there were major successes in the first week, ISIS was able to recover and went on a counteroffensive. Similar to the fight between the rebels and the regime, the fight among the rebel groups has become indecisive and stalemated. The infighting illustrates that the rebels are now in an active two-front war, which could in the medium to long-term severely degrade their capabilities and resources against their original enemy, the Assad regime.
Background
While fighting continues between the Islamic Front and ISIS, it is a lot more complex than reported in the media; though, as the fighting heads into a second month, positions are becoming hardened (more on this below). Further, the bulk of the anti-ISIS fighting has been conducted by the Syrian Revolutionaries Front and Jaysh al-Mujahidin. While it appears that there is a unified backlash against ISIS, there are two different dynamics going on with the bulk of the infighting occurring between the Syrian Revolutionaries Front, in coalition with Jaysh al-Mujahidin, and ISIS. The Syrian Revolutionaries Front–Jaysh al-Mujahidin alliance is more based on differences in ideology and potentially a demonstration to outside backers that they can fight against jihadis, whereas the Islamic Front offensive is more a response to abuses perpetrated by ISIS against it along with an attempt to act as a sovereign state in liberated areas. Although in the first few days of infighting ISIS was dealt blows and kicked out of a number of areas, the group has not been defeated. In fact, it has been able to recover in spite of its isolation among the rebels.
Click here to read the rest.