NOTE: For prior parts in the Hizballah Cavalcade series you can view an archive of it all here.
—
Al-Quwat al-Ja’afariyah & Liwa al-Sayyida Ruqayya: The Building of an “Islamic Resistance” in Syria
By Phillip Smyth 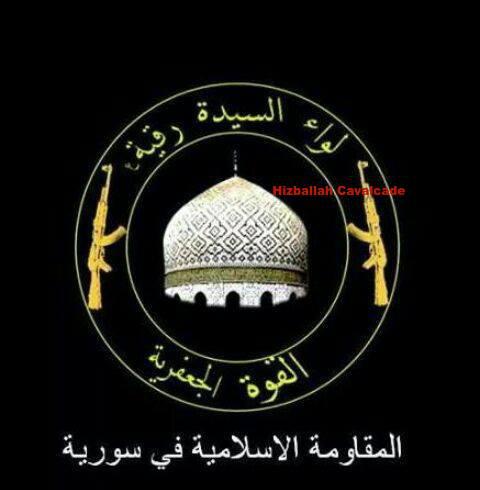 Figure 1: The logo belonging to Al-Quwat al-Ja’afariyah’s Liwa al-Sayyida Ruqayyah. The symbol features two golden Kalashnikov-type rifles flanking the white dome of the Sayyida Ruqayyah shrine. The group’s logo bears many similarities to Kata’ib Sayyid al-Shuahda’s. Both feature a shrine dome in the center of a roundel flanked by Kalashnikov-type rifles.
Since the creation of Syria’s pro-Assad National Defense Forces (NDF), there has been a rise in Syria-based sectarian militia groups with Iranian training and advisors.  Al-Quwat al-Ja’afariyah (The Ja’afari Force) has attempted to market itself as one of these types of organizations. The group has also described itself as “al-muqawama al-islamiyah fi suriya” (“The Islamic Resistance in Syria”) and has pushed its own Shia identity mixed with pro-Assad Syrian nationalist and pro-Iranian proxy material. These elements of group identity suggest the militia pulls members from Syria’s small Shia community while still being influenced by external allied actors.
A process where local pro-Assad militias have been modeled off of Lebanese Hizballah has been a continuing development.  This has especially been the case with Alawite-manned and Shia-manned militias.  Syria’s first major Shia militia, Liwa Abu Fadl al-Abbas (LAFA) maintained close links to the Assad regime and Lebanese Hizballah. Even with Lebanese Hizballah’s aid, local actors such as LAFA’s secretary general, Abu Ajeeb, generally led LAFA’s command and control functions.
Unlike many of the other groups which have also worked closely with Lebanese Hizballah, Al-Quwat al-Ja’afariyah has also claimed to be a Syria-based subdivision belonging to the Iraqi Shia Iran-proxy, Kata’ib Sayyid al-Shuhada (KSS).
A number of Syria-based Shia militias have their own Iraqi wings and some Iraqi Shia political parties have external branches. Nonetheless, Al-Quwat al-Ja’afariyah is the only Syrian Shia militia which has declared itself as a sub-division of an Iraq-based Iraqi Shia Islamist group, yet began life as a component of an established Assad element (the NDF).
The first prominent mentions of Al-Quwat al-Ja’afariyah or its professed sub-militia Liwa al-Sayyida Ruqayya came with the April 6, 2013 death of NDF leader Shaker Rashid Darwish (A.K.A. Al-Ja’afari). Despite the group being around for a number of years, it lacked a formal announcement or acknowledgement outside of a small number of accounts on social media. At different times throughout 2014, the group’s members would often pose for photos in their battle dress uniforms. These photos regularly found their way onto mediums such as Facebook and could only be accessed via private Facebook profiles. 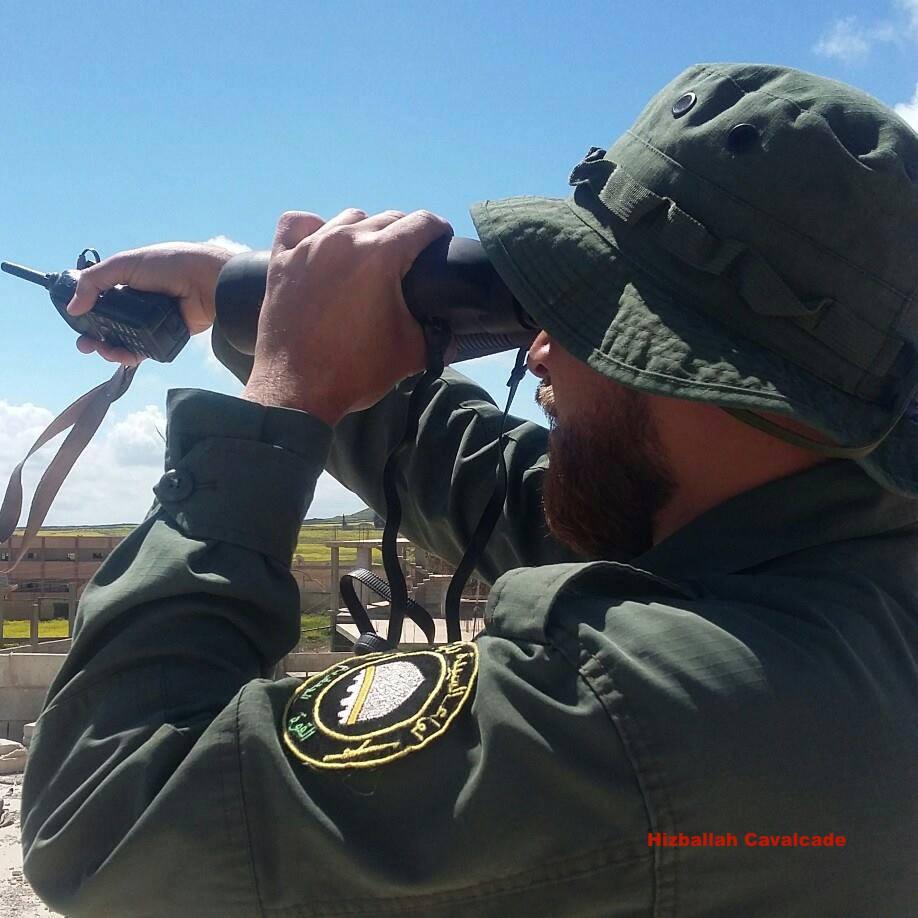 Figure 2: A militiaman belonging to Liwa al-Saqiyah Ruqayya wearing the group’s distinctive patch.
What set these photos aside from other uploaded images of Syrian and Iraqi Shia militiamen in Syria was that these fighters’ uniforms would feature unique patches. This patch included the group’s name along with a stylized version of the white dome of the Sayyida Ruqayya shrine in Damascus, Syria.
By late August 2015, due to an increased public presence by Al-Quwat al-Ja’afariyah on social media (via KSS’s own media apparatuses), and due to the death of Quwat al-Ja’afariyah commander Hasan Kana’an, more attention was granted by Arabic-language (primarily pro-Syrian rebel) media sources. In early July, Liwa al-Sayyida Ruqayya established a number of public Facebook pages and was also mentioned in a September 2015 piece by The Guardian (albeit, the group was incorrectly recognized as the “Sayyida Ruqayya Martyrs Brigade”).
What’s In A Name?
The term, “Ja’afari”, helps highlight Al-Quwat al-Ja’afariyah’s denominational membership. “Ja’afari” is often used as a synonym for “Shia Muslim”. Moreover, in the Twelver Shia tradition, Ja’afar al-Sadiq is considered the sixth and longest serving Imam. The majority of Shia Muslims also adhere to the Ja’afari school of jurisprudence.
Liwa Sayyida Ruqayya gets its name from the Sayyida Ruqayya mosque and shrine. Located in Old Damascus, the Sayyida Ruqayya mosque and shrine houses the remains of Sukayna (a.k.a. Ruqayya), the baby daughter of Twelver Shia Islam’s third Imam, Husayn ibn Ali.
Built in 1985 with Iranian funds, the design of the mosque was described by Iran analyst Nigel Coulthard as, “a pure example of post-revolutionary Iranian architecture that would have been more at home in Tehran than Damascus”. Sociology professor Marnia Lazreg claimed a Syrian policeman told her that the mosque, “was controlled by the Iranian government, which claimed its spiritual ownership.” Design and theological/political control aside, the shrine is one of Syria’s major Shia shrines.
Liwa al-Sayyida Ruqayya & The Militia’s Stages of Development
The main militia falling under the header of Al-Quwat al-Ja’afariyah is Liwa al-Sayyida Ruqayya (The Brigade of Sayyida Ruqayya). At the time of this writing, no other groups have yet been listed as under Quwat al-Ja’afariyah’s umbrella. The continual grouping of these two elements suggests that the groups may be one in the same, as opposed to it being a legitimate sub-militia which reports to a larger umbrella-style grouping or a parent organization.
Liwa al-Sayyida Ruqayya has claimed to be active in the Midan section of southern Damascus and to have fought in Jobar, Otaiba, Dekhania, and other sections to the north and east of Damascus. The group was also deployed to Shaykh Miskin in southern Syria.
Family connections between the group’s members is another noticeable trend. This speaks to how recruitment seeks new members and also shows the limited numbers from which it can recruit. During the militia’s participation in the November 2013 battles around Otaiba, Ali Mahmoud Darwish (A.K.A. Karar) and the 16 year-old fighter, Jawad Abbas Darwish (A.K.A. Abu Turab), were both killed. Reportedly, these fighters were cousins and were likely related to Shaker Rashid Darwish. 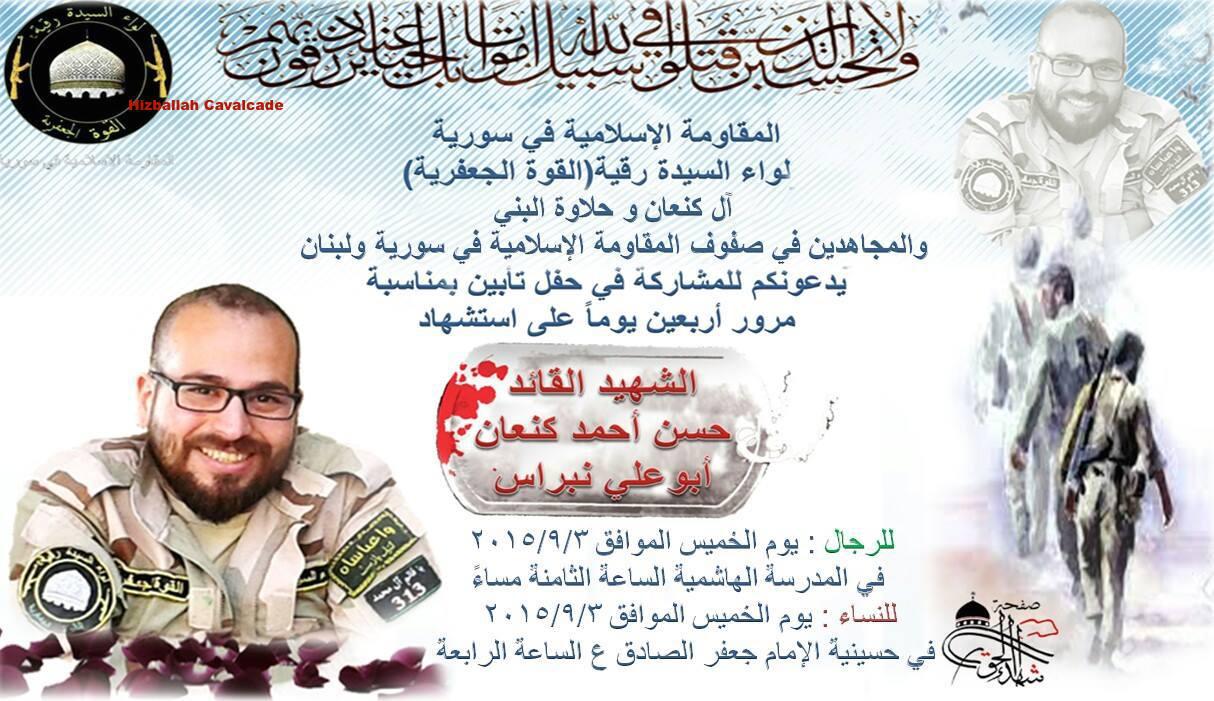 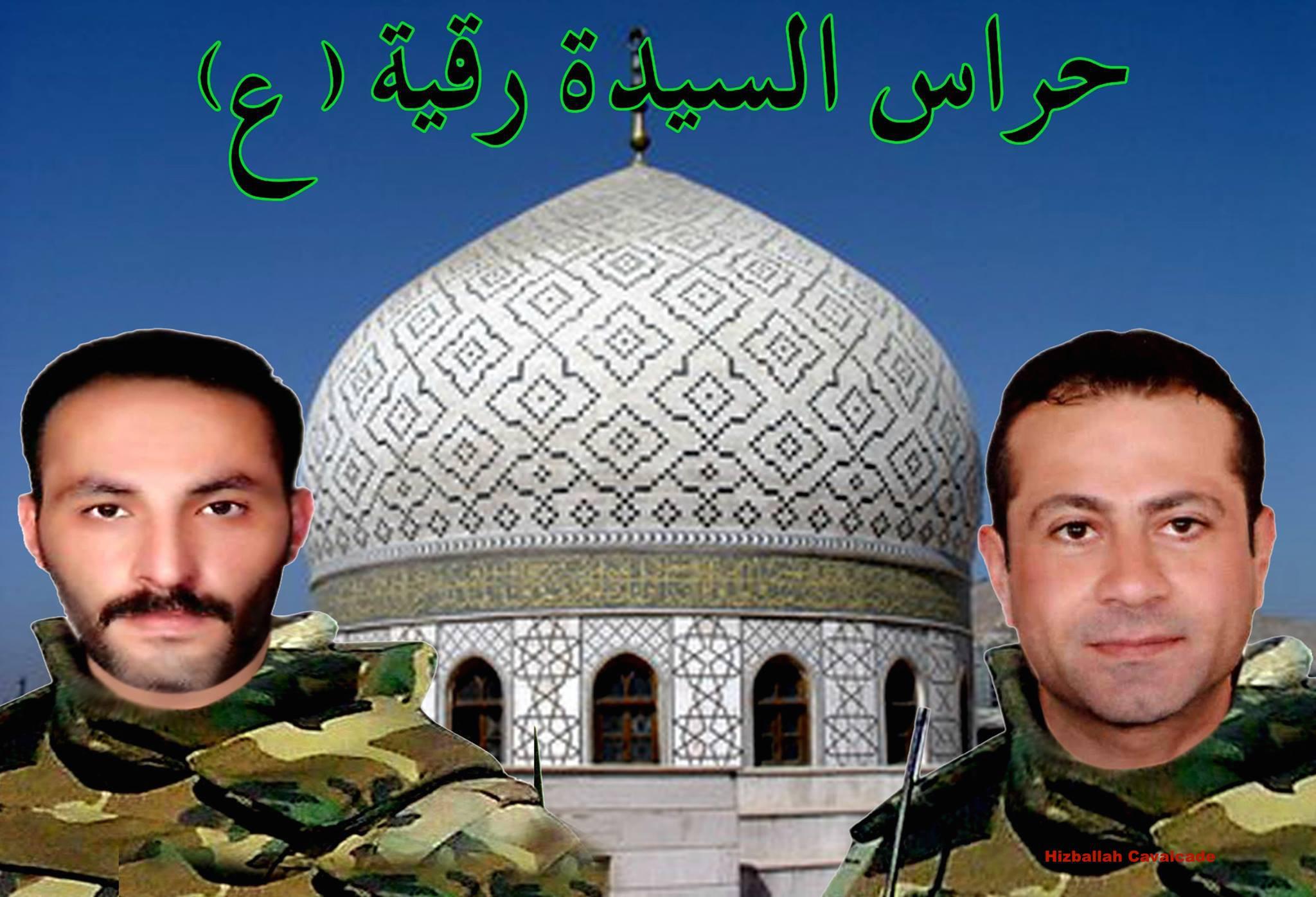 Figure 4: A “martyrdom” poster featuring killed Liwa al-Sayyida Ruqayya members under the header, “Huras al-Sayyida Ruqayya”.
Still, during this initial stage, there was more direct linkages to the NDF and the Assad regime. Images promoting pro-Assad Syrian nationalism were a regular feature. The second stage of development, which immediately followed (if not coincided with the first), was the addition of links to Lebanese Hizballah. “Martyrdom” posters regularly featured a combination of Assad’s Syrian national flag and that of Lebanese Hizballah’s. 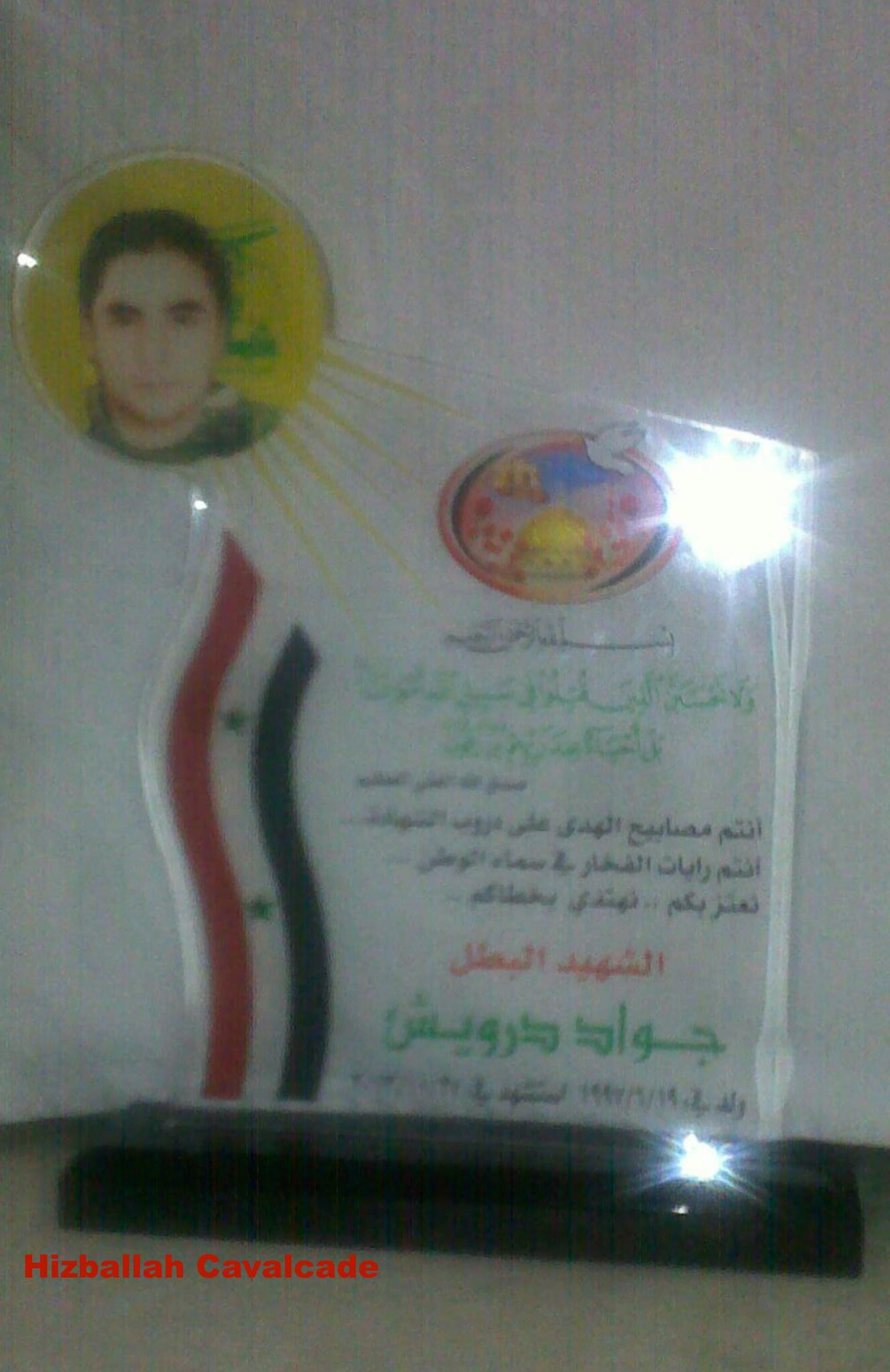 Figure 5: A glass “martyrdom” commemoration award for Jawad Abbas Darwish. Note that his headshot has a Lebanese Hizballah logo as its background and the award’s main body features the pro-Assad Syrian national flag.
By the third stage in development, the group attained a more visible and unique identity which included recognition of links with Kata’ib Sayyid al-Shuhada. Identity based along associations with the NDF appeared to fade significantly. By early December 2014, this trend also overlapped with posted commemorations on Al-Quwat al-Ja’afariyah associated pages for fallen KSS members. In March 2015 when new “martyrdom” posters emerged for Jawad Abbas Darwish, no recognition of Al-Quwat al-Ja’afariyah’s links to the NDF were present. Still, the group’s logo featured the organization’s name, and over the dome for the Sayyida Ruqayya shrine there was text reading, “Kata’ib Sayyid al-Shuhada”. 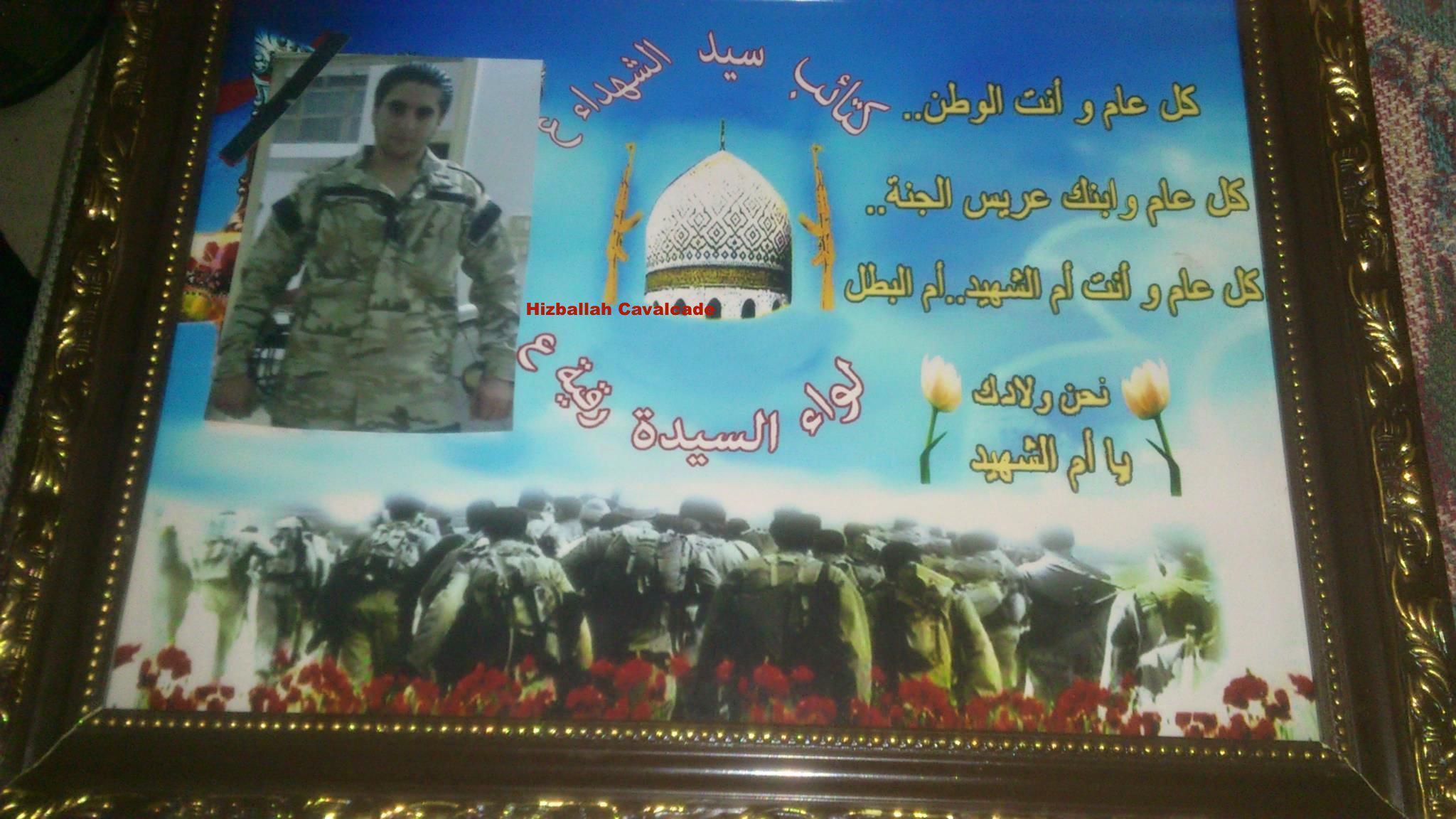 Figure 6: “Martyrdom” poster for Jawad Abbas Darwish featuring Liwa  al-Sayyida Ruqayya and Kata’ib Sayyid al-Shuhada markings.
The Kata’ib Sayyid al-Shuhada Connection
Kata’ib Sayyid al-Shuhada (The Battalions of the Lord of the Martyrs [a reference to Twelver Shi’ism’s third Imam]) was first announced as an independent Shia militia organization in early 2013. Around the time of its announcement KSS also declared it had sent fighters to Syria. Currently, the group is a prominent Iranian proxy with a presence in Iraq’s parliament. KSS has promoted the Iranian ideology of Absolute Wilayat al-Faqih and it has been claimed the group splintered from Kata’ib Hizballah. 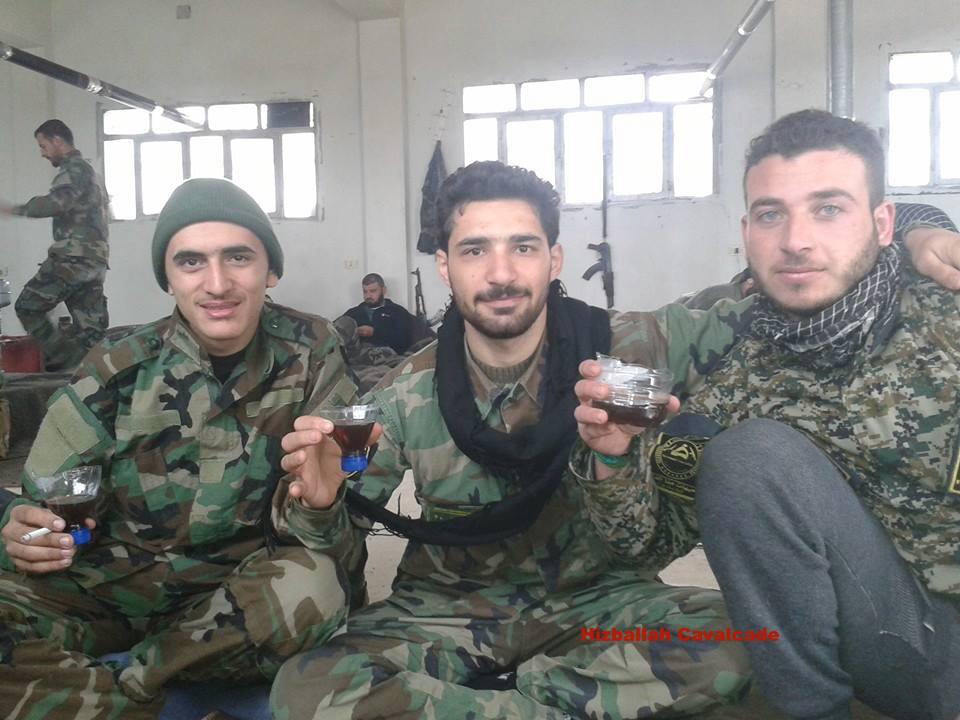 Figure 7: Liwa al-Sayyida Ruqayya fighters drink tea with fighters wearing KSS patches.
It is arguable whether the Quwat al-Ja’afariyah or Liwa al-Sayyida Ruqayya had early links to KSS. However, the late acknowledgement of this connection, which included recognition that the Syria-based group was essentially subservient to KSS, does create some intriguing questions:
Was local Syrian control degraded in some way that an Iraqi Shia proxy of Iran needed to take the reigns? Along with Lebanese Hizballah, is Kata’ib Sayyid al-Shuhada attempting to spread its influence among Syria’s Shia? Why exactly was KSS picked to lead this effort as opposed to other groups? Is this all just another form of operational security for the group to obscure its true organizational structure? Unfortunately, the answers to these questions are still concealed.
One factor is clear, during the timespan when Al-Quwat al-Ja’afariyah started acknowledging a link to KSS, KSS was deploying heavy numbers to Syria. These fighters were often sent to fight in Syria’s so-called, “Southern Front”. Starting in mid-2014, KSS launched a recruitment program targeting Iraqi Shia to fight in Syria. This program sporadically reared its head online from July 2014-March 2015.
Fighters belonging to Liwa al-Sayyida Ruqayya claimed to have deployed to Sheikh Miskin in November 2014. This too coincides with KSS sending forces to the same area around that time. 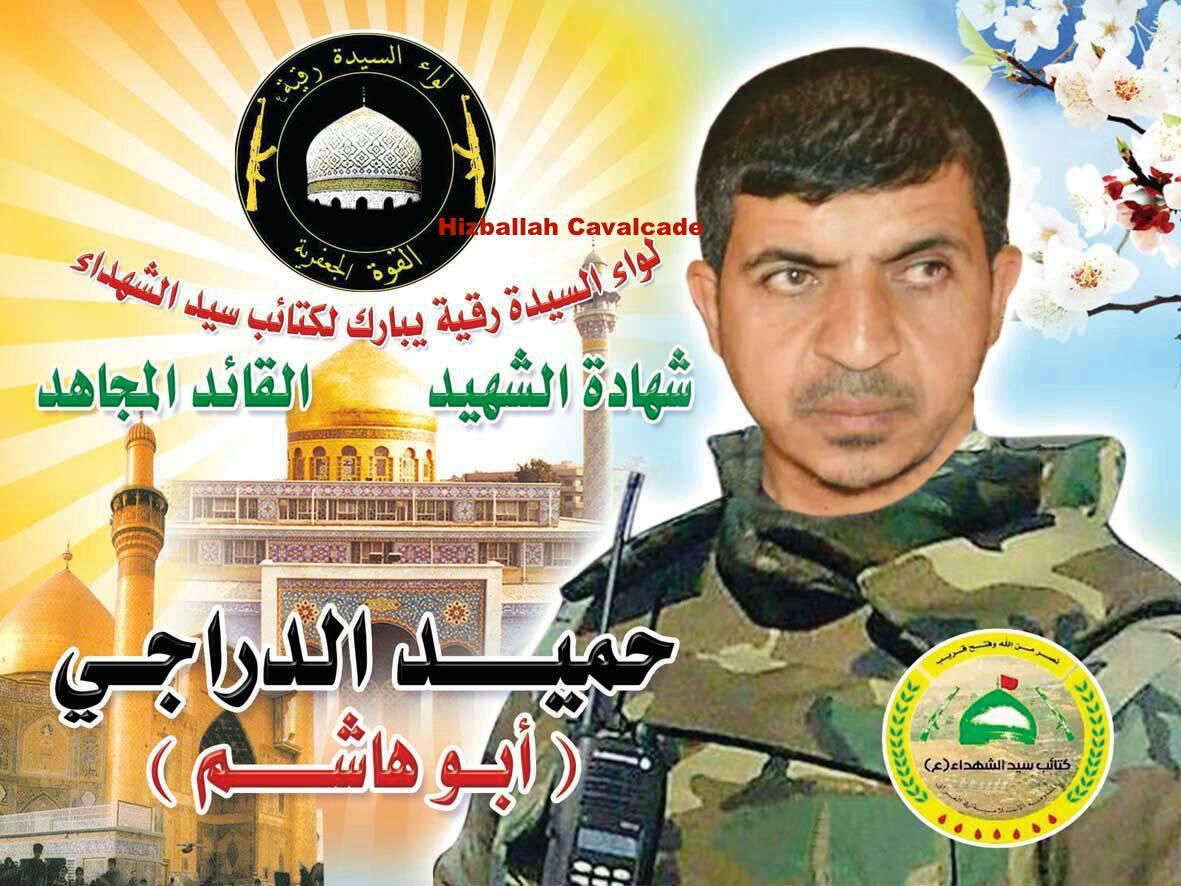 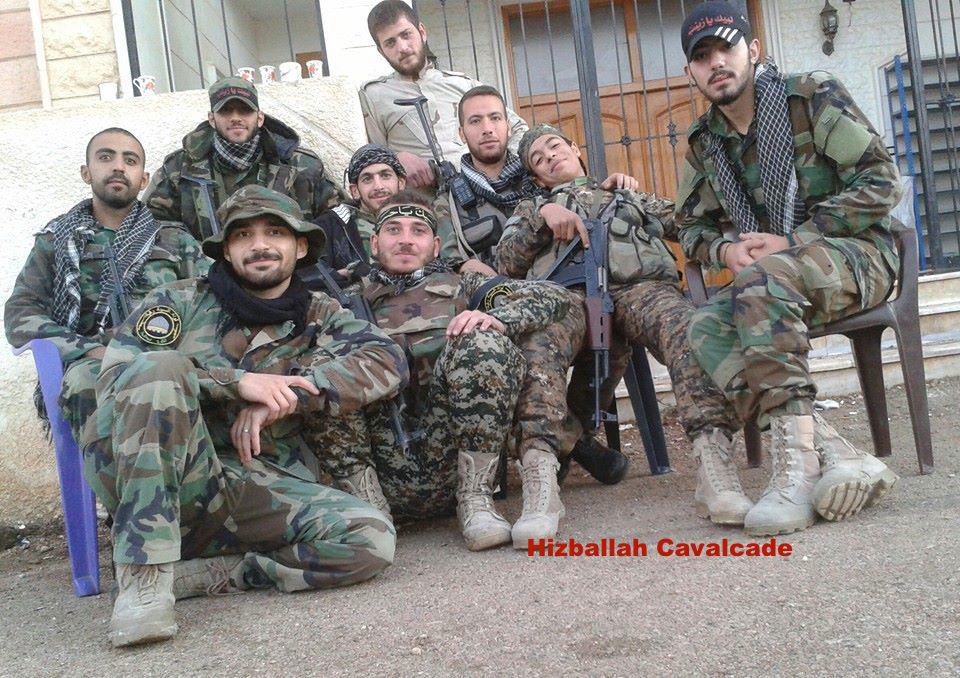 Figure 9: Liwa al-Sayyida Ruqayya fighters pose in Shaykh Miskin, Syria.
Whatever the depth of the KSS-Al-Quwat al-Ja’afariyah link, this connection sets the group aside from other pro-Assad Syrian Shia militias. There is always the possibility that these links represent little more than a response to conditions at a certain time (e.g. when KSS and Liwa al-Sayyida Ruqayya forces were deployed together). It remains to be seen if the group or KSS will further develop links and announce more formal connections. Nevertheless, Al-Quwat al-Ja’afariyah and Liwa al-Sayyida Ruqayya are representative of the amounts of power and influence held by foreign Shia proxies of Iran among Syrian Shia armed groups.