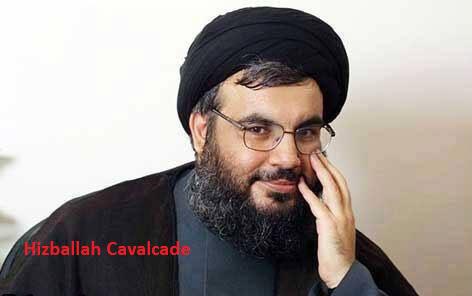 “All of the various fronts must unite. The organization must form an alliance; it must be a religious party…Everyone must unite in the Party of God, “Hizballah”. Everyone must speak out together. Everyone must rise up together.” – Grand Ayatollah Khomeini, May 13, 1978, speaking in Najaf, Iraq, in response to crackdowns by the Shah of Iran.1

It was a warm evening in early May 2013 when I met-up with a group of friends which included Aaron Zelin, the creator of Jihadology.net. We discussed the possibility of a guest post or me being able to assist with a section dealing with Shi’a jihadism. Since April of that year, I had been posting information on Lebanese Hizballah and other Iraqi Shi’a Islamist groups sending fighters to Syria on Twitter with the hashtag #HizballahCavalcade. We both felt this could be expanded and Aaron gave me the opportunity to put together some posts for the page. Who would have figured it would have grown and changed so much over the past 12 months?
Initially, I thought Hizballah Cavalcade would simply be an “attempt to display available photos of all funerals and martyrdom posters belonging to Shia groups which are fighting in Syria. In addition, funeral, combat, and even music videos belonging to these groups pertaining to the fighting in Syria will also be posted.” At the time, funerals and the imagery associated with them were the main way to gauge involvement. It was also unknown how deep the involvement of Shia Islamist fighters would be in Syria.
As I started to do more research, put together methodologies (which have grown and changed over the year), and truly devoted a higher-level of focus on more networks—particularly those on social media, it became clear that there would be plenty to post about for the page. As the information grew and the situation continued to transform, it became clear that putting “martyrdom announcements” or the funeral videos were simply not enough. Instead, harder analysis, focused on deeper studying of the material(s) and explanation was required with less “data-dump” style posts. As a result, Hizballah Cavalcade grew into a venue where I could put together posts on new organizations, links between the groups, their commanders, weapons systems, camouflage, where they were fighting, the fighters, uploaded combat videos, even the symbolism and language used by these groups.
Syria was also supposed to be the main focus for HC. In most respects it still is, but due to the interconnectedness of many of the forces, it became necessary to expand the scope. Consequently, I started to also focus on where many of the Shia Islamist forces fighting in Syria had originated: Iraq. Narrative development also became increasingly important as it became necessary to explain key elements regarding why a Shia jihad was occurring in Syria.
Recently, in March 2014, I started working on a subseries on Hizballah Cavalcade called “The Pearl and the Molotov” which sought to explain the growing numbers of militant Shia jihadi groups in Bahrain. I had expected to put up around five posts and focus back on Syria. However, the growth, narratives, and importance of the development has yet to stop. The hope for the rest of 2014 (and hopefully 2015) is to continue to offer some other subseries on geographic areas where there is also Shia jihadi activity. 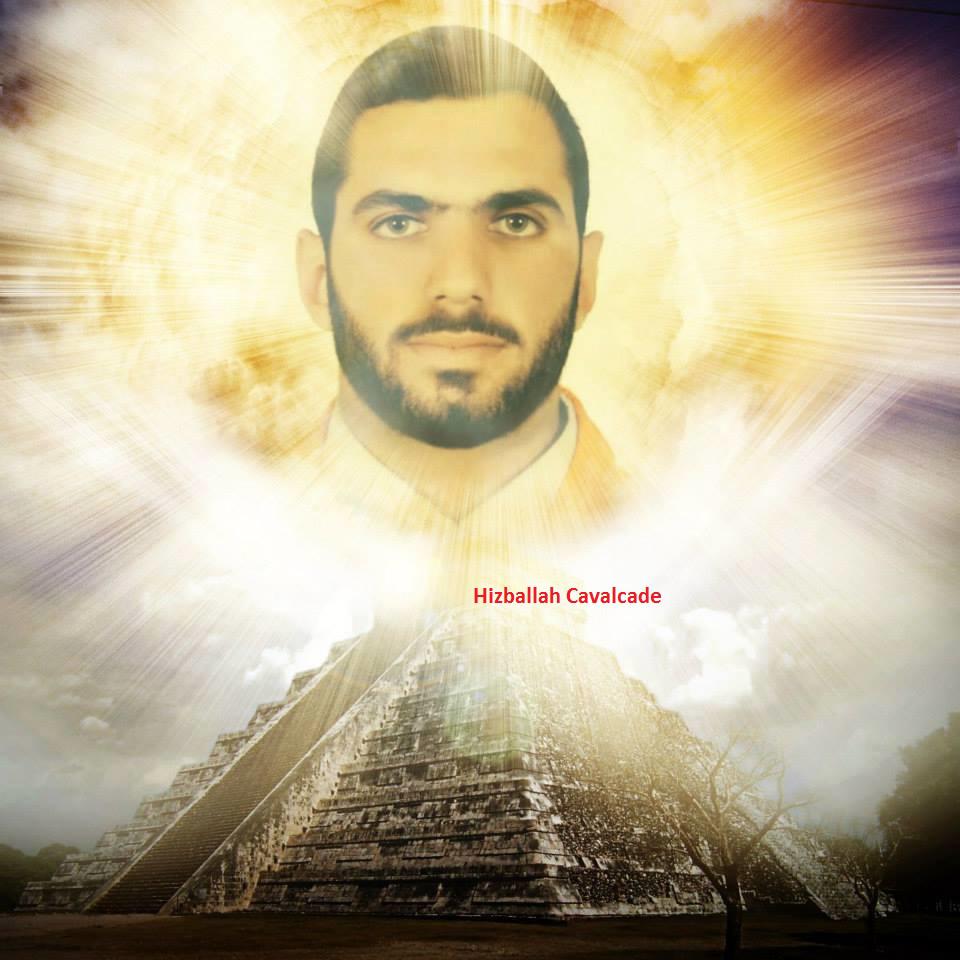 Figure 1: I’m still searching for a correlation between Chichen Itza and fallen Shia Islamist fighters.
Hizballah Cavalcade also helped established something else which was far more expansive than simply being a niche series covering Shia Islamist organizations and their battles. The importance of open-source social media and internet-based platforms with this unique primary source information truly came to light. As the broader and at times (unfortunately) intellectually-rigid analytical community learns to deal with this 21st century reality, it is plain to see that the old narrative of, “Well, that’s just social media material” increasingly has little merit.2 As exemplified with a number of new Shia Islamist militias in Syria, their existence was announced to the world via a Facebook page. This neither means that social media sources are the best nor that they should not be used in conjunction with other sources, but their utility and the breadth of information they offer is a true game-changer. 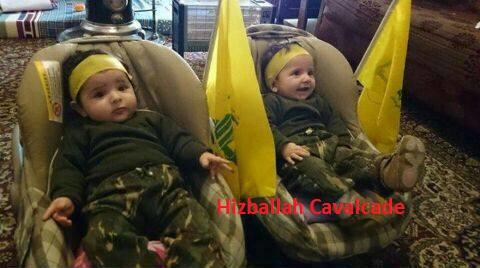 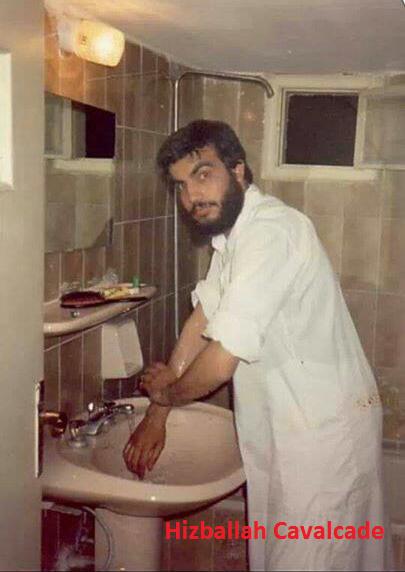 Figure 3: A young Hassan Nasrallah washing-up.
Praise & Coverage for Hizballah Cavalcade
Over the past year Hizballah Cavalcade has also gotten some fantastic coverage in the media. Needless to say, it always serves as an ego boost and affirms that the pieces are useful for those following complex situations involving Shia jihadist elements.
Noted Iraq expert Michael Knights, who also wrote a Washington Institute For Near East Policy piece on Shia Islamist fighters in Syria, used HC as a main reference and was kind enough to say HC had, “the best coverage of these issues.”
During the Battle of Qusayr, posted figures on HC of Lebanese Hizballah dead were cited by distinguished journalist Anne Barnard of the New York Times. Since then, Hizballah Cavalcade has been featured, quoted, and cited in pieces by a myriad of top journalists, blogs, newspapers, magazines, and other publications including (but not limited to): The Wall Street Journal, AFP, McClatchy, National Public Radio, Australian Broadcasting, NOW Lebanon, the Carnegie Endowment for International Peace, Foreign Policy, The Huffington Post, The New York Review of Books, USA Today, The Financial Times, and The Christian Science Monitor. Fitting with the maxim that, “80% of what is written has been written before” a number of other publications have recycled (without credit) HC posts into their own pieces.
Additionally, the posts on Hizballah Cavalcade gave me the opportunity to write longer pieces for Foreign Policy and West Point’s CTC Sentinel. There was also the privilege of being able to take part in an “Ask Me Anything” on Reddit. In November 2013 I had the great honor to testify in front of the U.S. House of Representatives regarding Shia Islamist groups fighting in Syria. When jihadism expert Daveed Gartenstein-Ross testified in front of the Senate Foreign Relations Committee he also gave praise to HC.
Based primarily on a Hizballah Cavalcade piece on the musical narrative of Shia militias in Syria, Aaron Zelin (who addressed Sunni jihadist anasheed) and I were featured in a Washington Post piece. Shia jihadi music has been a long standing and rather esoteric obsession of mine. The ability to post my analysis of this material and see the positive reactions to it is always wonderful.
Quotes and references aside, the private conversations I have with many well-informed and experienced followers of the region always present me and the blog with new insights. I am always happy to share what I have learned with them and others.
Thanks
I try to write pieces I would like to read and my greatest hope is that others find it informative, novel, and able to address specific trends. Not to sound cliché, but those who read my posts are both an inspiration for me and often serve as the push I need to continue writing. There are times when I suffer from a good bout of frustration from certain geopolitical conditions and the analysis which comes out of it. It’s very easy to jump down the ultra-cynical rabbit hole and either stop writing or produce subpar work. Nevertheless, Hizballah Cavalcade’s readers have time and time again challenged me, taught me new things, and most importantly demonstrated that they too wanted to read the material. To my many colleagues and friends, thank you for your kind words, suggestions, assistance, and the encouragement you all have given me.
I promise to continue to write more posts and I truly hope everyone has benefited from reading them.
Thank you all for reading Hizballah Cavalcade! Time to cut the cake. 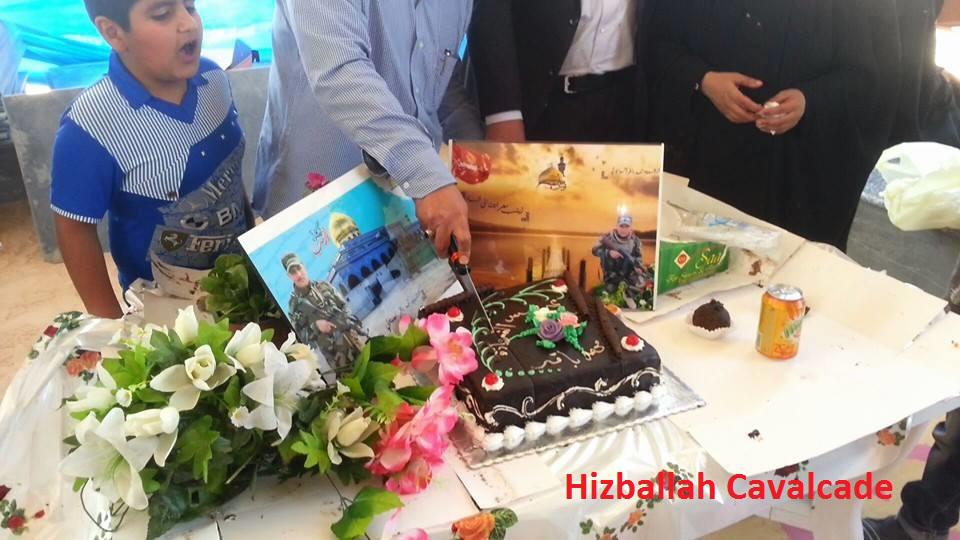 Figure 4: A Kata’ib Hizballah celebration for the martyrdom of one of its members in Syria. (Special thanks to an anonymous reader who sent the photo).
__________________