As with all guest posts, the opinions expressed below are those of the guest author and they do not necessarily represent the views of this websites administrator and does not at all represent his employer at the Washington Institute for Near East Policy.
Jihadology.net aims to not only provide primary sources for researchers and occasional analysis of them, but also to allow other young and upcoming students as well as established academics or policy researchers to contribute original analysis on issues related to jihadism. If you would like to contribute a piece, please email your idea/post to azelin [at] jihadology [dot] net.
Click here to see an archive of all guest posts.
—
Jihadist Groups In The Sahel Region Formalize Merger
By Héni Nsaibia 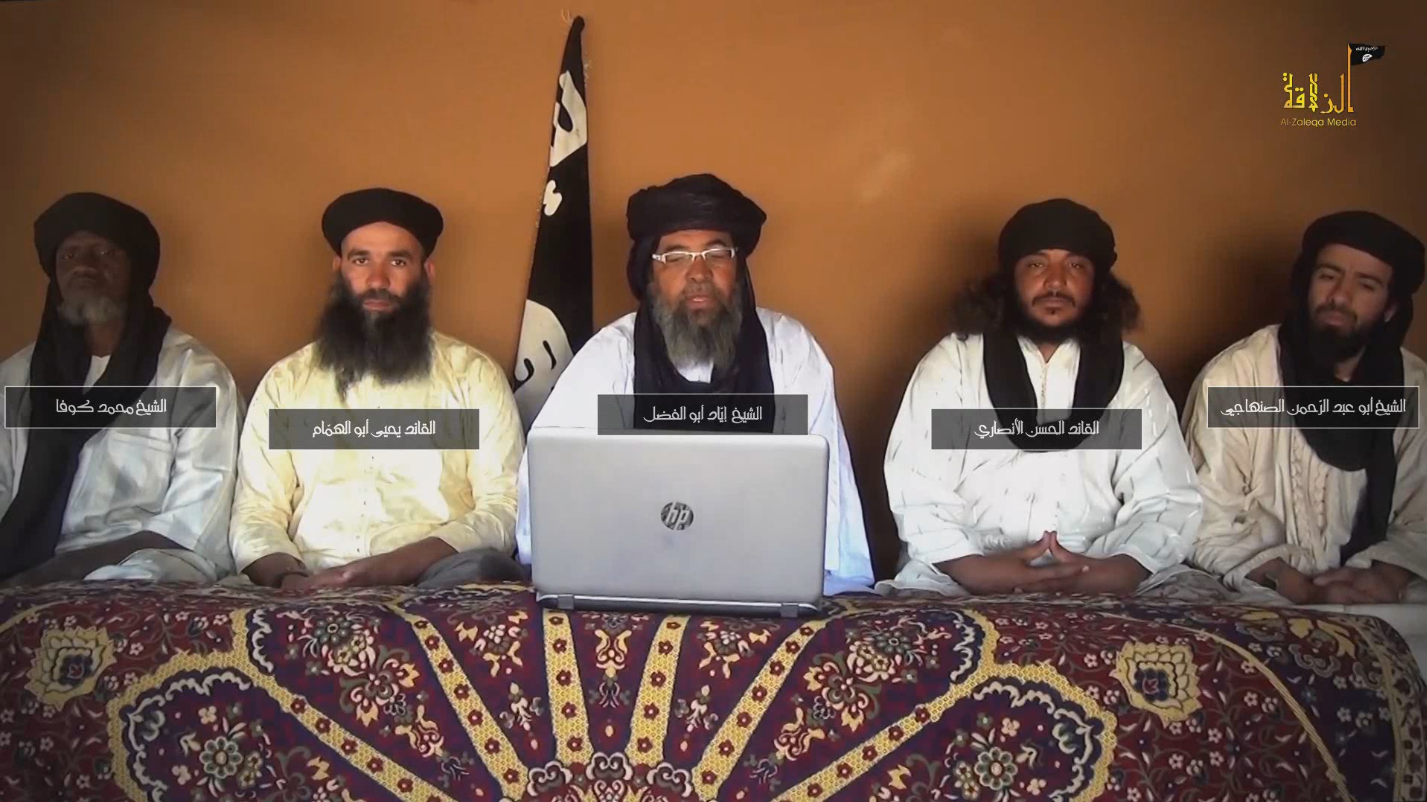 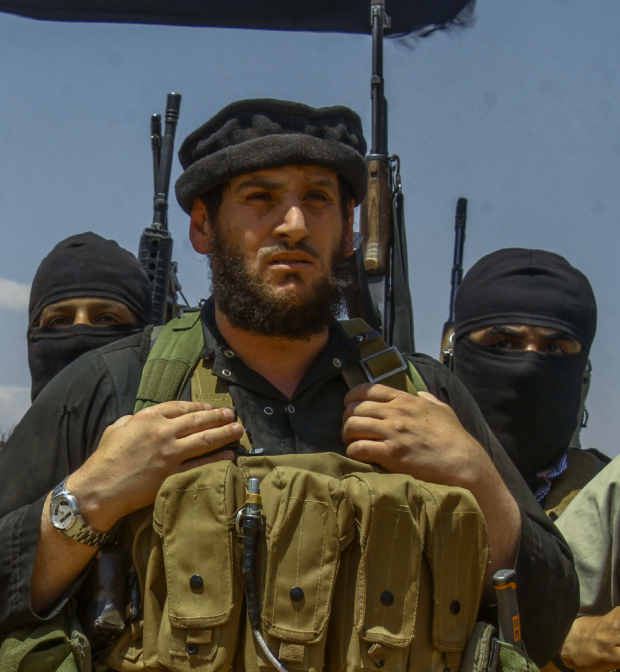 Taha Falaha or by his nom de guerre Abu Muhammad al-Adnani (Photo from Islamic State’s al-Naba Newsletter #45)
Further, dispelling any suggestions of factionalism within the wider al-Qaeda body, Ag Ghaly reaffirms allegiance to the Emir of Al-Qaeda in the Islamic Maghreb, Abu Mus’ab ‘Abd al-Wadud (Abdelmalek Droukdel), and asserts an oath of fidelity to the General Emir of Al-Qaeda Aymen al-Zawahiri and to the Emir of the Islamic Emirate in Afghanistan, Haibatullah Akhundzada, who al-Zawahiri himself swore allegiance to in June 2016 – adopting the same approach as Usama Bin Laden when he erstwhile pledged loyalty to Mullah Omar. In this regard, we can also draw an interesting parallel to AQIM’s approach in Mali with that of Afghanistan, where Ag Ghaly has adopted the same leadership role as that of Mullah Omar and his successors.
From Sahel as rear base to the main base
Notwithstanding the renewed oath of allegiance to Abdelmalek Droukdel, it is evident that the ability of the AQIM Emir to assert influence in the Sahel has been limited, with the Sahara Region gradually moving from being a rear base and support zone to becoming the main base at the expense of AQIM’s central and historical base in the Atlas Mountains of Algeria, where it has been dismembered by intense counterterrorism operations by the Popular National Army. Highlighting this, in the first two months of 2017, Algerian authorities announced to have killed as many as twenty-four terrorists. On March 17, an audio recording released featuring Droukdel himself, unsurprisingly embraced the consolidation that had taken place and stated that it has set an example for other jihadist groups to follow. Another key point in his speech addressed France, saying that its military activities in the Sahara and the Sahel Region only strengthened fraternity and unity between peoples and tribes, further threatening to move the war to France by stating “until you live the fear our people experience in our lands”.
Al-Qaeda vis-à-vis the Islamic State in the Sahel Region
In addition to the groups comprising the merger, it is important to mention other jihadist actors in order to provide a full picture on the state of affairs within the jihadist scene of the Sahel Region. Adnan Abu Walid al-Sahrawi leads a faction known as the Islamic State in the Greater Sahara (ISGS). For apparent reasons excluded from the equation of the merger, firstly, because of the split within al-Murabitoun as a result of Adnan Abu Walid al-Sahrawi’s oath of allegiance to the Islamic State in mid-May 2015, with clashes ensuing about a month later near Gao between the followers of Belmokhtar and those of al-Sahrawi, leaving several of al-Sahrawi’s men killed and Sahrawi himself seriously injured. Secondly, Sahrawi is not a major player in the current affairs of the region embroidered with both jihadist and non-jihadist armed groups where Sahrawi’s faction seems to constitute a singular logic in the far east of Mali around the tri-state border area (Liptako), with the groups stronghold located along the Akabar-Andéramboukane axis. Nevertheless, al-Sahrawi’s faction has managed to carry out deadly attacks against security forces in both Niger and Burkina Faso, several of which have resulted in significant casualties. Al-Sahrawi carries the trademark of jihad in its most extreme form with the potential to attract followers from across the region, although without putting too much emphasis on Al-Qaeda / Islamic State competition in this specific context. The limited relevance of the AQ-ISIS schism on the local level was highlighted in January 2016 when AQIM’s Emir of the Sahara Region, Djamel Okacha, gave an interview to the Mauritanian news outlet Al-Akhbar, stating that “…our relationship is normal connecting us to them through relations and contacts”. It was further rumored by sources close to Al-Qaeda in early January, although still not confirmed, that al-Sahrawi had broken his pledge to the Islamic State leader Abu Bakr al-Baghdadi. 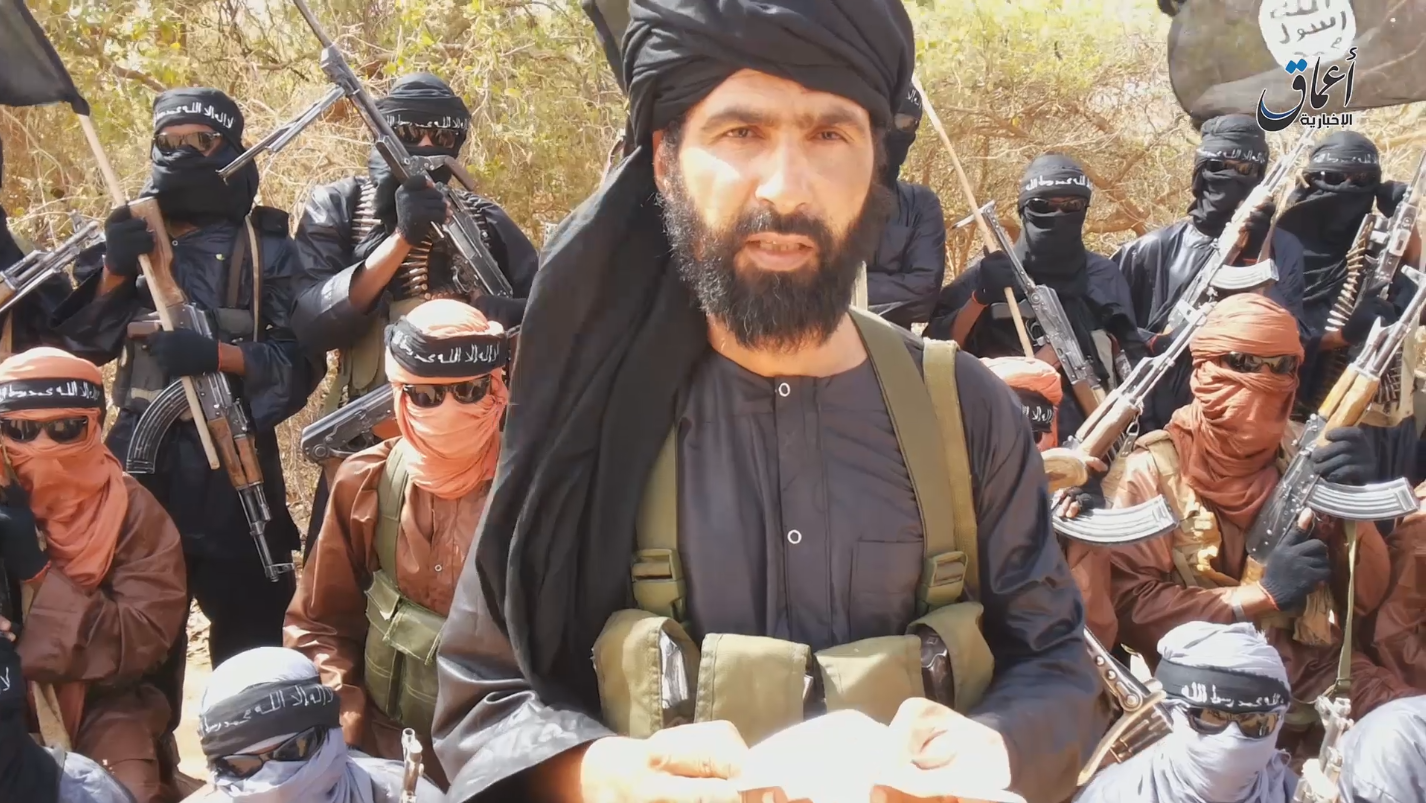 Adnan Abu Walid al-Sahrawi reading out pledge of allegiance to the Islamic State and its leader Abu Bakr al-Baghdadi (screen capture from video released by Islamic State-affiliated Amaq News Agency)
Another player more recently introduced on the regional jihadist scene is ‘Ansaroul Islam‘ led by the radical Burkinabe preacher Dicko more commonly known as Malam Ibrahim Dicko. Dicko reportedly a former MOJWA (Movement for Oneness and Jihad in West Africa) member, detained for two years in Bamako before returning home, gained influence by transmitting his sermons via radio in Djibo and surrounding areas, now leading a fledgling insurgency in Burkina’s northern provinces of Soum and Oudalan. Linked to Ansar Dine’s Katiba Macina, seemingly close to Mohamed Koufa and with former MOJWA fighters in its ranks, the group is still in a premature stage to have a prominent role in the nascent merger. However, such symbiosis may yet occur by solidifying cross-border ties and cooperation between so-called Fulani-dominant extremist groups active in Burkina Faso’s Soum and Oudalan Provinces with others in Mali’s Mopti, Sikasso, and Gao Regions. 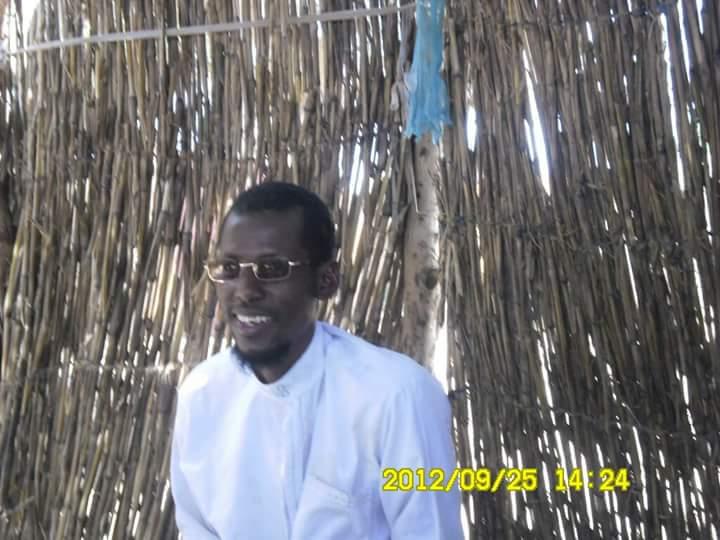