NOTE: For prior parts in the Hizballah Cavalcade series you can view an archive of it all here.

Figure 1: Hizballah al-Abrar
Hizballah al-Abrar (HAA or the Party of God of the Righteous) follows in the footsteps of a long line of new Shia militia organizations which have been announced in Iraq since June 2014. These groups often model their symbolism, organizational structures, and ideological profile on Lebanese Hizballah. Additionally, these groups commonly have strong links and at times have shared commanders with other established Shia militia proxies of Iran.
HAA is no exception, utilizing the official logo of Lebanese Hizballah with the addition of a stylized map of Iraq in the globe section of the symbol. The group, mirroring other Iranian proxy Shia groups in Iraq, Lebanon, and Syria, also refers to itself as “al-Muqawama al-Islamiyya fi al-Iraq” (The Islamic Resistance in Iraq). HAA has done little to hide its connections to Asa’ib Ahl al-Haq (AAH). If anything, HAA actually promotes the links. Furthermore, its connections to other organizations promoting Iran’s Khomeinist ideology have been featured in other photos.
HAA’s secretary general, Sheikh Fadhel al-Khaz’ali, has been prominently featured in the group’s propaganda releases and has been used to show the group’s links to Iran’s Iraqi proxy groups. In one photo, Khaz’ali is shown receiving an award from the Imam Khomeini Relief Foundation. In others, Khaz’ali is shown standing under the AAH banner. 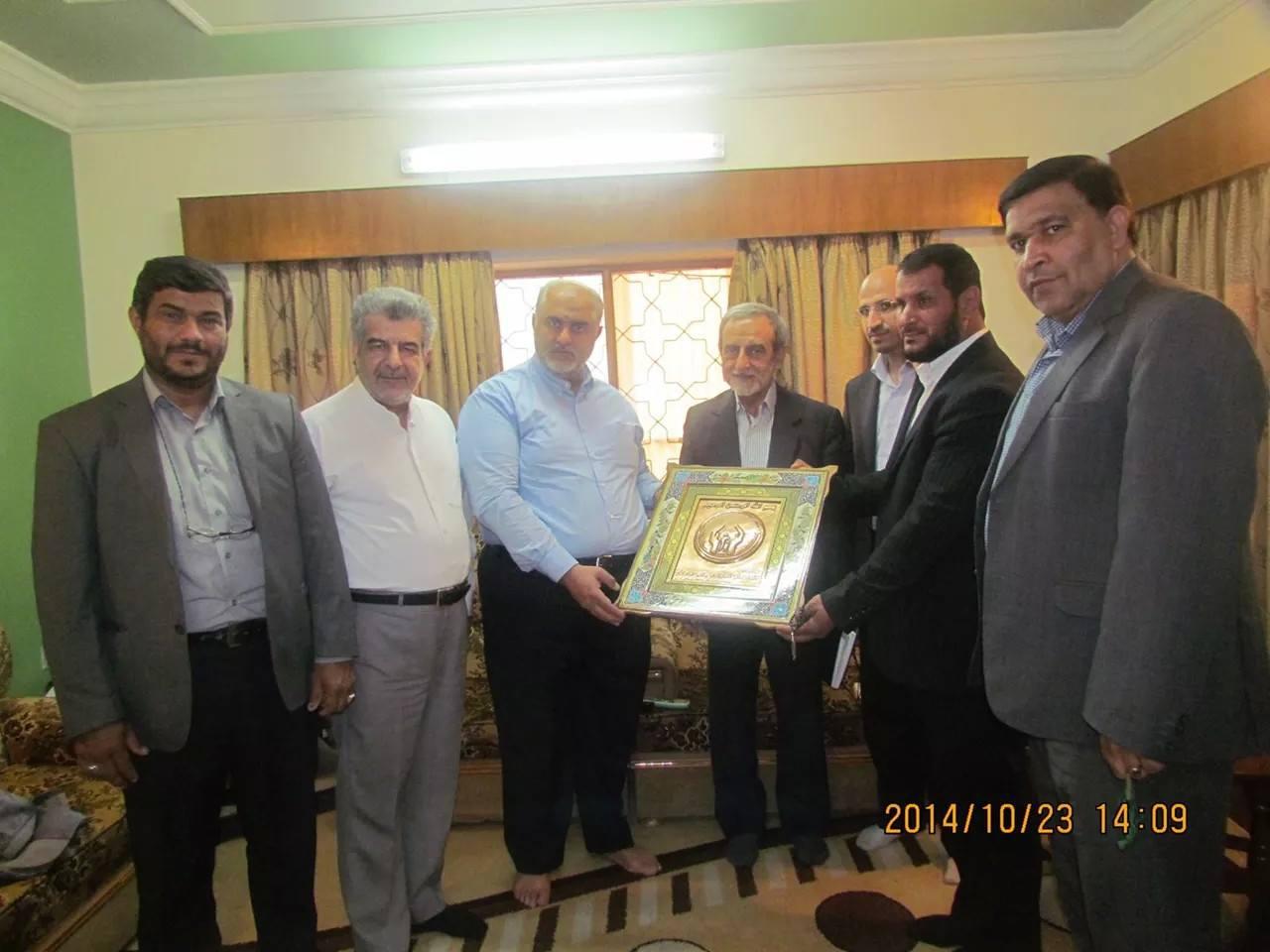 Figure 2: This photo claims to show Sheikh Fadhel al-Khaz’ali recieving an award from the Imam Khomeini Relief Foundation.
Following a social media model which had been replicated by other newer Shia militias in Syria and Iraq, HAA initially published easily created images showing the group’s new symbol. Later, photos claiming to show fighters from the group, a more official looking fighting force, complete with patches, flags, and official statements began to appear after the group’s initial appearance on Facebook in August. 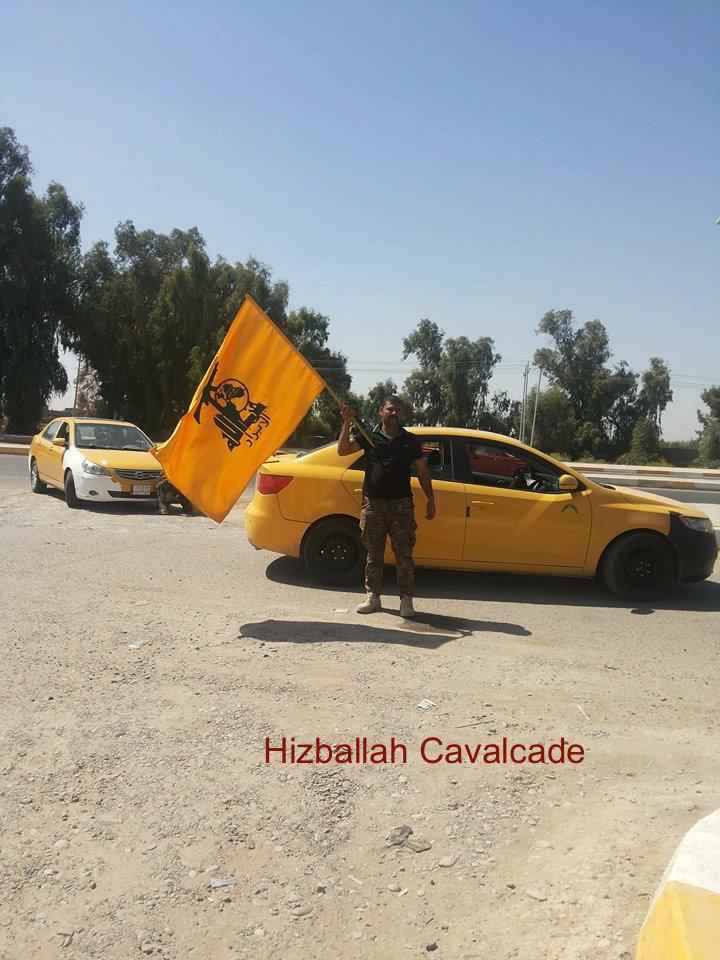 Figure 3: A HAA fighter holding the group’s flag. This picture claimed to show HAA fighters heading to the Battle of Amerli.
In terms of combat deployments, the group has claimed it sent fighters to Amerli, Diyala, Baghdad, and the key battlefront of Jurf al-Sakhr. In a video released on October 28, 2014, HAA combatants waved the group’s flag along with that of Karbala-based Shia militia, Firqat al-‘Abbas al-Qataliya – al-Dafa’ ‘an Muqadisat al-Iraq (The Abbas Fighting Group – Defenders of the Iraqi Holy Sites) in what appeared to be an impromptu celebration commemorating recent victories in Jurf al-Sakhr. 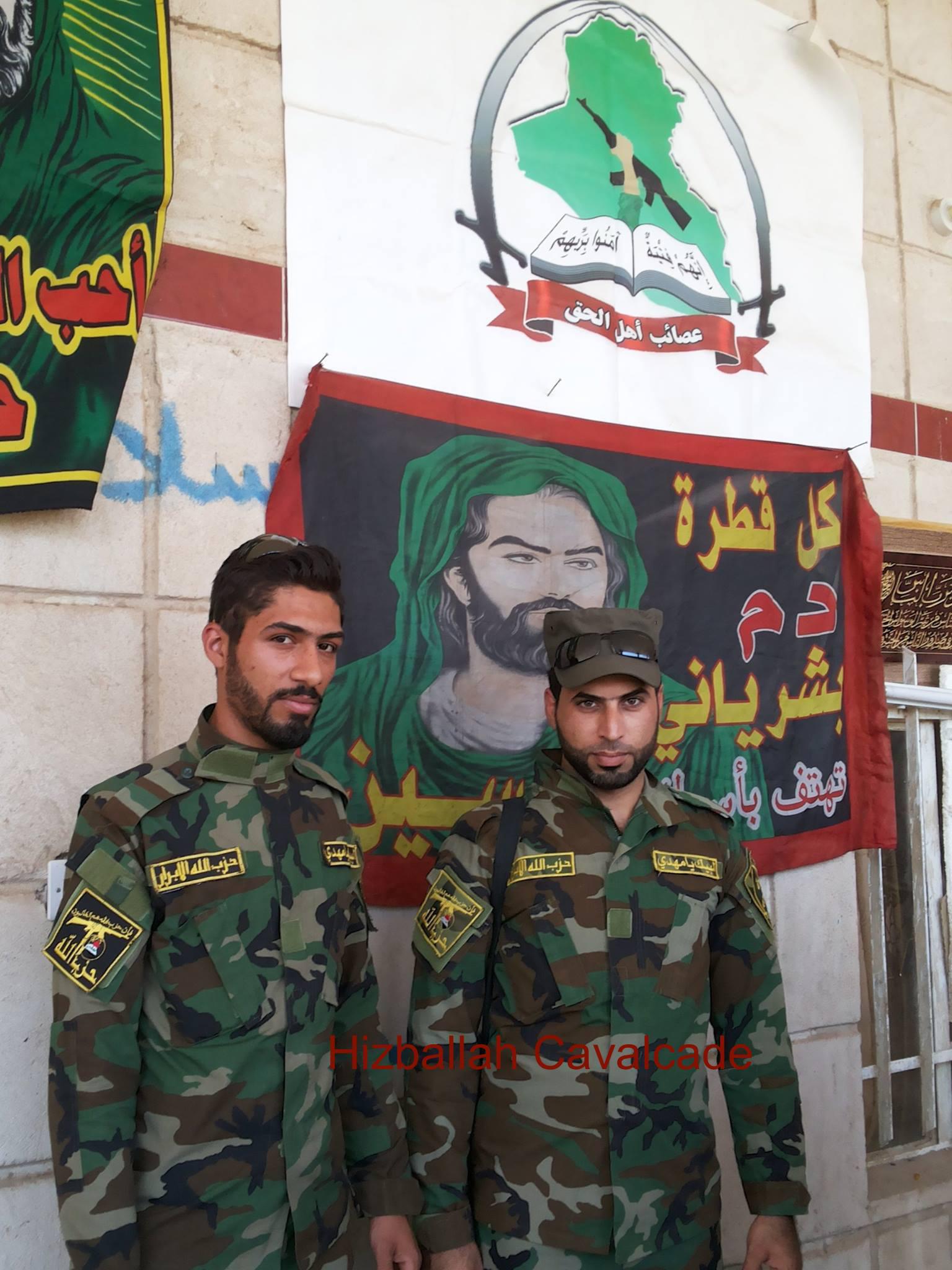 Figure 4: Two HAA fighters, Yasir al-Khazarji and Amir Sa’adi pose together under AAH and Shia religious banners. Note the HAA-specific arm patches.
Despite the fact that HAA has claimed to be positioned across diverse sections of Iraq, it has not stated the size of its force. Furthermore, the group’s quickly paced attempt to appear more professional online may demonstrate that the group will be further developed within Iraq’s Shia militia and political sphere. In fact, Sheikh al-Khaz’ali was pictured in an undated photograph with former Iraqi Prime Minister Nouri al-Maliki and other leaders from Iraq’s internal security forces and army. 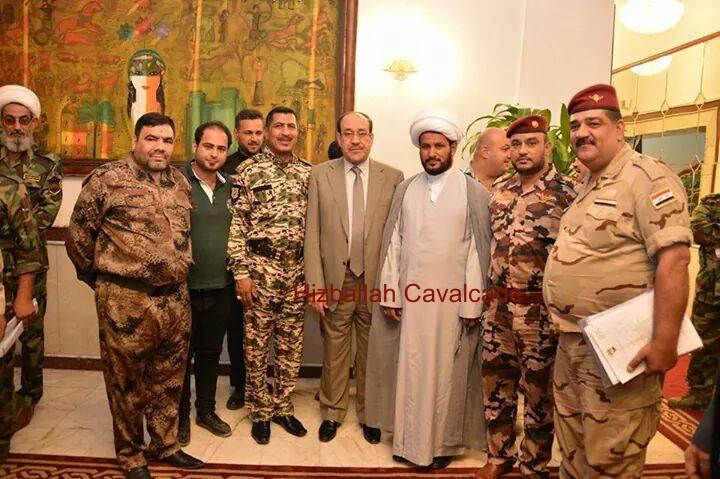 Figure 6 (Left): Sheikh Fadhel al-Khaz’ali poses with former Iraqi Prime Minister Nouri al-Maliki and others.
Thus far, the group has released a number of official statements. Below, a translated version of one statement dealing with “rumors” about ISIS penetrations of Baghdad, gives insight into the group’s worldview, including their anti-U.S. positions and opinions on fighting ISIS. 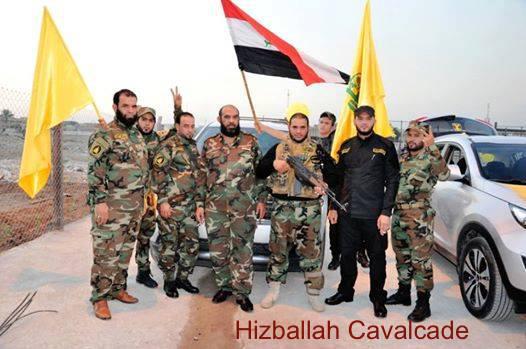 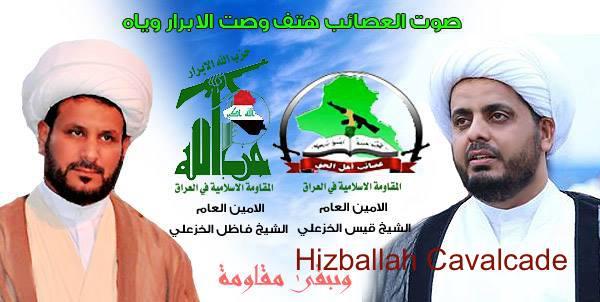 Figure 8: AAH and HAA leaders are pictured together. 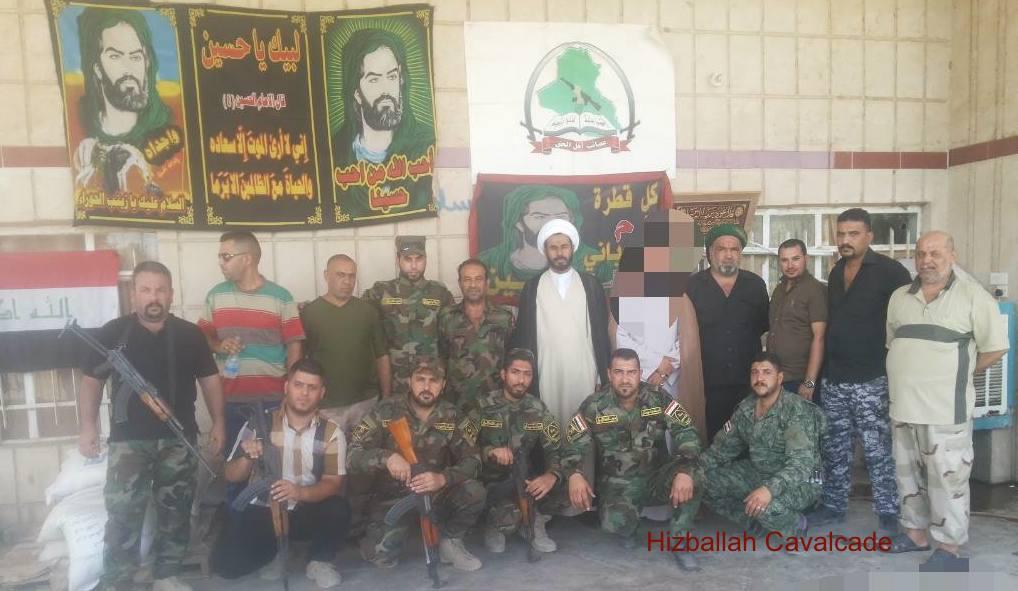 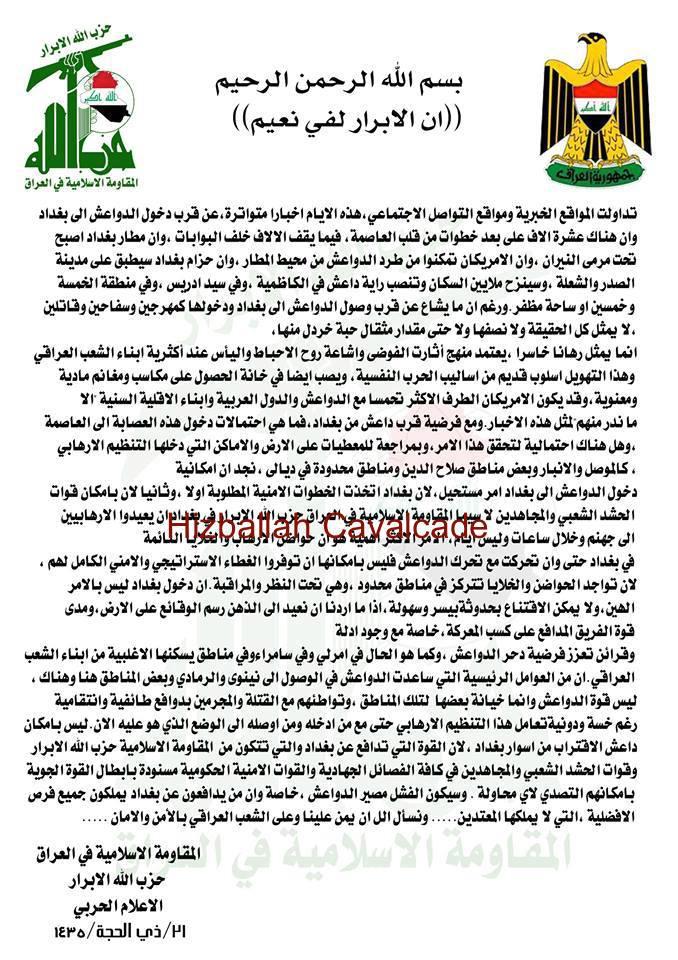 Figure 10: HAA announcement released on social media on October 18, 2014.
Translation of HAA’s October 18, 2014 Announcement*:
There are rumors on social media websites that ISIS is close to entering Baghdad and that there are tens of thousands [of ISIS fighters] steps away from the heart of the capital, while thousands of others are standing behind the gates. Rumors about Baghdad Airport being under fire, that the Americans were able to kick ISIS groups out from the outskirts of the airport, rumors that the belt of Baghdad will close up on the Sadr City and Al-Shu’ala, rumors that millions of residents will become refugees, and that the flag of ISIS will be set up in Khazimiya, in Sayyid Idris [an important Shia shrine south of Najaf] and in the area of Khamsa [a Baghdad neighborhood], Khamsin, or in Muzzafar Square [a central square in Sadr City]. Despite all of these rumors, the clowns, murderers, and killers from ISIS are not close to entering Baghdad. None of them [the rumors] represents a grain of truth.
These [rumors] represent a lost bet that aims to spread chaos, frustration, and misery among the majority of the Iraqi people. This fear mongering is an old method of psychological warfare, it also serves to allow certain material and symbolic games. Regarding the theory of ISIS closing up on Baghdad, the Americans might be the party that is the most excited along with ISIS, Arab countries, and members of the Sunni minority. What are the possibilities this gang will enter the capital and is there a possibility to achieve this?
By reviewing ground data in places where the terrorist organization has entered, such as Mosul, Anbar, some regions of Salah Ad-Din [province], and limited regions of Diyala, we find that it is impossible for ISIS to enter Baghdad, because Baghdad has taken the necessary security steps. Second, because the forces of the popular [militias] and jihadists groups, especially the Islamic Resistance in Iraq Hizballah al-Abrar in Baghdad, can send the terrorists back to hell within hours not days. The most important thing is that those who foster terror and sleeper cells in Baghdad, even if they move along with ISIS’s movement, will not be able to offer full strategic and security coverage for them, because those who foster these cells are based in limited areas which are under surveillance and observation.
Entering Baghdad is not easy and there is no way to be convinced that it will happen quickly and easily. Especially if we want to keep in mind all of the facts on the ground and take into consideration the strength of the defending group, especially since there is proof that crushing ISIS is a likelihood. As is the case in Amerli, Samarra, and areas inhabited by most of the Iraqi people, the main factors which helped ISIS to reach Nineveh [Province] and Ramadi and some regions here and there, is not the strength of ISIS but because of [their sneaky behavior] betrayal. They are betraying these regions by conspiring with murderers and criminals under sectarian and vengeful pretexts. ISIS cannot come close to the walls of Baghdad because the forces which are defending Baghdad and consisting of Hizballah al-Abrar, the forces of the popular movements, and the holy warriors in all jihadist cells, along with governmental and security forces, supported by the heroes of Iraqi Air Force, can confront any attempt to take Baghdad. The fate of ISIS will be failure, especially because the defenders of Baghdad have more privileges than the attackers…we ask God to protect us and the Iraqi people.
* Some sections have been edited so there is better flow in English. Additionally, ISIS is referred to as “Da’ish” in the original statement.