NOTE: For prior parts in the Hizballah Cavalcade series you can view an archive of it all here.
—
Saraya al-Dafa’ al-Sha’bi: Kata’ib Hizballah’s New Force in Iraq
By Phillip Smyth 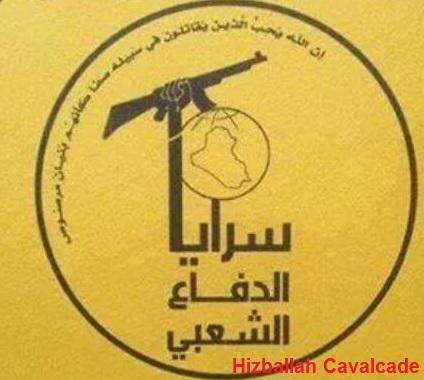 Figure 1: Saraya al-Dafa’ al-Sha’bi’s logo.
Prompted by the launch of Iraqi Prime Minister Nouri al-Maliki’s offensive against Iraqi Sunni elements, the Islamic State of Iraq and al-Sham (ISIS), and groups affiliated with Al-Qa’ida, Iraqi Shi’a Islamist groups loyal to Iran marched in near lock-step announcing support for the offensive. However, fighting has been hard and there has been a greater combat presence for Iranian-backed Shia Islamist forces within Iraq. These deployments are a further manifestation of what has become a growing and often unified front pitting Sunni Islamists against Shia Islamist forces in Iraq, Lebanon, and Syria.
Starting in late-April 2014, Kata’ib Hizballah one of Iraq’s premier “Special Groups” which had battled coalition forces during the Iraq War (2003) and is presently deploying forces in Syria, announced a new recruitment program and deployment of forces under the moniker of Saraya al-Dafa’ al-Sha’bi (the Popular Defense Brigades or SDS). According to the Herak Network, the new organization called for volunteers and generally outlined SDS’s role as defensive and organized around a popular committee type format.1 However, other announcements have established that SDS has been used in a support role for Iraqi military and police units.
Kata’ib Hizballah is one of the more secretive Iranian-backed organizations in Iraq and fields highly experienced personnel. In 2010, Dr. Michael Knights noted, Kata’ib Hizballah was a “compact movement of less than 400 personnel that is firmly under IRGC Qods Force control and maintains relatively good operational security.”2 Since the U.S. pullout from Iraq, the group has expanded and sent a number of its experienced fighters to Syria. The group has publically claimed to have lost more than 30 members since it started reporting losses of its members in Syria in early 2013.3 The group has remained as one of the more covert organizations operating in Syria and Iraq. When compared to newer Iraq-based Iranian-backed organizations fighting in Syria and Iraq, little is known via open source information about Kata’ib Hizballah’s deployments and force size.
Deploying Kata’ib Hizballah’s Newest Creation
In keeping with Kata’ib Hizballah’s higher-level of operational security, there has been a limited amount of information released about SDS. Despite the general levels of secrecy Kata’ib Hizballah has increased their online messaging targeting potential recruits. In one April video, which was released before the announcement of SDS’s existence, Kata’ib Hizballah released a well-produced music video defining themselves as defenders of Iraq. The video wrapped together the sacrifices the group made in Syria to their attacks against Coalition forces in Iraq.

Formally, the group was created as a vehicle to “defend Iraq” and certain neighborhoods. The group’s name suggests a defensive popular committee style role. However, it is clear SDS was created as part of Kata’ib Hizballah’s hope to establish a broader force within Iraq, which could be used to support the Maliki offensive and other operations currently being undertaken within Iraq.
Interestingly, Kata’ib Hizballah’s recruitment efforts for SDS have included a public call, including a somewhat restrained internet-based effort, to push the SDS name and gain fresh recruits for the organization. Yet, unlike their earlier promotions of the conflict in Syria, images of SDS units in combat or of Kata’ib Hizballah members operating in Iraq were not circulated.
It is unknown what training regimens new recruits would have undergone or what types of equipment they may have been issued. However, due to SDS’s newer presence and claims of already being deployed in certain Iraqi hotspots, it’s highly possible the group has been issued weapons systems similar to other Kata’ib Hizballah units fighting in Iraq.
While there is the possibility that a number of new recruits may have been trained and sent to fight within Iraq, it is likely the group is still comprised of mostly regular Kata’ib Hizballah members. It is also probable that as the group expands, its organizational structure will be modeled on how new groups were created and grown in Syria: First a core force of experienced combatants will be deployed and new recruits will join its ranks. The core force is then dispersed into smaller detachments and to other units as newly created subunits gain more combat experience. Nevertheless, this is still conjecture since there has been no published indications of how SDS’s structure will be expanded or crafted.
In an official Kata’ib Hizballah video first uploaded onto Facebook and then YouTube in late-May, the organization formally announced that SDS was fighting alongside Iraqi Internal Security Forces (ISF). This claim was further confirmed by an article in Iraq’s Radio Al-Kawthar stating that the SDS and ISF were fighting in the restive city of Fallujah.4

Even though announcements of the SDS’s existence had been present within internal Kata’ib Hizballah social media networks since April, the video was widely circulated as the formal announcement of its formation within most Kata’ib Hizballah online networks. Along with this announcement, the video offered other details, including claims about payoffs to their Sunni foes (namely ISIS, al-Qa’ida affiliated organizations, Hamas al-Iraq, and Jaysh Rijal al-Tariq al-Naqshabandi) and other data on its leadership.
SDS’s Symbolism
One of the first, and thus far only, pieces of imagery to come out regarding SDS has been their logo. The symbol features elements common to most Iranian-backed Shia Islamist organizations. These include the extended fist clenching a Kalashnikov-style rifle (in this case coming out of the final alif in “Saraya”). Underneath the rifle rests a globe with a map of Iraq in its center. It is likely that the globe, as with the symbol for Iran’s Islamic Revolutionary Guard Corps and Lebanon’s Hizballah, represents the hope for global expansion of the ideology of Ayatollah Khomeini’s Islamic Revolution. The map of Iraq in its center, as with Kata’ib Hizballah’s and Asa’ib Ahl al-Haq’s logos demonstrates the group’s primarily Iraq-focused agenda.

1 See: https://www.herakiq.com/2234
2 See: https://www.ctc.usma.edu/posts/the-evolution-of-iran%E2%80%99s-special-groups-in-iraq
3 This number is based on my own records of Kata’ib Hizballah personnel which have been reported as killed-in-action. It’s important to note that Kata’ib Hizballah actively denied its personnel were present in Syria and even went so far as to claim that some of the group’s “martyrs” died in car accidents/via disease. Nevertheless, these members were given full funerals and described as martyrs. Others were claimed to have been killed doing their “jihadist duties” without any information as to where they were killed. Only later were some of those who were reported as having died due to non-combat/combat related issues named as having been killed while “defending Sayyida Zaynab.”
4 See: https://alkawtharfm.com/%D8%A7%D9%87%D9%85-%D8%A7%D9%84%D8%A7%D8%AE%D8%A8%D8%A7%D8%B1/%D8%A7%D9%84%D8%A7%D8%AE%D8%A8%D8%A7%D8%B1-%D8%A7%D9%84%D9%85%D8%AD%D9%84%D9%8A%D8%A9/4666.html