UPDATE: See Farrall’s clarification below in the comments regarding the nature of this endeavor in comparison to past efforts.
NOTE: Though this is not the first time a forum has created an online college, according to Leah Farrall, I thought it would be worthwhile to mention this. Here is a paraphrased translation of the nine conditions and regulations for joining the college:

The same post also stated that one should let the administrators know if they were interested in attending by responding in the same thread or contacting the Office of Student Affairs. In another thread, the Office of Student Affairs is allowing interested individuals to ask questions about the program through the enrollment date mentioned above.
Below is the statement announcing the establishment of Shamūkh College of Islamic Sciences.
— 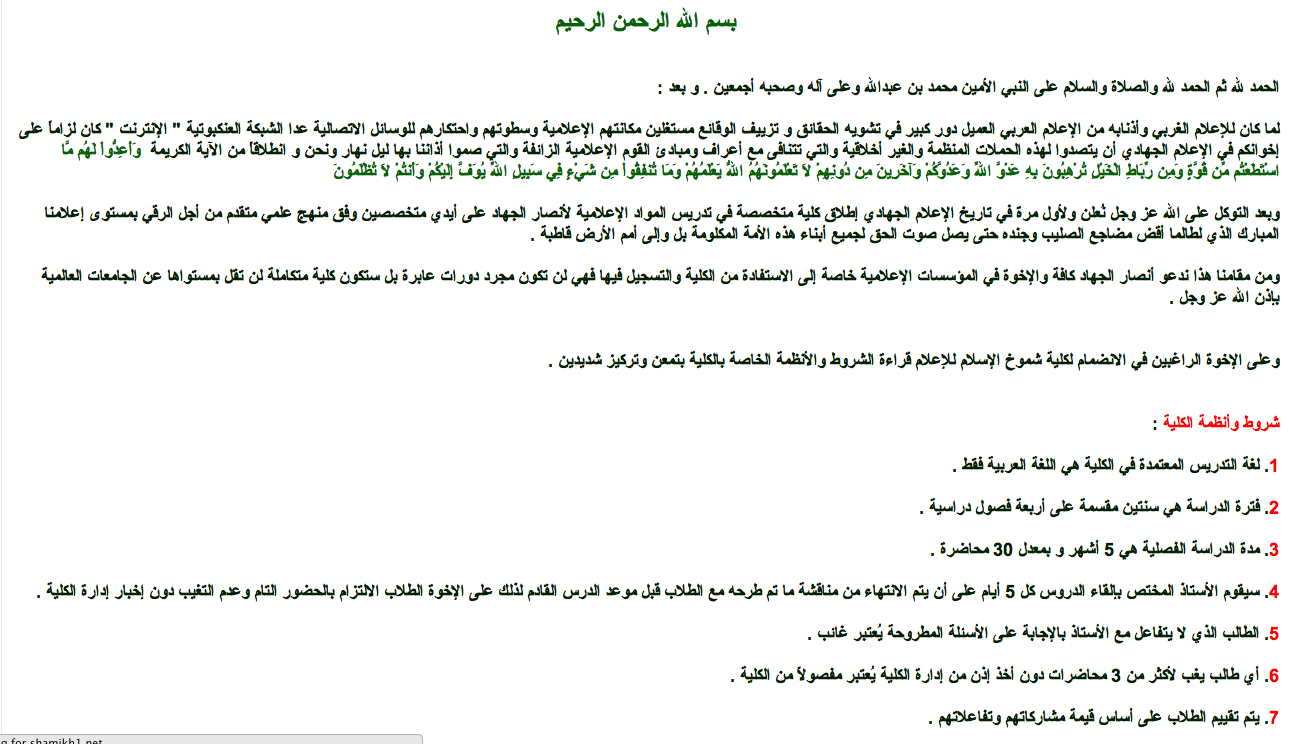